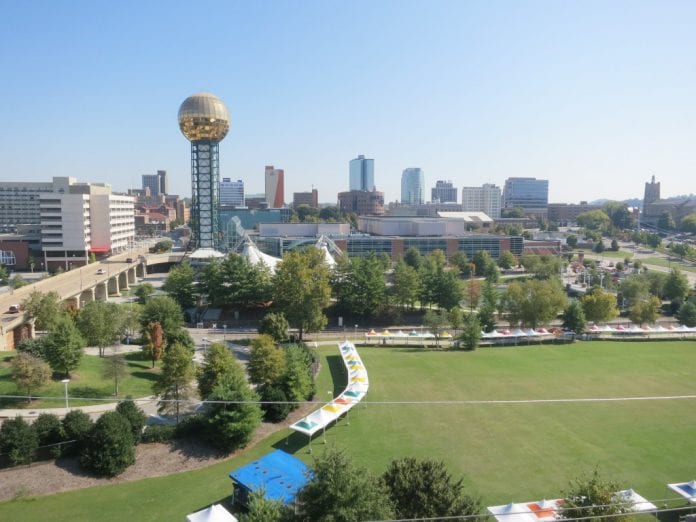 KNOXVILLE, TN — When the polls open for early voting on October 16th in Knoxville the citizens of Knoxville will be making a decision between two of current Mayor Rogero’s former employees: Indya Kincannon and Eddie Mannis.

By the time the polls close on November 5th, one will be the next city mayor of Knoxville.

Mannis is born and bred in Knoxville. He owns Prestige Cleaners with 13 locations and

under Rogero was Knoxville’s first Chief Operating Officer. For over 10 years, his organization Honor Air Knoxville, has flown over 3500 veterans from the WWII , Korea, and Vietnam wars  free of charge to Washington DC to see their memorials and brings them back home where they receive a soldier’s hero welcome back home when the plane lands at Mcghee Tyson Airport which many, especially those of the Vietnam era did not receive.

Mannis platform includes economic development and growth,  getting the homeless off the street with a priority on veterans and youths aging out of foster care. On the issue of affordable housing, he supports a housing trust fund and using blighted properties to address the needs of affordable housing as one alternative.

Kincannon who moved to Knoxville twenty years ago, was Mayor Rogero’s Special Programs

Manager and also served on the Knox county Board of Education both as a member and chair for over 10 years.

An avid Big Orange Fan, she was a strong community advocate and as part of her platform wants to build strong neighborhoods and quality education across the city. Her platform also supports trust funds for affordable housing but with an emphasis on work force development.  She had a goal of listening to all communities to make the best decision for that area.

Both candidates are in support of removing gun shows from city owned property, and support the use of body cams for city police in light of the recent death of a Knoxville resident involving a city officer.

The choice belongs to the over 187,000 people of Knoxville.

Local elections directly affect the people of a city; more so than the presidential elections.

The people, having heard from both candidates from multiple city forums and many television and radio ads must make the choice.

Every vote counts. Please be sure to vote.