KNOXVILLE, TN — Two months after a huge parade for the unveiling of the statue commemorating the vote by Harry Burns sealing the women’s rights to vote, on the 98th anniversary, the statue base was revealed during the annual History Fair.

The base has engravings of the letter from Feb Burns to her son encouraging him to do the right thing and the history and the donors.

The next unveiling will be of the community donors in the form of bricks leading to and surrounding the statue. 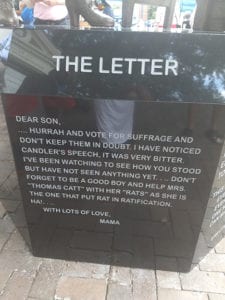 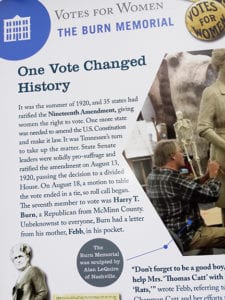