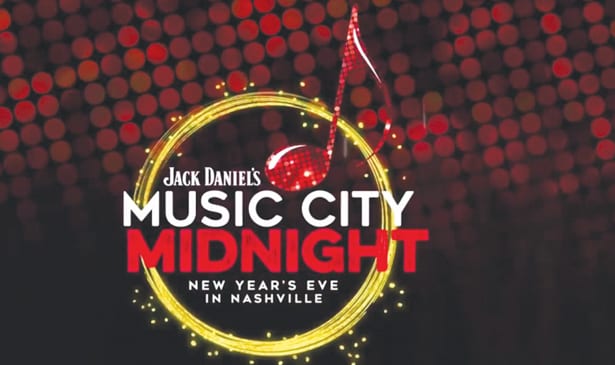 NASHVILLE, TN — The legendary Fisk Jubilee singers are a part of the stellar list of entertainers scheduled to perform at the Jack Daniel’s Music City Midnight: New Year’s Eve in Nashville (#NashvilleNYE).

GRAMMY-winner Keith Urban will headline for a second year in a row, the Nashville Convention & Visitors Corp announced today. Urban will lead a diverse lineup that includes CMA New Artist of the Year Maren Morris, Rock and Roll Hall of Fame inductees Cheap Trick, 2017 country music breakout artist Carly Pearce, R&B artist Jonny P, along with the Fisk Jubilee Singers. The event takes place at the Bicentennial Capitol Mall State Park is free and open to the public. Earlier this month, Nashville was named the No. 1 destination in the USA Today 10Best Readers’ Choice Top Ten Best Place to Ring in the New Year travel contest.

“We are thrilled to have Keith return to headline our New Year’s Eve show with a lineup that represents the great diversity of music genres thriving in Music City,” said Beth Seigenthaler Courtney, chairman of the Nashville Convention & Visitors Corp and president of DVL Seigenthaler. “We look forward to welcoming tens of thousands of visitors in the crowd of 100,000, who will fill up hotel rooms, eat and shop across Davidson County and generate substantial economic activity.”

Butch Spyridon, president and CEO of the Nashville Convention & Visitors Corp, added, “With the tragedy in Las Vegas still fresh on our mind, as always we are taking the necessary precautions and refining our security plan with partners at the federal, state and local levels, including our full-time security team and the Metro Nashville Police Department. We moved to Bicentennial Mall last year to accommodate the growth of the event and to enhance our safety measures, and we will continue our efforts to provide the most comprehensive security possible.”

Gates will open at 4 p.m. on Dec. 31, and the raising of the Music Note will take place at 6:15 p.m. with the concert to follow. The event will include the traditional Music Note Drop and accompanying fireworks display to ring in the New Year against the backdrop of the iconic State Capitol building and unique view of the Nashville skyline. Storme Warren and Kelly Sutton will serve as emcees.

Nashville is scheduled to be a featured location as part of CNN’s “New Year’s Eve Live with Anderson Cooper and Andy Cohen.”