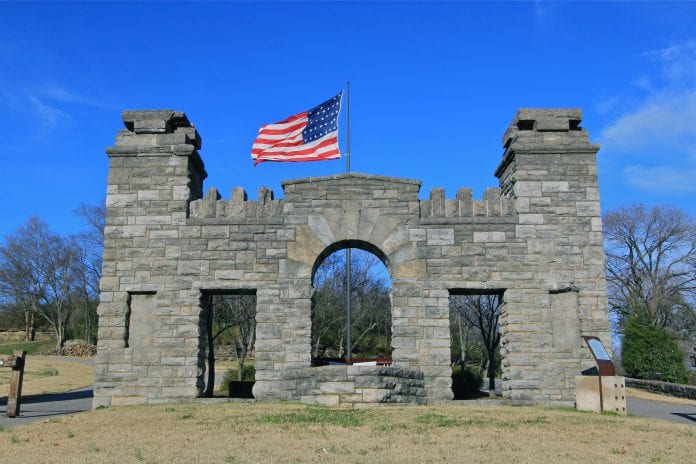 There is much controversy surrounding the forthcoming razing and redevelopment of the Greer Stadium and its parking area, and how it will affect Fort Negley. Little wonder too, as those who won the bid to redevelop the property try to sugar coat the situation with charm and rhetoric that has little to do with respecting the African American history.

First, let’s clarify. Greer Stadium – parking area and all – is in Fort Negley Park. It is not a separate piece of land. Fort Negley Park covers near 60 acres and the Fort itself was built mostly by African American local slaves or slaves who’d already been freed but who were conscripted into service. Many were told their “slave status” would be revoked if they did this work for the Union Army. Over 2700 blacks were involved in its construction. Many gave their lives for it.

Second, there is a need for further discussion as to the decided development of this area – as seemingly, the majority of the community would prefer this area to remain as green space.

There is also need for scrutiny of these developers and of their plan. Not simply to be hardnosed but to make sure this area, at the very least, is handled with great care. And if development of the area does ensue and remains of African Americans or soldiers are found, that there is a definitive, publicized plan that ensures they will be honored and protected; one that outlines in detail to the public how that will be done.

Professor Zada Law, noted archeologist and professor at MTSU thinks any redevelopment could be detrimental to the history still buried there. Law has been quoted as saying, “the thing about removing is you don’t necessarily get all the pieces” [because we] “don’t know how well they did it 150 years ago.” Further the area is “not just a military landscape. It is one of the most historic African American and archeological sites in the United States.” So there is a great need for care in this area.

Historical African American cemeteries are threatened by several sources such as un-kept vegetation, forgetting they exist, vandalism and individuals who are interested in excavating or building on top of these cemeteries for commercial profit with no regards for preservation of our ancestors.

When the Nashville Zoo unearthed African American graves in 2014, they took great strides to find out all they could about the persons they found and started exhibits to tell more about who the people were – simply out of respect. Will Bert Mathews and his team do the same?

Nothing has been reported that would bring anyone to that conclusion.

The conclusion that has been drawn is that the public relations light is shining only on what these developers want the public to see and that they are downplaying the historical significance of this area. Seemingly, these developers are trying to blind the community with distractions; things like opinion pieces and other strategically placed statements in the news media stating, ‘this development will create additional parkland, look what a great cultural area this will be, there will be music destinations, affordable housing, places for families to gather, etc.”

Many have read these carefully placed and strategically timed stories about how wonderful it all is – and yay, at no cost to taxpayers. But what about the truths surrounding the big questions?

What will developers Bert Mathews, T-Bone Burnett and Tom Middleton be doing to preserve the history of the African Americans who gave their lives to build Fort Negley?

Af r ican-Amer ican cemeteries are absolutely essential to understanding African-American ancestry. These fragile, sacred burial grounds are among the most valuable of archaeological and historic riches and often times present the only evidence that our ancestors were a part of the fabric that contributed to the African American culture in Tennessee.

There is no mention of a museum to carry on the story. Why not? Should it not be part of the “culture” they claim to be creating?

If this moves forward it should, by all means, include a huge memorial to our ancestors, not some tiny marker on the grounds. And if there are soldiers still buried there they should be moved to Greenwood Cemetery where most of our prominent ancestors are buried like all of the College Presidents, bankers, lawyers, etc.

The majority of this community – from all observations – wants to keep this area green. Why so much resistance to provide a museum? Why not allow others the chance at developing a plan that would include both a museum and folding Greer Stadium and its parking area back to parkland that would improve the neighborhood? Doing so could produce additional tourism dollars, honor Nashville’s Civil War history and preserve the fragile area where so many African Americans gave their lives. Doing so…would be to respect African Americans.