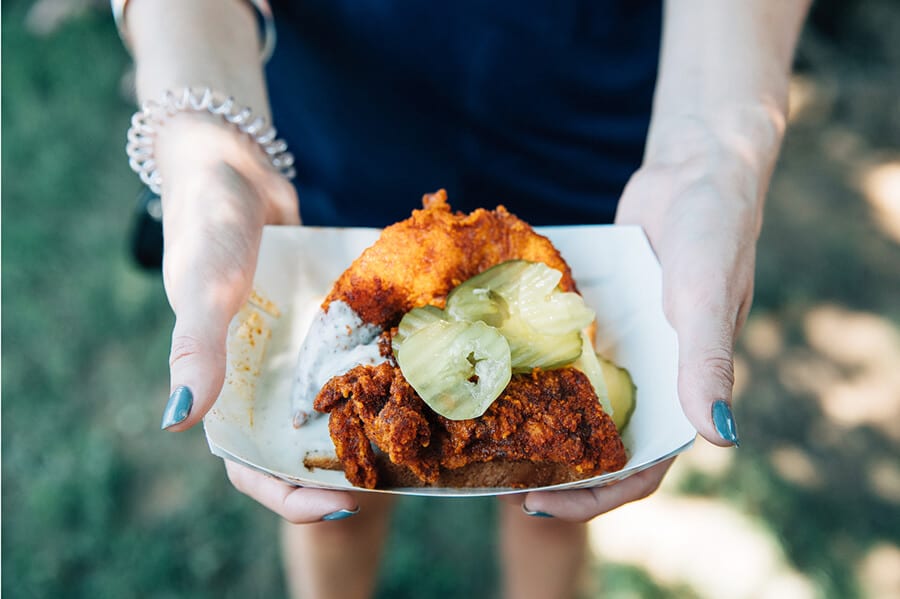 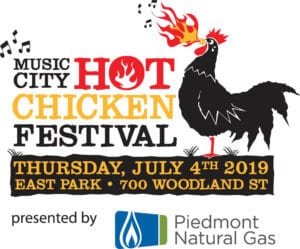 culinary gift to the world. The event will be held Thursday, July 4 in East Park, 700 Woodland Street. The festival commences with the Hot Chicken Fire Truck Parade beginning at 10:30 a.m. at 8th and Woodland and marching to the East Park festival location.

The festival begins at 11 a.m. with free samples for the first 500 people. More than a dozen food vendors, including Nashville’s most prominent hot chicken establishments, will serve up their finest dishes.

The festival hosts an amateur hot chicken cooking contest from noon to 2 p.m. judged by

select hot chicken connoisseurs, including former and festival founder Nashville Mayor Bill Purcell.  This year four amateur contestants will compete for the title currently held by Steven Younes of the team “Big Steve and the Hot Chickadees!” who won last July 4, 2018. Contestants this year include:

Stacy Hawkins of the team Hathaway Hawkins. Hawkins states her interest in hot chicken began with her mother.

She believes that she is one of the elite who can offer the best Nashville hot chicken.

Shane King of Acklen Hot Chicken says that since moving to Nashville two years ago for graduate school, hot chicken became his obsession. Over the last six months he’s been on a quest to design the perfect hot chicken recipe.

Lamont Hurt of Hurt’s Hot Chicken has been perfecting his Nashville hot chicken recipe from his trailer in Mt. Juliet. Lamont is ready to compete with the big establishments and sees the festival as his stepping stone.

To volunteer for the festival and receive a free t-shirt and beverages visit https://volunteersignup.org