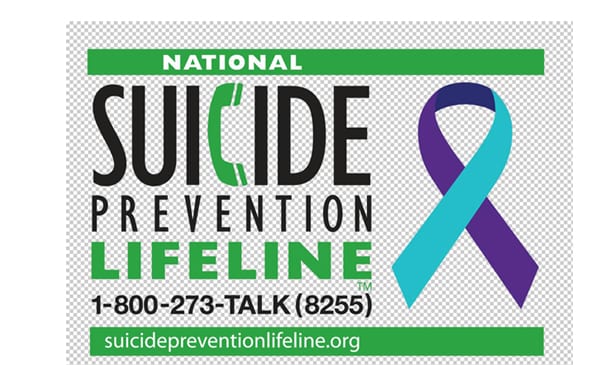 NASHVILLE, TN — In response to newly released data showing that three Nashvillians die by suicide every week, Mayor David Briley has announced a partnership with the Tennessee Suicide Prevention Network (TSPN) to offer training for all Metro employees in an effort to help identify and provide assistance to persons in crisis.

An evidence-based suicide prevention training, QPR (Question, Persuade, Refer) was provided to the Mayor’s Office staff today and is being made available on a monthly basis to all Metro employees in cooperation with Metro Human Resources. Those employees who interact with members of the public or at-risk individuals are especially encouraged to participate.

“This is not a quick-fix solution, but it is a way to raise awareness, improve training and try to lessen the tragic toll of suicide on our community. I am grateful to the TSPN for their partnership. You just don’t know when you might need to help someone in crisis, and this training will give our public servants the tools they need to be able to do that in a meaningful way,” said Mayor Briley.

According to the Tennessee Department of Health (TDH), there were 158 reported suicide deaths in Davidson County last year, a 44 percent increase since 2014, when 88 Nashvillians died by suicide. The local trend mirrors national statistics, with the Centers for Disease Control and Prevention reporting an increase in suicide rates in 49 of 50 states between 1999 and 2016.

“The more Tennesseans who are trained in suicide prevention, the more lives we can save in our state. I would love to see Mayors across the state follow Mayor Briley’s lead in addressing suicide prevention, and I invite businesses and other community providers to get involved and talk to us about how we can help,” said TSPN Executive Director Scott Ridgway.

Suicide is a complex issue affected by multiple factors, including mental illness and prior suicide attempts, access to lethal substances or weapons, poor coping and problem-solving skills, as well as social and economic problems. The number one risk factor for suicide is undiagnosed depression.

“Any suicide is tragic, and it is heartbreaking to know that deaths by suicide are rising fast in our community. Each Nashvillian that dies by suicide is a family member, a neighbor, or a friend,” said Mayor Briley. “It is critical to reach people and get them connected to help before it’s too late.”

Like CPR, this (QPR) suicide prevention training is an emergency response to someone in crisis and recognizes that everyone has a role in recognizing the signs and symptoms of suicide and responding.

TSPN recommends that everyone familiarize themselves with the warning signs of suicide (listed at http://tspn.org/warning-signs) so they can find help for themselves and those around them if they need it. To request a TSPN training, visit http://tspn.org/request-training-now.

For anyone who is thinking about suicide, is worried about a friend or loved one, or would like emotional support, the 1-800-273-TALK (8255) Suicide Prevention Lifeline network is available 24/7 across the United States.  The Tennessee crisis text service is available by texting “TN” to 741741.