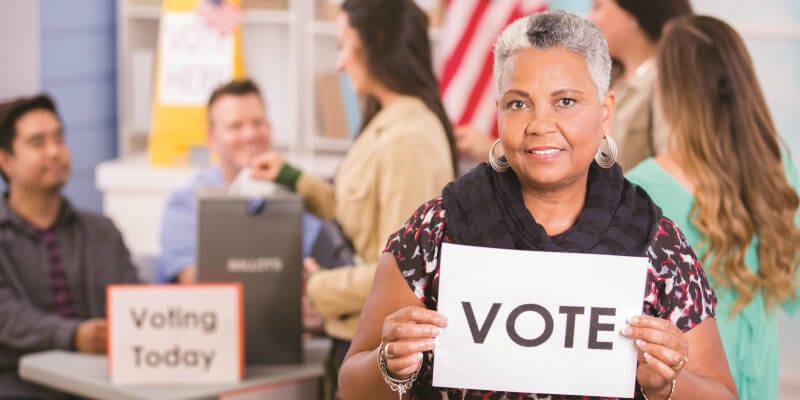 NASHVILLE, TN — More than 40 Nashville organizations are joining forces to commemorate the centennial of the 19th Amendment to the United States Constitution, granting the right for women to vote. Tennessee was the 36th and final state to ratify the amendment, and the deciding vote was cast in Nashville.

Participating organizations are planning a series of events to create opportunities for the entire community to participate in dialogue, learning, performances, exhibits and voter education, and to recognize the work it takes to maintain a thriving democracy. Events will run through 2020, with a key focus on the period surrounding the centennial date of the Tennessee ratification on August 18, 1920, and the subsequent certification by the U.S. Secretary of State on August 26, 1920.

“Tennessee played a pivotal role in ratifying the 19th Amendment, and the centennial presents an opportunity to explore this history and engage with our community and visitors in meaningful ways,” says Rebecca Price, President and CEO of Chick History. “This series of special events and performances, presented by Nashville’s diverse and dedicated arts and humanities organizations, businesses, and other partners, welcomes people from across the state and around the country to commemorate this moment in American history and reflect on its continuing legacy on our democracy.”

“Led by a group of dedicated Nashvillians including native Anne Dallas Dudley, our city played an important role in the ratification of the 19th Amendment,” says Mayor David Briley. “We should always be proud of and celebrate our city’s progressive values, and it’s great to see so many local organizations coming together to honor the upcoming anniversary. I encourage everyone to participate in the many events that will take place to commemorate this milestone in American history and to be mindful of the power we all have in shaping our democracy. I look forward to sharing more news regarding this anniversary very soon.”

Organizations and businesses interested in participating in the 19th Amendment Centennial Commemoration are encouraged to contact 19thAmendmentCentennial@gmail.com for more information.

On View Through August 2020 HISTORIC WOMEN’S SUFFRAGE EXHIBIT. Explore a display of The Hermitage Hotel’s private collection of historic artifacts dating from the summer of 1920, when Suffragists were headquartered in the hotel. thehermitagehotel.com

August 16-17, 2019 VOTES FOR WOMEN! COMMEMORATING WOMEN’S SUFFRAGE. Join Tennessee State Parks, the State Museum, and the State Library and Archives for two days of activities commemorating the 99th anniversary of the 19th Amendment ratification. The free event on August 16, 10am-4pm at Bicentennial Capitol Mall State Park, includes living history programs, hands-on activities, a walking tour, and more. The Perfect 3.6 Race for Ratification offers a 1-mile course and a 3.6-mile course at Bicentennial Capitol Mall State Park at 7am on August 17. Register for the race online. tnstateparks.com

August 24, 2019 WOMEN’S RIGHT TO VOTE – 99 YEAR ANNIVERSARY. Organizations honoring the women suffragists in Tennessee who secured the right in 1920 for all women to vote will lay wreaths at the foot of Woman Suffrage Monument in Centennial Park at 11 am. tnsuffragemonument.org

October 9, 2019 TENNESSEE STATESMAN HARRY T. BURN: WOMAN SUFFRAGE, FREE ELECTIONS AND A LIFE OF SERVICE. Tyler Boyd, author and great-grand-nephew of Harry T. Burn who cast the tie-breaking vote to ratify the 19th Amendment, will lead this lecture. The event is presented by the Tennessee Historical Society and takes place at 5:30pm at Fort Negley Visitors Center. tnwoman100.com

October 20, 2019 TEA WITH HARRY T. BURN. The League of Women Voters of Nashville hosts an afternoon “suffrage tea” featuring Tyler Boyd, author and great grand-nephew of Harry T. Burn, who will give a book talk about his illustrious relative who cast the final vote that passed the 19th Amendment. lwvnashville.org

Visithttps://www.visitmusiccity.com/19thamendment for a full listing of events, education resources and participating partner organizations.