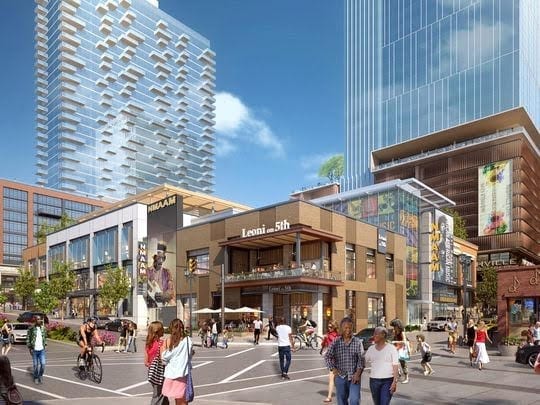 Little of beauty has America given the world…; the human spirit in this new world has expressed itself in vigor and ingenuity rather than in beauty. And so by fateful chance the Negro folk-song—the rhythmic cry of the slave—stands today not simply as the sole American music, but as the most beautiful expression of human experience born this side the seas. It has been neglected, it has been, and is, half despised, and above all it has been persistently mistaken and misunderstood; but notwithstanding, it still remains as the singular spiritual heritage of the nation and the greatest gift of the Negro people. (W.E.B. Du Bois, “The Sorrow Songs,” The Souls of Black Folk (1903))

The gifts are many of musics created and creatively expressed by Black folks and shared with the world. Hardly any of the various forms and genres of the musics are understood, thus fully and appropriately appreciated, in keeping with the expansive reach and ravenous intensities of their consumption. And across the centuries of their creation, performance, and consumption, no institution has been created and sustained that has been devoted to providing experience-enhanced understandings of the musics in their full historical sweep; of the socio-cultural contexts that conditioned the life-sustaining significances of the emergence, performance, and consumption of the musics for people of African descent in the United States of America; of the extraordinary impacts of the musics on other peoples in this country and elsewhere, on their music creation and consumption…until now. Until the creation of The National Museum of African American Music. In Nashville.

How fitting for Nashville, Tennessee, the city from which, Du Bois noted in “The Sorrow Songs,” the Fisk Jubilee Singers “sang the slave songs so deeply into the world’s heart that it can never wholly forget them again.” There would be even more music in Nashville from the descendants of enslaved people of African descent, music that has altered the rhythmic harmonies of waves of sound so as to retune the harmonic vibrations of souls and the movements of feet and bodies. Ask those who know what it was like, back in the day, to be in attunement to the music in various stops along Jefferson Street. Ask those who know the significance of deep, soulful listening to the sonorities of Black music radiating to the southern and northern borders of the country, and well into the eastern and western portions of the country, from WLAC, one of the nation’s most powerful radio stations, into homes, automobiles, and new-fangled portable radios, and by way of special packages of records promoted on the airwaves that were purchased by mail-order from Randy’s Record Shop in Gallatin, TN, and Buckley’s Record Shop on Church Street.  How fitting for a city that is now known world-wide as “Music City USA.” Far too few who know this anticipate that the tag-line soon to be added to this moniker is “And, it ain’t all country!”

The NMAAM will ensure that they come to know this. The NMAAM will ensure that all who enter its doors and immerse themselves in experiences of informed engagements with the musics, music-makers, music-performers, and the socio-historical contexts of the lives of those for whom the musics were and are of primary significance will come to understand.

And where best can The NMAAM engage in this ongoing work of cultivating knowledge and understanding of musics that will be of historic significance? Where the opportunities for engagement are greatest, where millions already come on pilgrimages to sacred sites of musical engagement and learning: that is, in downtown Nashville where the cultivation of the city’s identity as a capital of musics of international importance is the business of the city.

Of course, there are those who lament the relocation of The NMAAM from the intersection of Rosa Parks Boulevard and Jefferson Street, who lament the loss of The NMAAM as a monument to the historic importance of Jefferson Street to Black music in Nashville. But, here’s the catch: The NMAAM will not be a monument to the past. It will be, instead, an ongoing institution devoted to the cultivation and sharing, through immersive experiences, of critically informed understandings of historic and ongoing productions of musics by and about Black people in the United States of America and continuing historic influences on the musical experiences of others.

Consider: Why was the Schermerhorn Symphony Center not built in Green Hills or Belle Meade? To be sure, because influential supporters of that venture were determined to alter the identity of Nashville as a city of music to be inclusive of European and Euro-American classical music by way of a world-class facility and world-class performances. Consider the newly opened National Museum of African American History and Culture in Washington, DC: Why is this museum on The National Mall along with other federally-supported museums rather than situated on Georgia Avenue near Howard University? To be sure, in order to be readily accessible to the many millions who visit our nation’s capital yearly and partake of the various museum experiences available along the Mall. Consider the Martin Luther King, Jr. Memorial: Why is it situated among the several memorials along Independence Avenue in southwest Washington, DC (with MLK staring down the Thomas Jefferson Memorial directly across the water, I might add) rather than along Georgia Avenue in northwest Washington? Again, so as to be in the national and international mixes while altering the identity, and thereby the significance, of memorialized spaces in our nation’s capital. (And for those who might not be in the know, the official address of the King Memorial is 1964 Independence Avenue, SW! How is that for marking with new significance a location in our nation’s capital?)

African American musics, performance and consumption, were once of great significance to life along Jefferson Street, but are quite less so today. And there are no indications of an impending renaissance that would bring back to the street the music life so revered by a declining few. There is no reviving of the past as present and future. Moreover, there is enormous danger to be suffered in living in the warming, but fading, glows of nostalgia. Let us know our history; but let us not become entrapped by enthrallment with what was done in the past. Rather, let us seek always to ask “What must we make of the challenges and opportunities of the present and future, some of which those who came before us did not—could not have—imagined?”

Downtown Nashville is undergoing continuing, very substantial transformations as the city continues to enjoy the coming of new peoples in record-setting numbers. The city’s identity will change, as well. Fifth Avenue has become, indeed, “The Avenue of the Arts.” Further arts-enhancing developments are under way, more are planned, others not yet even anticipated. But, The NMAAM will be there, solidly positioned at the intersection of Broadway and Fifth Avenue to alter how current and future generations come to understand, identify, and identify with Nashville as, in the words of the Queen of England commending the Jubilee Singers more than a century ago, “a musical city.” Indeed. And, it ain’t all country! The NMAAM is coming to downtown…