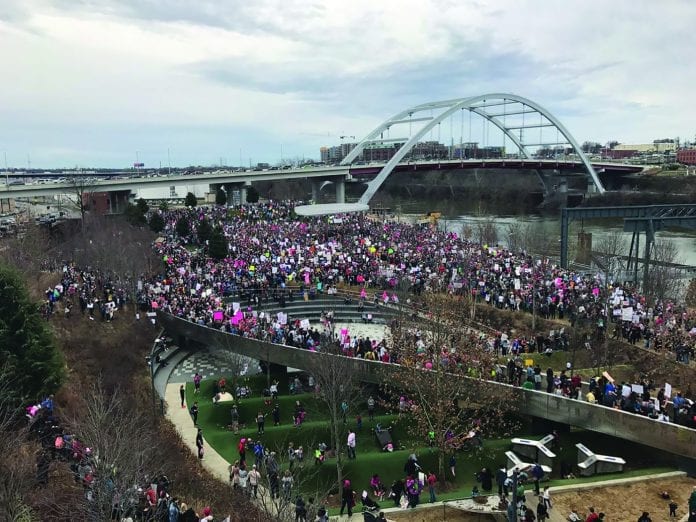 Whenever controversial or tragic events occur involving the police department, the actions of those in charge are always under close scrutiny. That is especially true when a death is involved, and even more so when an officer shoots and kills an unarmed black male. But so far in the case involving Officer Joshua Lippert and the death of Jocques Clemmons, the Tribune thinks that the actions of Metro Police Chief Steve Anderson have been commendable.

First, he met with several Black ministers. Then at a press conference he agreed to a full and open investigation of the situation. Subsequently the FBI has announced they will also monitor the investigation. District Attorney Glenn Funk has said the entire report will be made public on the District Attorney’s  website. Mayor Barry also announced that the investigation would be transparent and public, while both she and Chief Anderson also paid their condolences to the Clemmons family.

But that doesn’t mean everything in this case has been handled perfectly. An original police statement about a scuffle between Lippert and Clemmons was later disproven by release of new video footage showing Clemmons first trying to run past Lippert, then turning and trying to flee. The reasons for the disparity in statements was that the footage initially wasn’t available due to a broken police video camera (I’ve heard this too many times in this country).

If that was the case, then NO statement should have been issued by anyone until all the footage was available. It is also regrettable that some media sources and some individuals have tried to paint Clemmons as some sort of roving, permanent criminal who just got what was coming to him. That sort of racist characterization does nothing except inflame prejudices on one side and anger and outrage family and community residents on the other. It has nothing to do with the investigation and only makes it that much harder to objectively determine the truth.

The Tribune supports the activists marching in their calls for a full and public disclosure of all information in this case. Moving forward, we also call for an independent civilian review board, and body cameras for all police officers. No MDHA officials should be threatening evictions to people participating in lawful demonstrations, or trying to discourage residents from expressing their opinions in a legal and peaceful fashion.  We are not part of Russia yet.

It provides a means for public expression and is one of the foundations of a democratic society.

To the MDHA officials – in case you forgot your history – this right applies to protest marches and demonstrations, press conferences, public and private meetings, counter-demonstrations, ‘sit-ins,’ motionless protests etc.

The Tennessee Tribune has the confidence that Chief Anderson will conduct  a thorough and unbiased investigation.  We understand the frustration and anger in our community, and we are glad that people aren’t just sitting back and doing or saying nothing.

All the Tennessee Tribune ask is that demonstrations continue to be orderly and peaceful, and that no one be unfairly targeted or harassed by MDHA or by others. We believe that the District Attorney and the Mayor will be transparent and that all reports and information gathered by any agency in this matter will be made public as quickly as possible.

When a decision on Officer Lippert is made, it should be done in a quick and transparent fashion… if the investigation has been done fairly, the results will reflect that. Above all it is vital that everyone, residents and police, work together for the betterment of this city. We know we have some troubled times ahead especially with the denial of employment for African American men here in city government. But that is another issue for another day.

Historically, Black citizens in Nashville have often viewed the police as indifferent at best and hostile at worse. How they behave in situations like this goes a long way towards either improving or worsening the relationship.

We are very pleased with what we have seen from Chief Anderson and the District Attorney here in Nashville. Some others, including some of the local majority media and MDHA could learn some lessons.