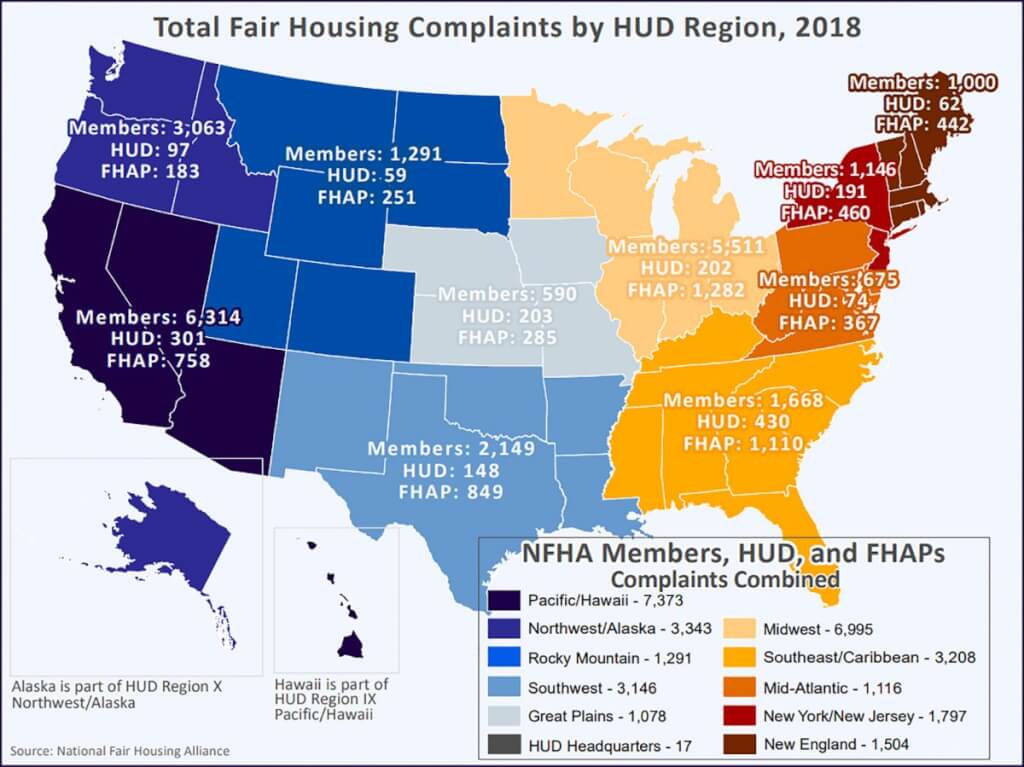 As a candidate, President Donald Trump promised if elected that deregulation of the federal government would be an administration priority. Soon after taking the oath of office, he issued an executive order requiring that all departments and agencies to eliminate two existing regulations for every one new regulation proposed. In some cases, rules that were adopted prior to his term office but had not yet taken effect were either suspended or delayed.

For example, the long-awaited payday rule at the Consumer Financial Protection Bureau (CFPB) was one important consumer protection that was delayed. Similarly, at the Department of Education, two rules providing protections for student loans were also delayed. More recently, this column shared how Housing and Urban Development (HUD) Secretary Ben Carson claimed that regulation was the reason for homelessness, not affordable housing.

Now new research by the National Fair Housing Alliance finds that as fair lending laws have not been aggressively enforced, a corresponding rise in hate crimes and fair housing complaints have emerged.

Even when it comes to enforcing and defending legal breaches, NFHA’s report documents how few government offices are upholding laws. Some 75% of last year’s fair housing complaints were pursued by private, nonprofit organizations across the country. Only 25% of such cases were the result of combined government actions by state, local and federal agencies.

“All the tools and resources we have been afforded by the passage of our Fair Housing Act and fair lending laws are either under attack or being gutted,” noted Lisa Rice, President and CEO of NFHA. “[W]e must concern ourselves with policies pushed by our federal, state, and local governments that are steeped in hatred and designed to inflict pain.”

Instead of strengthening federal fair housing guarantees, HUD is a prime example of how regulations are trying to reverse decades of progress. One particular HUD rule, disparate impact, is at severe risk. This long-standing legal tool has helped root out discriminatory practices and policies in both housing and lending. In 2013 and under the Obama Administration, HUD set up safeguards that assured consumers could pursue related claims while businesses were protected against claims without merit.

With disparate impact, both community banks and FDIC-insured institutions have achieved net growth profits. The rule has proven to create lending that is fairer and profits that investors desire.

Even a 2015 landmark fair housing case that made its way to the U.S. Supreme Court upheld disparate impact as a cognizable claim under the Fair Housing Act. In Texas Department of Housing and Community Affairs v. The Inclusive Communities Project, Inc., the nation’s highest court found the disparate impact rule to be an important fair housing tool to move towards a more integrated society.

So why would Secretary Carson try to roll back a rule that should be settled law?

“Instead of creating barriers for claimants, HUD should honor its mission and work to ensure that African-American, Latino, and other communities harmed by housing and lending discrimination have every tool to stop it so that all Americans have an opportunity to thrive,” wrote the organizations.

For the Cooperative Baptist Fellowship, the National Baptist Convention USA, Inc., the Rainbow Push Coalition, and scores of other local, state and regional faith members, HUD was reminded of the immorality of its proposed rule.

“Everyday Americans are now struggling to keep and/or find homes they can afford,” wrote the clergy. “As housing prices rise faster than incomes, an increasing number of people grapple with challenges of how hard it is to keep their loved ones safe. When the additional and illegal burden of housing discrimination emerges, the lives of many people worsen.”

Here’s hoping that within government there are still public servants that support improving peoples’ lives.