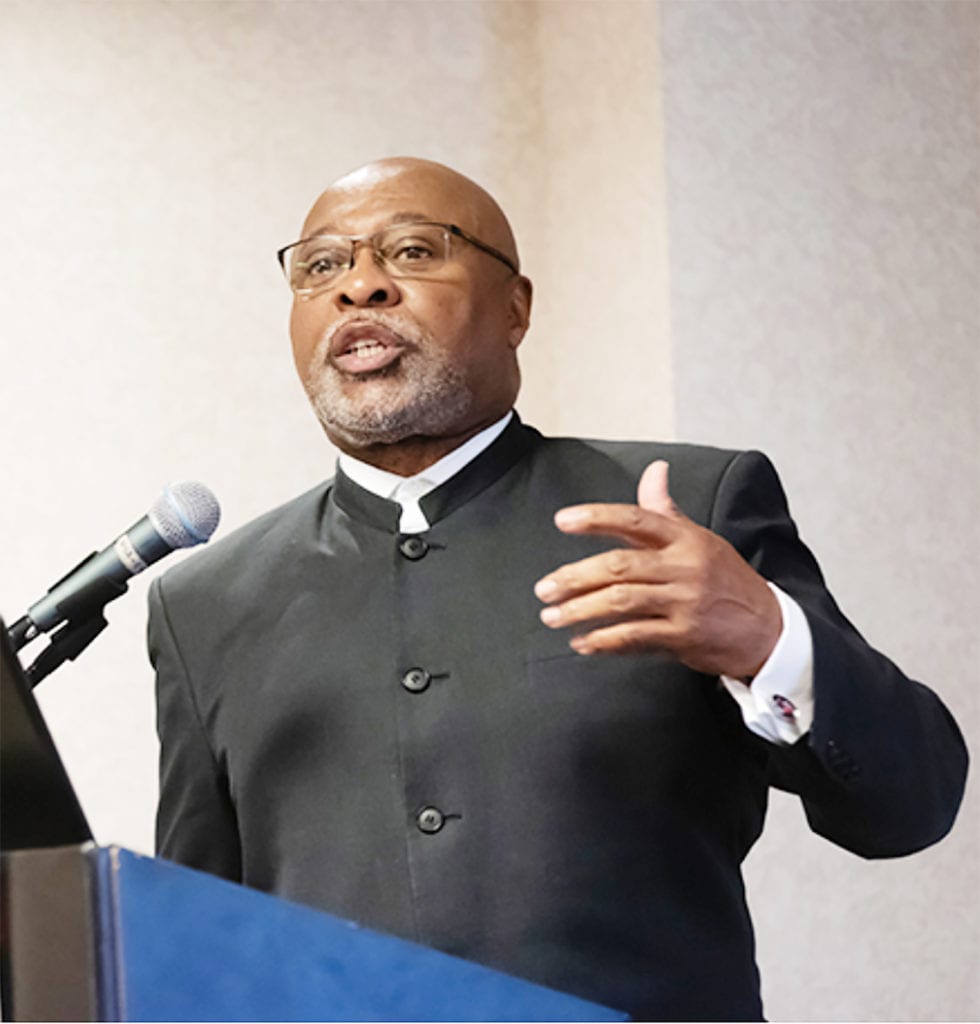 “The world community currently finds itself in turmoil at the onset of a global pandemic that is tearing at the very warp and woof of the fabric of human society. The uncertainties surrounding COVID-19, commonly known as the Coronavirus, have exposed the full range of human emotions from fear and anxiety to confusion and panic”, says Archbishop George Augustus Stallings, Jr.

When asked about the current media blanket on all news stations and digital social media platforms like Twitter, Facebook, and Reddit, the profound Archbishop says “The steady drumbeat of advisories, warnings, and admonitions from the Center for Disease Control (CDC), coupled with daily Presidential Press Briefings have, at times, alarmed us to the extent that we have become afraid of our own shadow. Calls for such things as social distancing, washing of hands for twenty (20) seconds and covering the mouth when coughing or sneezing have turned our world upside down and inside out. Questions of when will a vaccine be developed or a cure be found seemingly go unanswered with unsatisfactory off-the-cuff fudged responses.”

“How can the world citizens stay calm and not be afraid in such a time as this?” asked Robert Alexander, founder/CEO of 360WiSE MEDiA, “We all need to go deep within, summon up the best in self and in others and remember that, in some ways, humanity has been here before and will be here again ” said Archbishop George Augustus Stallings, Jr. “The crisis of this existential moment is not a cause for panic or alarm! This, too, will pass! The world is not coming to an end! It is not the first time that the world has experienced such a cataclysmic occurrence. We simply were not present on the earth when such catastrophes first manifested themselves.  History is the great instructor, reminding us that the people of times past weathered the storm, pulled themselves up by their own bootstraps and once the battle was won, continued to march forward with a steadfast faith and determined spirit to inaugurate a new era of human progress and development.” says Archbishop George Augustus Stallings, Jr.

“Who is to blame for this tragic event that’s started to affect the USA and all trading partners like China and India to name a few, worse than the Great Depression?” asked Robert Alexander, Founder/CEO of 360WiSE MEDiA….  “Neither the president nor the pastor, the scientist nor the soothsayer can utter a declarative statement as to why COVID-19 surfaced. This moment is not the time for finger-pointing or casting blame. It is a time for an epiphany, namely, to realize that in the midst of danger all of us are in the same boat. This crisis, on the one hand, symbolizes danger. Yet, on the other hand, it symbolizes an opportunity for us to band together like never before to find a cure as we look beyond that which separates and divides us by nationality, race, culture, as well as politics, and come to a realization of what unifies us as people of one blood created in the image and likeness of God,” Says Archbishop George Augustus Stallings, Jr.

“What would you say to those in question of their Faith and those who fear that our lives will forever be altered at this point?” asks Robert Alexander. ”Every so often, the earth renews itself by a process of cleansing and purification, whether we welcome its advances or understand its purpose. However, the manner in which we approach this current dilemma, with a determined mind and heart, will be the story that history will record for a people yet to be born. Let us draw strength from the Word of God and let these words be indelibly inscribed upon each heart,” says Archbishop George Augustus Stallings, Jr.

“Don’t be afraid, for I am with you. Don’t be discouraged, for I am your God. I will strengthen you and help you. I will hold you up with my victorious right hand.”