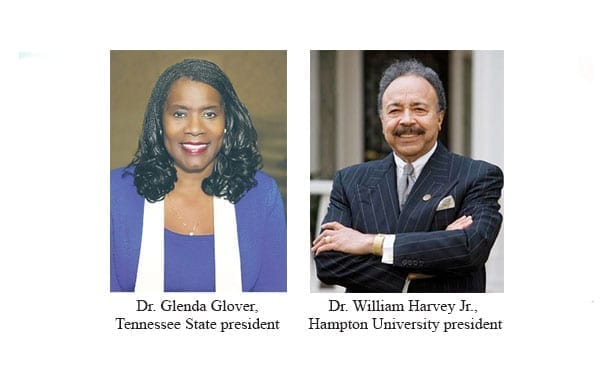 WASHINGTON, DC — The future of most of the nation’s Historically Black Colleges and Universities (HBCUs), most of them heavily dependent upon federal student aid funds to operate, is expected to get serious discussion here next week as dozens of presidents of HBCU’s from across the nation are set to gather with Republican lawmakers on Capitol and officials of the Trump Administration.

Betsy DeVos, President Trump’s controversial new Secretary of Education, is set to address the Capitol Hill gathering Monday as keynote luncheon speaker. Devos, a Michigan billionaire who is part of the Amway products family, has never worked at a public institution of higher learning, is a champion of charter schools and private education and has no meaningful history of relations with public or private HBCUs.

Nashville’s Tennessee State University (TSU), the largest HBCU in Tennessee and several of its peer institutions is expected to be represented. With 95 percent of its students needing federal aid to attend and complete college, TSU was hard hit a few years ago when the federal government tightened rules and funding for so-called PARENT PLUS LOANS (PPL) assistance. It’s enrollment has been impacted by cuts in federal Pell Grant funding.

The financial challenges facing HBCU’s have been exacerbated in states like Tennessee, Florida, Louisiana and Virginia by shrinking state funding as increasingly conservative Republican-controlled state houses vote more and more to embrace shifts toward the new performance based approach to funding higher education.

TSU President Dr. Glenda Glover says she looks forward to working with her colleagues in making their case.

“I perceive the meeting as being two-fold,” says Dr. Glover. “First, to elevate the level of understanding that the requirements of HBCUs are the same as that of other institutions –  that is to educate and develop global future leaders. Second, this is not an inexpensive mission. Therefore, we will explore various financing and funding mechanisms to assist talented HBCU students with matriculation graduation, and obtaining advanced degrees,” she says.

Indeed, the presidents are expected to have candid talks about what HBCUs need from the federal government to help them continue playing a role in higher education, say meetings organizers and supporters.

Based on interviews with nearly a dozen HBCU presidents since last fall’s election, their list of needs, likely to be addressed during the meetings here next week, run the gamut.

“It’s important for us to be around the table,” says Dr. William Harvey Jr., president of Hampton University for nearly 40 years and himself a successful businessman and one of the university presidents set to attend. A Fisk University administrator in the early 1970’s, Dr. Harvey’s thoughts echoed others interviewed and several who declined requests for comment.

Dr. Harvey, chairman of The White House Initiative on Historically Black Colleges during the eight years of national leadership of former President Obama and a successful businessman himself, says he plan to be “honest and direct” in his discussions with lawmakers on Capitol, DeVos and other White House officials.

While stopping short of illuminating a wish list of sorts for HBCU’s, Dr. Harvey said he did intend to press Trump officials to restore several plans that started under former President Jimmy Carter and continued with bipartisan support under subsequent Presidents until the Obama years.

“I’m for the President (Trump) continuing the five percent aspirational goal for grants and contracts,” said Dr. Harvey. He was referring to an Executive Order  issued by former President Regan who picked u President Carte’s initiative of directing federal agencies to do all they could to award Historically Black Colleges five per cent of their contracts and five percent of their grants each year as a means of helping support and sustain HBCU’s.

Just as the nation’s economy was hurt across the board by the economic downturn that began in 2008, higher education leaders, advocates and observers note HBCU’s were hurt in multiple ways as funding dropped.

Their situation was not helped when Congress nor former President Obama could agree on a wide range of higher education issues.

Today, with Republican leadership of the House, Senate and White House, the formal gatherings next week may help build new bridges  say those set to participate in net week’s talks.

“There’s nothing better than hearing directly from the people responsible for the actual management of the institutions”, said attorney Johnny Taylor, president and chief executive officer of the Thurgood Marshall College Fund, the non-profit, non-partisan Washington-based group that raises funds for students to attend HBCU’s.

Taylor has worked closely with Congressman Mark Walker, the Republican Representative who has two HBCU’s in his district, to start the Congressional “Fly-In.” More than 80 institution presidents and chancellors have confirmed they will participate.