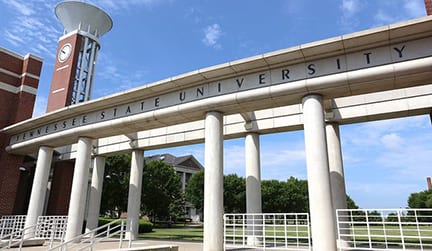 NASHVILLE, TN — If you ever wanted to know why Congress can’t get things done, ask Senator Lamar Alexander (R-TN). He knows.

Last month, Alexander threw a monkey wrench into the passage of the FUTURE Act, a bi-partisan bill to fund Historical Black Colleges and Universities (HBCUs). A quirk of

Washington law-making allows any senator to object when a call for unanimous consent on a bill is made from the Senate floor.

The House passed the bill by voice vote on September 17, 2019 and sent it to the U.S. Senate. On September 19, 2019 and again on September 26, Alexander objected and that sent the FUTURE Act into limbo where it will languish indefinitely.

“It’s a bipartisan bill that would have extended funding for two years that was set to expire,” said Victor Santos, Director of Government Relations at the Thurgood Marshall Fund.

HBCUs have really counted on SAFRA funds in recent years and they have made good use of them.  According to Higher ED News, HBCUs are only 3% of non-profit higher educational institutions but produce more than one quarter of all black STEM graduates. SAFRA money made that possible and now that the sun has set on the program, HBCUs are worried.

According to the Thurgood Marshall Fund, Minority Serving Institutions (MSI) teach about 4 million college students, about one quarter of all college students in the U.S. And they are mostly low-income.

Senator Doug Jones (D-Alabama) gave a Senate speech in September noting that HBCUs have endowments about half the size of endowments at comparable predominantly white colleges.

Alexander is Chairman of the Senate Health, Education, Labor and Pensions Committee and for four years he has been working on a bill to overhaul the 1965 Higher Education Act (HEA).

It is a large bill with lots of titles and letters and clauses that deal with a lot more than the SAFRA funds for HBCUs. Alexander is holding the FUTURE Act hostage in order to get enough Democrats on board to pass his bill before he leaves the Senate. He is not running for reelection in 2020.

Santos said legislators have been bombarded with thousands of letters urging politicians to pass the act but it’s probably not going anywhere until Alexander’s finishes writing his wraparound HEA bill.

That is frustrating HBCU advocates because SAFRA funding is mandatory under the Student Aid and Fiscal Responsibility Act of 2009 (SAFRA) and now HBCUs aren’t sure if they can count on those funds.

In keeping with the Trump administration federal spending policies, FUTURE Act advocates found a way to make the measure revenue neutral. And so the act should have passed, and probably would have passed, but for Alexander’s procedural maneuver.

Alexander wants to pass a new “wraparound” HEA that incorporates a lot of different federal education programs, including SAFRA, and bring them all into a ten-year funding cycle.

That’s fine in theory but what about HBCUs who have been using that money to repair crumbling historic buildings, build new research labs, continue STEM programs they have started, and give scholarships to their students? Tying  SAFRA to Alexander’s grand plan to rewrite the entire HEA is risky. What if Congress doesn’t pass a new HEA by the time Alexander leaves office?

His attempt to win bi-partisan support for his HEA bill may not succeed. It could turn out the way Alexander’s efforts to replace the Affordable Care Act did. He promoted less expensive health insurance plans that were unpopular because they didn’t make sure people with pre-existing medical conditions could get affordable healthcare. (See Alexander Plans to Fix Obamacare in Tennessee, Tennessee Tribune, July 6, 2018)

To be fair, Alexander is trying to reform Pell Grants to make them more available and he is making the FAFSA scholarship application easier to fill out. One thing he is not trying to do is increase overall funding for Pell Grants, which is a crucial issue, according to experts in higher education financial aid. (see Rep. Harold Love, Jr. Gets TSU $1.9M for Reparations, Tennessee Tribune, April 18, 2019)

If Alexander wants Democrats to support his bill, they will likely insist Pell Grant funding be increased. And that may be a non-starter with some of Alexander’s Republican colleagues.

So Alexander is gambling with crucial federal assistance to black students who attend black colleges. Santos thinks that is putting the cart before the horse.

“Once we pass the Future Act then we can start talking about the Alexander bill which has a lot of great things in it. This Title III Part F funding is extremely time-sensitive and we should not be using this financial cliff for HBCUs and MSIs as a tool to get things that aren’t really related to this funding,” Santos said.