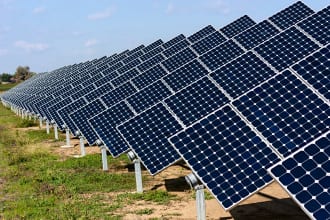 Will making Trump’s America great again cost America it’s leadership role in the world?  It appears we are seeing this in the world of solar energy generation.  China is the leader in renewable energy growth.  According to the International Energy Agency, China installed more than 34 gigawatts of solar capacity in 2016 and by June of this year, they were poised to add another 8 gigawatts.  To put this in perspective, a gigawatt is enough energy for about 700,000 homes.  That is power not generated by fossil fuels.  That is power that does not contribute to the CO2 count that causes global warming.  That is power that won’t cause increased illnesses like asthma that plague our community.  What in the world are we waiting for?

President Trump decided to pull the US out of the Paris Agreement which is an agreement to reduce greenhouse gas emissions from fossil fuel burning power plants.  A couple of weeks ago, EPA Administrator Scott Pruitt signed a proposed rule to stop regulations to stop the “war on coal”.  In doing so, he basically declared “war on us”.  Rolling back these regulations effects people of color the most.  This is what gets me mad.

A University of Washington study showed that between 2000 and 2010, people of color witnessed about a 40 percent higher exposure to air pollution than white people.  This stems from power plants and automobile usage.  In 2014, people of color were almost three times more likely than whites to die from asthma.  Reducing the use of fossil energy has potential benefits of 3,600 fewer premature deaths and 90,000 fewer asthma attacks.  We already have enough against us, we do not need to fight to breathe too.  But that is just the beginning.  We are also impacted by heat stress, cardiac disease, allergies and the emotional stress we deal with from day to day.

What can we do about it?  Since we cannot look for leadership from the federal government, we must force the local governments to do more.  We must be a part of the Clean Power Plan conversation.  It is a matter of life and death.  Why should people of color bear the burden of climate change when we are not the main contributors to it.  Imagine what it would be like not to worry if your next breath will kill you.  The government is already sabotaging our ability to get affordable health insurance so most of our healthcare costs will come out of our pockets.  Imagine how much money you would save if you did not have to purchase allergy medicines all year. I encourage you to contact your local representatives and let them know this issue is important to you.  There is no magical solution to this problem.  It will take extra effort and sacrifice for us to make meaningful change for our kids and their future. If you have ideas on how to do better and capitalize on your opportunities, please feel free to contact me thomsustainableconsulting@gmail.com.  Or you can follow me on Twitter @tcsheff.  #Resist #Wordsactionchange