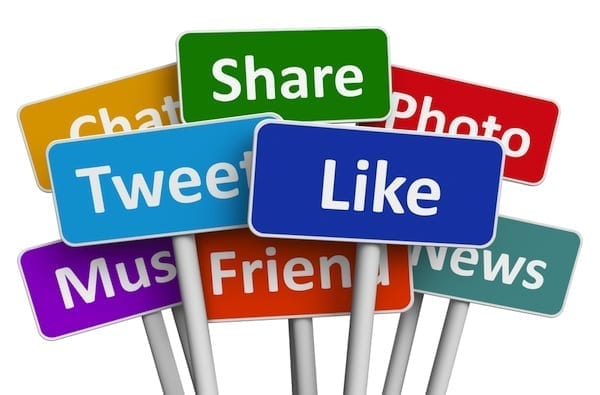 While social media has been here with us for sometime now, during 2016 it has become one of the primary components of daily life. Due to easy access to mobile devices, social media has grown into an outlet for entertainment, a tool to meet people near and far, as well as a way to raise awareness for causes we find important. It is clear that social media, and in particular a handful of social networks have changed the way we live our lives and communicate with each other.

Looking back at 2016 these are the top 5 trends that dominated social media:

Live video first became a thing back in 2015 with the dedicated streaming app Periscope, but this year the idea truly took off. Starting with Facebook introducing its own streaming platform, Facebook Live, everyone had the ability to talk directly to their followers and friends online. Facebook allows both individuals and organizations to share live streaming content allowing everyone’s timelines to be flooded with live videos.

Instagram has recently introduced its own version of live streaming and continues to grow in popularity. Other social networks will be following with their own forms of live video for their users.

When we think social media we tend to only think of the social network that we use every day like Facebook and Twitter. But social media is a concept that is larger than just those type of websites. It has grown from person to person interactions to person to person commerce. Apps and websites like Uber and Airbnb have created ways for people to monetize their personal assets those social interactions.

In the case of Uber, we have the ability for confidential texting between driver and rider, the sharing of location and ETA through the app to mobiles devices message applications, and the use of social networks to grow both those who drive vehicles and ride in them.

Airbnb’s interface has an internal chat system that works both on their app and through home owners and visitors phones. Both can leave reviews on each other and those with low ratings will often become shunned in the community.

Other companies are finding ways to allow buyers and sellers ways to interact with each other with social consequences playing a factor.

2016 also saw Social Media playing a huge role in the sharing of social injustices throughout the country. From police brutality, to racial profiling in retail locations, more people this year were willing to use their social networks to make others aware of their situation.

The shooting death of Philando Castile by a Minnesota police officer was streamed live from Facebook earlier this year. A more recent example happened this month when YouTube celebrity Adam Saleh posted a video on Twitter of him being escorted off a Delta airplane for speaking Arabic.

Hashtags like #blacklivesmatter continued to grow in 2016, creating demonstrations throughout the nation. Public health crises such as the drinking water contamination issue in Flint, Michigan gained traction because of social media. Native Americans protesting the building of a pipeline in Standing Rock, N.D seemed to be ignored by traditional media, but was shared on social networks allowing many Americans to become aware of the situation.

Donald Trump recently said on CBS’s 60 Minutes that he was aware of his high number of followers on Facebook, Twitter, and Instagram. “I think it helped me win all of these races where they’re spending much more money than I spent,” said the President Elect. President Obama used Twitter and other social networks in 2008 and 2012, but in 2016 Trump figured out ways to draw massive attention to his postings. His controversial statements on Twitter created headlines online and in print.

Other candidates also used social media in ways that have not been seen before 2016. Hillary Clinton participated in the popular #mannequinchallenge days before the election. Bernie Sanders helped facilitate conversations on Facebook about wealth inequality in America. Libertarian Gary Johnson found ways to use humor in online videos to grow a large following for a third party candidate.

This year mobile applications developed as a way for users to communicate grew in popularity. Examples of well known messenger apps are WhatsApp, Facebook Messenger, Kik and Snapchat. Some users enjoy the privacy of communicating on these messenger platforms while others are attracted to not using their own text message data.

Snapchat in 2016 went from being an app that teenagers used, to becoming a must way to communicate for millions of adults. Snapchat offers geofilters based on location and face filters that can morph one’s face and surrounding scenery. The app also allows for users to see if their texts or images are screenshot from another mobile device. Facebook Messenger has recently introduced its own version of filers to compete with Snapchat along with Instagram creating similar options.

Social media is not going anywhere and will continue to grow in 2017. Organizations will see the use of using social networks for customers service continue to grow. The use of 360 images and videos will become more popular as users look for real life experiences through their devices. The use of Virtual Reality will begin to be considered for online social interaction.

2017 will see one of the major social networks fall which will allow for the continued growth of both Instagram and Snapchat. It should be an interesting year for the evolution of online social.