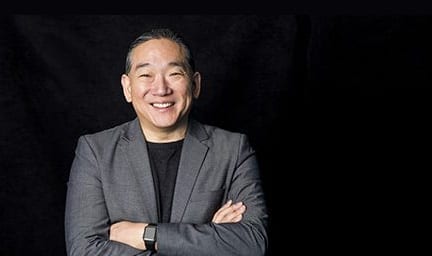 NASHVILLE, TN – Xinova is new kind of venture capital company that finds private financing for inventors and innovators who have good ideas but don’t have connections on Wall St. or Silicon Valley. The company has a far-flung network of inventors and a staff of experts to help bring new products to market with capital from people who don’t normally invest in start-ups.

Venture capital (VC) firms usually look for the next “unicorn”.  Investors are interested in owning a piece of the next big idea, wait for the initial public offering to make a killing, and then repeat. It’s risky, creates greater wealth inequality, and there are lots of losers with few winners. VCs ignore plenty of viable ideas by focusing mostly on disruptive tech startups like Facebook, Google, Netflix, and yes, Amazon.

Xinova takes a radically different approach not only in how it funds start-ups, but also by investing money and talent in projects VCs wouldn’t bother with.“It’s a way for innovation to get deployed efficiently,” said Edward Jung, founder and CEO of Xinova.

The company started in 2016 as a spin-off of the Intellectual Ventures Invention Development Fund (IV), which Jung co-founded in 2000 with three other partners. IV raised investment capital to develop and license intellectual property. Its business model focused on buying patents and aggregating them into large patent portfolios and licensing these patents to third parties. As of 2011, IV was among the top five owners of U.S. patents.

But that model had some bad players in it. Andre Lee, an IV managing director and former banker, controlled a $590 million investment fund in Asia. It didn’t do well and Lee left the company abruptly in 2011. He resurfaced in Vancouver, Canada.

Xinova is pushing a new financial instrument for tech start-ups called local innovation bonds. The idea is to establish a pool of debt financing in mid-size cities where the bonds stay locally owned and managed as they grow. No more crooked bankers in the food chain.

In February the company announced a new investment platform called Arcnet. co-founded by Xinova’s Brad Roberts and Bryan Wisk, the chief investment officer of ARC. ARC is a New York-based fund that has a track record of matching investors with off-the-beaten-path asset opportunities. Inventors compete on the strength of their ideas, not on finding their own financiers.

For those who understand investment-speak here is a headline from a February 13, 2019 post on Enterprise Times: Arcnet: a next-gen blockchain infrastructure for investment. What this means is that Xinova is hedging its bets on where to find capital to fund hundreds of ideas, products, and inventions it has vetted and thinks are worth bringing to market.

Seattle-based Xinova has offices in Tokyo, Beijing, Singapore, Seoul, Sydney, India, and Finland. The title of a promotional video is “Empowering Inventors to Keep Dreaming”. They are doing that with a global network of thousands of inventors and about 75 full-time employees, who don’t punch a timeclock. Xinova is one of a handful of Seattle companies that offers workers self-managed paid time off.

Xinova’s customers like Fujitsu, Pepsico, and Honda, to name just a few, pose problems they want solved and Xinova asks its network of inventors to brainstorm solutions. If somebody finds one, they get paid and work out a profit-sharing agreement. “Typically, Xinova pays development costs, patents the idea, manages the intellectual property and works out the deal with the end customer,” wrote Alan Boyle of GeekWire.

“We’ve been working with Meat and Livestock Australia for six years and over that time we’ve invested around $10m into solving problems for livestock industries in Australia,” said Gregory Caire, a senior program manager with Xinova’s Innovation Service Group.

Michael Manion discovered a way to tell how cows were feeling. Were they happy, stressed out, sick, or pregnant? The solution was a “smart tattoo” that changes color depending on blood flow. That information is worth real money to the Australian livestock industry.

You can be a creative genius like Manion but lack expertise in marketing or manufacturing or technology. Xinova’s network of experts and innovators fill in the gaps. It is a collaborative model, not a competitive one, and it is more equitable. It creates partnerships where everybody involved benefits from a successful idea brought to market.  The company has a four-part development strategy that brings together talent, technology, capital, and demand. Those elements all come into play and Xinova’s core belief is that collaborative invention has a higher chance of success.

Metro Workforce Has Your Ride