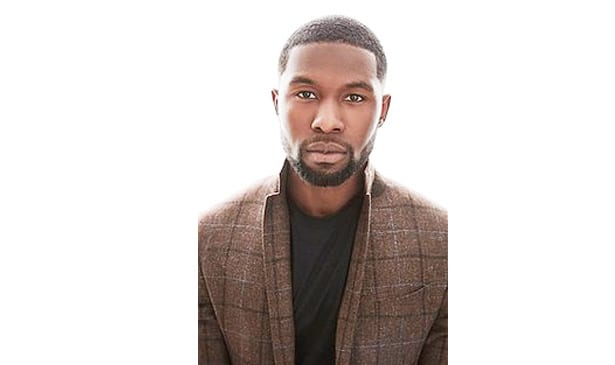 NOTE — This story originally ran in the October 31, 2016 issue. But since Moonlight has now won the 2017 Golden Globe Award for Best Drama Picture of the Year, we decided to share the story again with readers who may have missed the first run. The film received a total of 6 Golden Globe nominations.

Moonlight, an indie movie with a budget of only $5 million, is the sleeper film that’s taking Hollywood by storm. Leading media ranging from the NY Times, Rotten Tomatoes to Variety magazine, are giving it 4 and 5 star reviews. One major film critic has even asked: “Is Moonlight this year’s Best Movie?” According to the movie’s new Golden Globe Award win, the answer is Yes! The film was a top favorite at the 2016 Toronto International Film Festival.  Moonlight is a rather coming of age story that chronicles the life of a young black man from childhood to adulthood, as he struggles to find his place in the world while growing up in the rough neighborhood of Liberty City in Miami. The film stars Trevante Rhodes, André Holland, Janelle Monáe, Ashton Sanders, Jharrel Jerome, Naomie Harris and Mahershala Ali.

Moonlight touches on several issues ranging from bullying, life in a drug infested community, poverty, a poor young fatherless boy and later man who’s not only trying to find his place in the world, but also his own sexuality. Moonlight was adapted from a play by Tarell Alvin McCraney, with the screenplay being written and directed by Barry Jenkins. Brilliantly written, not to mention the standout cinematography, the film consists of three chapters —“Little,” “Chiron” and “Black.” But all three names all refer to the same character in various ages and stages of his life.

Actor Trevante Rhodes does an unforgettable performance as “Chiron.” It’s a role that speaks volumes about what is not said in the silent and often pensive young character. The Dallas, TX area actor had an impressive career in track and field at the University of Texas (Austin). It was during his time on campus that Rhodes was smitten with the acting bug. After graduation, he headed to L.A. and began a string of acting gigs on TV and film. One being the role of ‘Ramsey’ in the Tyler Perry / OWN series If Loving You Is Wrong. But it’s his brilliant portrayal in Moonlight that has now placed him on Hollywood’s ‘Next Big Thing’ list.

Here, Trevante answers 5 Questions about being one of the principal stars in the new breakout film Moonlight.

TRIBUNE: The role of “Chiron” is so totally opposite of your life. You grew up in a nice storybook Dallas suburb, whereas your character is from the hard area of Liberty City in Florida.  How did you prepare for this role? Did you visit Liberty City? TREVANTE: “The film’s director/writer Barry Jenkins grew up in Liberty City. We shot the film there, so we were around the residents who lived there on a regular basis during filming. They were such a vital part of the film. They ate with us from craft services. They were observing everything we did. But it doesn’t matter where we come from, we all go through the same troubles like identity, love, finding out who we are, finding out what love is, finding out about being able to care about certain things etc.”

TRIBUNE: When you first read, the script did you see it as a love story, a script about bullying, growing up poor or how did you see it? TREVANTE: “When I first read it I saw it as an epic true love story. It was written so vibrantly.  You saw so much about not just who this person was, but also again about the community he was a part of.  It’s about what love is. About the struggle of this person trying to find his place in life. There are so many themes that super cedes just one theme. It was really about just trying to convey all of this to the audience.”

TRIBUNE: I understand that you originally auditioned for the role of “Kevin.” Tell us about that. TREVANTE: “Yes, I did try out for the role of Kevin. But if you ask Barry (Jenkins) he’ll tell you that I knew in my heart that I wanted to be Chiron because just the way that I embodied the character. I was either going to be a terrible Kevin or I knew that I wanted to be Chiron. They’re obviously two completely different people. I was reading Kevin’s lines as Chiron. It was not good. But for whatever reason he (Jenkins) starts to watch my mannerisms and listens to the actual words I was speaking.  I started to put Chiron’s words into my mouth as I was talking. I embodied this character. Barry stops me half way through the audition. He was like: ‘Bruh, bruh..I’m gonna send you home and bring you back tomorrow. I want you to read with the other role.’  Let me tell you, I am so grateful that he was there because two auditions later, here I am!”

TRIBUNE:  As everyone knows, you were an outstanding track and field athlete who was clearly on your way to maybe competing in the Olympics one day. So now you’re on your way as an actor. Some are already talking pre-Oscar buzz for Moonlight.  If you had to choose between an Oscar and an Olympic gold medal, which would it be? TREVANTE: “An Oscar!  Having an Olympic Gold medal is good I’m sure. But I love acting now. I used to love the feel of winning when I was competing in track and field.

But to get an Oscar, wow! I’m like at this point in my life to where if that happens for me one day, it would be the ultimate…I mean to get that kind of respect from your peers is everything.”

TRIBUNE: What was your life like two years ago? TREVANTE: “I was working on The Lot, which is a studio in Hollywood. I was a bartender, a server, an errand boy. I was pretty much doing a little bit of everything they needed me to do. But now some of those same people that I used to serve and would often tell me that one day I was going to be ‘one of those guys.’ And they’re now saying ‘Hey man, I told you it would happen!’ So, I want to say thank you to them for helping to keep me motivated and for believing in me.”

MOONLIGHT is currently playing at the Belcourt Theatre.