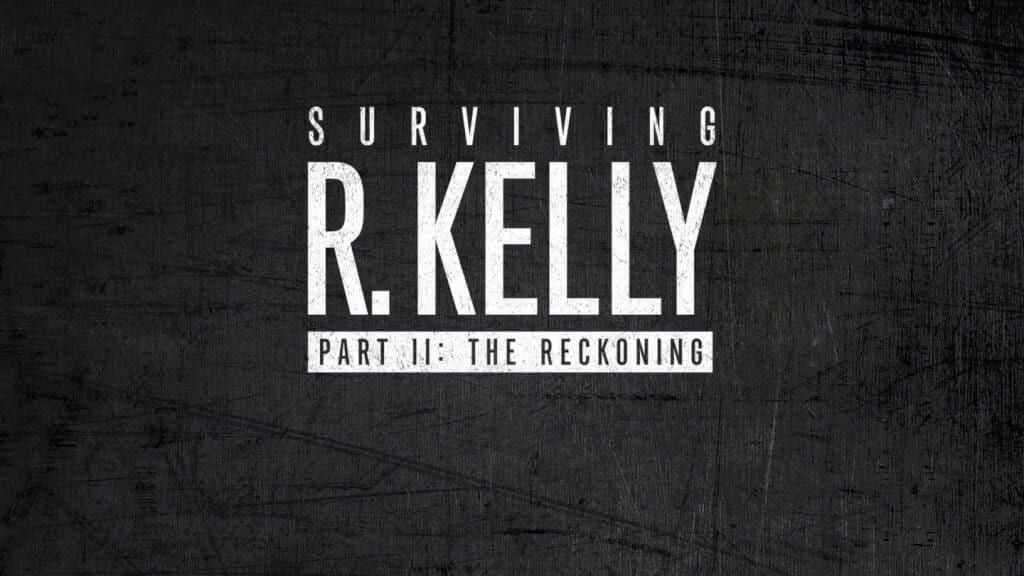 The media’s ongoing revelatory specials of troubled R&B singer R. Kelly continues. Surviving R. Kelly Part II: The Reckoning airs on the Lifetime Network this week, beginning January 2 -4. Viewers will see three nights of interviews from a variety of perspectives including with new survivors, supporters, psychologists, and cultural and legal experts, and more insights into the ever-growing saga of the R&B singer, who is currently facing federal and state charges. The three-night docuseries uncovers new stories with revealing details and explores why the voices of the girls that spoke up decades ago are only now being heard.

Seven weeks after the debut of the 2019 docuseries, Chicago’s Cook County attorney’s office indicted the R&B singer on 10 felony counts of aggravated sexual assault involving four alleged victims and spanning over a decade, ultimately leading to Kelly’s arrest.  In July 2019, R. Kelly was arrested on charges including child pornography and kidnapping, facing a total of 18 federal charges. Here, in this exclusive interview, Jesse Daniels, the executive producer of Surviving R. Kelly Part II: The Reckoning, gives some insight into the making of the latest Lifetime docu-series:

Interviewer: “Surviving R. Kelly Part II: The Reckoning” is a three-night docu-series of new stories and new revealing details. Can you give us just a hint of one new revelation that we can expect to see?

Jesse: We go much deeper into a lot of scenes and territory as because we go deeper into the music industry. We have several new survivors who are coming forward to share their stories. All of them are heartbreaking to listen to. All of it is powerful when you watch it all the way through. We also talk in-depth with the people who worked for R. Kelly at various periods in his career. We delve into what they saw and what they heard. They know a lot about what was going on at the time. We go deeper into that plus, we unpack what’s happening today. It’s some very complex issues that need to be broken down because there are so many different legal battles happening now.

Interviewer: R. Kelly is currently facing numerous federal and state charges. Has your camp heard anything from his legal team about this latest Lifetime docu-series?

Jesse: No, we haven’t heard anything from his legal team. It was our duty to reach out to them, which we did. We contacted his team for comment on the various accusations that are set in our documentary. So, we went through that whole process. But other than that, we have not been in close contact with his legal team, who is handling all the federal and state charges.

Interviewer: I read that after the first Surviving R. Kelly aired, there was a significant increase of calls to sexual assault and abuse hotlines across the country. Did that surprise you guys that this type of reaction would happen?

Jesse: Yes! We were blown away when we first started hearing all the increase of numbers and statistics to these hotlines. It’s one of the greatest things to hear, that we’ve been able to help people outside of the show. Our survivors who were part of the first show, put their lives on the line and told their story. Some of the survivors have told us they’ve gotten the most beautiful messages from viewers who’ve used their stories to inspire them to get help. We’re helping people outside the show and that’s just an incredible feeling.

Interviewer: The interview that CBS This Morning Show host Gayle King did with R. Kelly made headlines around the world after Kelly had a bit of temper tantrum during the interview. When you guys saw Kelly’s outburst, what was your initial reaction?

Jesse: We were all taken aback by it. It was certainly shocking to see, However, we all felt that Gayle King did a wonderful job with the interview. She kept her composure and just stuck to the questions. But R. Kelly’s reaction just totally surprised everybody on our team.

Interviewer: On the flip side, there are a lot of R. Kelly supporters who feel Lifetime docu-series are an attack on R. Kelly as a successful black male in America. What do you have to say to that?

Jesse: You know we do try to address this issue in part two the R. Kelly series. There are supporters out there and we give them a chance to speak their truth too. This question is definitely something to look forward to seeing in part two when you watch it. Everyone’s entitled to their own opinions of course. But before people come up with final conclusions about R. Kelly, maybe they should take the time to sit down and watch the new documentary and listen to these new survivors.

Interviewer: And lastly, are any of R. Kelly’s children interviewed for the new docu-series?

Jesse: No. They are not a part of this upcoming documentary series. Yes, we reached out and gave them the opportunity to be interviewed. But they didn’t want to talk. It’s okay. When they’re ready they’ll share their story.

The full story will be available beginning on Thursday, January 2 at 3pm, with a six-hour marathon of Part I, airing in its entirety, leading into the two-hour premiere of Surviving R. Kelly Part II: The Reckoning from 9pm – 11pm ET/PT. Night two continues with two new hours of content, on January 3, from 9pm – 11pm ET/PT, and will conclude on Saturday, January 4 at 8pm ET/PT – 9:30pm ET/PT.

The Obamas Celebrate Their Oscar Win