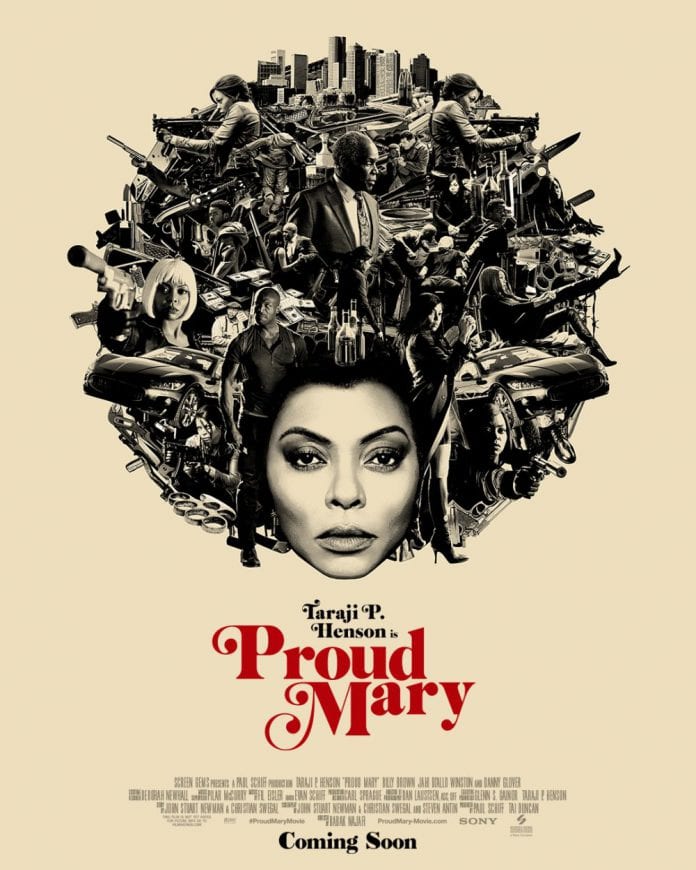 The Commuter (PG-13 for profanity and intense violence) Liam Neeson stars in this suspense thriller as an insurance salesman who finds himself caught up in a criminal conspiracy on his way home from work after being offered $100,000 by a mysterious stranger to uncover the identity of a passenger hiding on the train. With Vera Farmiga, Sam Neill, Elizabeth McGovern, Patrick Wilson and Jonathan Banks.

Condorito: La Pelicula (Unrated) Animated adaptation of the popular, Chilean comic strip revolving around the attempt of an anthropomorphic condor (Omar Chaparro) and his pals to save the planet from an evil alien, one plop at a time. Voice cast includes Jessica Cediel, Cristian de la Fuente and Jey Mammon. (In English and Spanish with subtitles)

Proud Mary (Unrated) Taraji P. Henson plays the title character in this tale of redemption, set in Boston, as a mob assassin who rethinks her line of work after accidentally orphaning a little boy (Jahi Di’Allo Winston) while performing a hit. With Danny Glover, Margaret Avery and Neal McDonough.

Humor Me (Unrated) Father-son comedy about a struggling Manhattan playwright (Jemaine Clement) who reluctantly moves in with his elderly father (Elliott Gould) only to be pressured to put on a production starring residents of the Jersey retirement community. Featuring Annie Potts, Bebe Neuwirth, Ingrid Michaelson and Willie Carpenter.

Ku Qian (Unrated) The impact of modernization on Eastern China is examined in this documentary chronicling a day in the life of a migrant worker in the garment industry. (In Mandarin with subtitles)

Lover for a Day (Unrated) Third wheel drama, set in Paris, about a just-dumped, 23 year-old (Esther Garrel) who shows up at her father’s (Eric Caravaca) looking for a place to crash, only to learn that he ‘s already sharing the tiny apartment with a new girlfriend (Louise Chevillotte) half his age. Support cast includes Paul Toucang, Felix Kysyl and Michel Charrel. (In French with subtitles)

My Art (Unrated) Laurie Simmons wrote, directed and stars in this character-driven drama about a 65 year-old teacher craving recognition as an artist. With Lena Dunham, Parker Posey, Robert Clohessy and Grace Dunham.

The Room (R for sexuality, profanity and brief violence) Re-release of the 2003 flop which inspired The Disaster Artist. The abysmal production revolves around a love triangle which arises when a successful banker’s (Tommy Wiseau) best friend (Greg Sestero) starts sleeping with his girlfriend (Juliette Danielle). Featuring Philip Haldman, Carolyn Minnott and Robyn Paris. .