NASHVILLE, TN — The world’s leading television talent show, AMERICAN IDOL is on its way back to TV once again. The smash hit show returns on a new network, ABC-TV, after previously airing on the Fox Network for a 15-season run. But after only a two-year absence, it’s back again with the same host, Ryan Seacrest but with a new trio of superstar judges. For the grand return season, pop music stars Katy Perry, Lionel Richie and country music sensation Luke Bryan, will be on board to give a yes or no, to young singing stars praying to be the next American Idol. 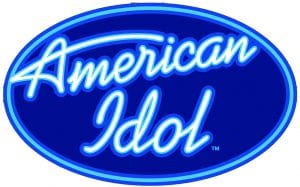 Last week American Idol held auditions in Nashville for two days, as young singing contestants from Nashville and surrounding areas, were anxiously and nervously hoping to hear the words: “You’re Going to Hollywood!” And yes, Music City did deliver some great talent. Some of these young stars of the future excitedly exited from behind the audition room door with the three celebrity judges, filled with tears of joy, as they held on to the coveted American Idol “golden ticket” to Los Angeles.

These aspiring singers have a lot to be thrilled about. This show can change their lives forever. American Idol is the only show of its kind that’s given the world several of today’s top superstars such as Carrie Underwood, Jennifer Hudson, Kelly Clarkson, Taylor Hicks, Reuben Stoddard, Fantasia and so many more.

Judges Lionel, Katy, and Luke were on board to meet the local press, after a hard day’s work of judging talent.  The trio was joking and having fun with the press and among themselves. They seem to really like each other. Of course, each judge is a well-established success story, in their own right when it comes to music. The Tribune had the chance to ask two of the new judges: If American Idol was around when you were first starting your career, would you have auditioned for the show?

Lionel Richie says: “It’s a wonderful thing when somebody tells you PRIVATELY, that you’re the worst ever and you don’t have any potential to be in the business. I don’t know if I could take the public evaluation though. I give these kids so much guts to be critiqued in front of judges, cameras, and lights.”

Katy Perry says: “The show was around for me when I was starting out. I kind of thought about it but at the time I was kind of already into something back then and I couldn’t really audition for it.”

person. But when asked, So far, what’s been the most challenging aspect of being an American Idol judge? Luke looks at Lionel and jokingly says: “Probably dealing with us…he’s adopting us!” Richie then adds with a big laugh. “You know, I’m sometimes the father, the babysitter…Just when I thought I could take a break from my kids, go back and hang out to do my career, I now have these two kids (Katy and Luke) to deal with!” All three of them broke into a big laugh.

India.Arie to Perform at The Schermerhorn