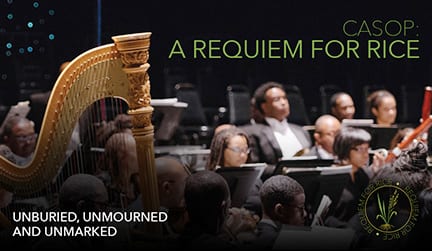 Lee Pringle is a man with a vision: to see black classical musicians and composers

recognized for their countless contributions to the genre over the last 300 years. Many of America’s classical music fans don’t even know the name of Chevalier de Saint-Georges—an African-French composer renowned in other parts of the globe for his mid-18th century works—Pringle notes. In 2013, this financial services exec, also founder and president of the Charleston Symphony Orchestra [CSO] Spiritual Ensemble and CSO Gospel Choir, created the Colour of Music Black Classical Musicians Festival. This October 22 to 26, it will for a second year bring together professional black musicians from some of the world’s greatest orchestras and conservatories for concerts, as well as symposiums, around Charleston.

Passion project: Among the top 10 orchestras in the world, black classically trained musicians represent less than three percent of the performers. The Colour of Music festival was conceived to show what it is to see an all-black orchestra (opposite of the norm), and

also to help America realize we have to change the way we hire classically trained musicians. We must factor diversity into the final tally, otherwise the system will never change.

Creating Colour of Music: In the past, the CSO has been completely committed to diversity, but when I started the festival, I felt that commitment was omitted because the CSO needed to focus on core patron likes—to keeping the lights on during the nation’s financial crisis. The festival helps the orchestral community do something that is a challenge even for orchestras with budgets 10 times that of the CSO’s: showcase lesser-known works by black musicians.

From finance to the arts: When I founded the festival, I decided to turn my passion for classical and choral music into a career change and work as its general manager. I can only tell you that it takes a lot to learn to live like an artist—but I’ve figured it out.

Singing tenor: I consider myself to be a formidable amateur tenor singer. I didn’t study classical singing but was just gifted with a timbre in my voice that allows me to sing operatic music as well as highly arranged sacred music. And the right gospel tune—I can own a selection of that as well.

Mariah Michelle: “Music is My Destiny”