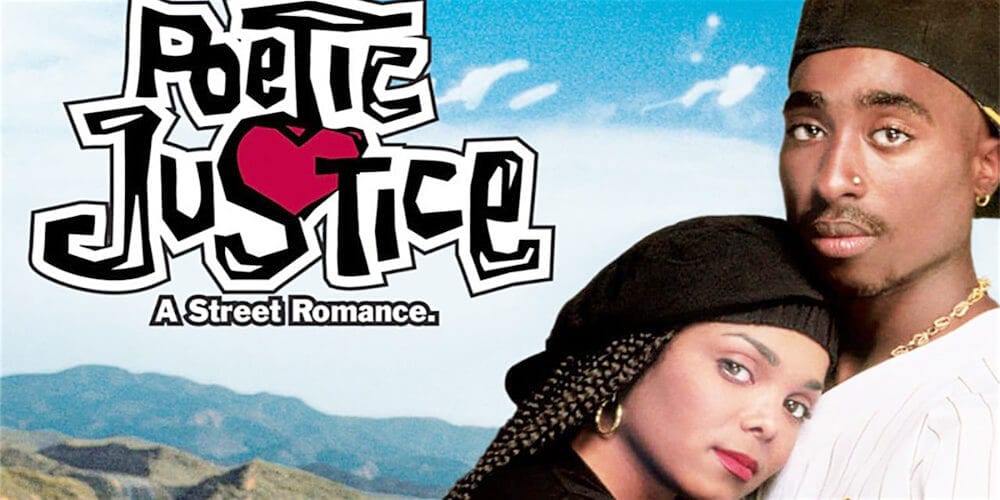 NASHVILLE, TN — The next edition in the ongoing “Pizza and a Movie” series, which features Slim & Husky’s pizzas accompanying screenings of great Black films from the ‘90s, is Monday night at the Belcourt. This time the film being shown is “Poetic Justice,” which was the late John Singleton’s follow-up to his acclaimed, award-nominated debut “Boyz In The Hood.” It’s also part of the Belcourt’s “Music City Mondays” series, as it certainly has a musical backdrop and significance, both in the soundtrack, and underlying themes that are punctuated throughout the production. The cast includes the late Tupac Shakur, Joe Torry, Janet Jackson and Regina King, now one of Hollywood’s most celebrated actresses.

The plot involves hairdresser Justice (Janet Jackson) trying to deal with loss of a murdered boyfriend. She writes poetry to help her handle the pain, but then encounters another problem. She’d like to attend a convention being held in nearby Oakland, but her car is broken down. So she gets a ride with good friend Lesha (Regina King) and her postal worker boyfriend Chicago (Joe Torry). His co-worker Lucky (Tupac Shakur) is also part of the group, and the growing attraction/romance between Lucky and Justice blossoms after some initial problems. Ultimately though Justice must decide if she’s ready to truly get involved with someone long-term again.

The “Poetic Justice” soundtrack was also a big hit. Three songs from it each made the charts, and the overall album peaked at #23 on the Billboard Albums Chart. The Janet Jackson song “Again” received both a Golden Globe and Oscar nomination for Best Original Song. Another added plus was it marked the debut appearance on a song by Usher, who was then only 14.

Videos and selections from the soundtrack will be presented prior to the screening as well as some performances from area artists. Plus pizzas will be available as well, courtesy of Slim & Husky’s Pizza Beeria.

Arrive early to catch the music videos from the soundtrack, alongside some local talent during pre-show while you grab your pizza!

The film begins at 8 pm.

First Horizon is Helping its Customers During Challenging Financial Times

Thanks to Cooperation and Coordination Through Disasters, We’re Fighting Back