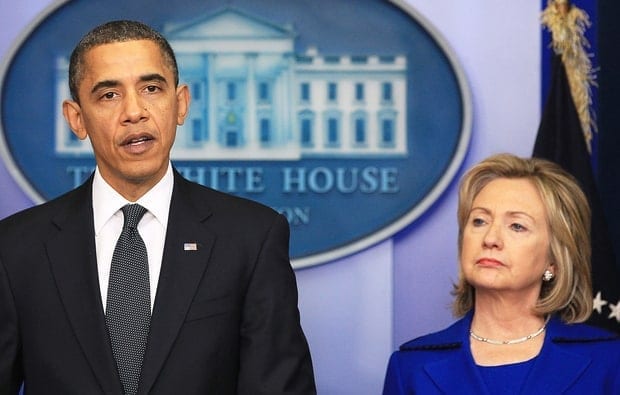 President Barak Obama was attacked brutally. The Republican establishment decided on the night of his inauguration they were going to sabotage his presidency and stand against everything he wanted to do and they did just that! Some of it worked and most of it failed, as theirs became the most “do-nothing Congress” in the history of American politics. Their hate for a man because of the color of his skin backfired and the country is suffering for those efforts until this day. America will probably continue to do so, unless we the people cleanse the House and Senate by VOTING all of the cancer out.

Secretary Hillary Clinton is being subjected to some of the very same tactics only because she is a female at an “all boys” party, so to speak. Despite the fact that she has been a champion for so many who could not fight the system, a mother to many disadvantaged children, and other mothers for many decades, an amazing Senator, and a vociferous commanding voice as Secretary of State. However, at the hands of crooked and very nasty Republicans, she is being vilified, disrespected, falsely accused, lied about regarding her health, and investigated over and over again. Why? Emails!! They had to let Benghazi go.

To make my point, I “googled” crimes that her opponent could be charged with and the obvious is glaringly apparent. He gets away with crime all the time but the media is letting the man slide. Here’s the link:

— Donald Trump possibly committed a felony by inciting Vladimir Putin and the Russian government to hack an American citizen and release personal emails.

— He has been sued over 3,500 times in his career, including 70 times since he kicked off his campaign.

— Stated that he would hack into the private communications of political opponents (and the Presidency would give him that power).

— Donald Trump has knowingly and intentionally defrauded Trump University students, fleecing them out of thousands of dollars

— He violated federal law by claiming proceeds from various Trump products would go to charity, although there is no evidence that Trump ever donated the money to charity

— He violated IRS rules by using $12,000 from his charity organization to purchase a Tim Tebow helmet

— His employees violated a U.S. trade embargo by pursuing commercial activities in Cuba when it was illegal to do so

— His vow to use torture on suspected terrorists would violate the Geneva conventions. He would be committing war crimes.

On top of all of this, he will not release his tax returns, as has been the case for presidential candidates since “Tricky Dick Nixon,” another crook, released his returns. As we all know, he was yet another known crook. He won’t do it because he can only borrow money from anyone other than the Russian Mafia. He seems to be owned and operated by Putin, who seems to adore Trump over our own Commander and Chief, as do his cohorts and close allies.

“Hillary Clinton has been investigated and scrutinized for decades. She’s endured years of hate. It’s all because she is a threat to the “boys club” who are in all out terror management mode, with the first African American and now with the first woman who will be the next President of the United States of America. Period.

Enough is enough. We must VOTE the cancer out and deport them to Russia!