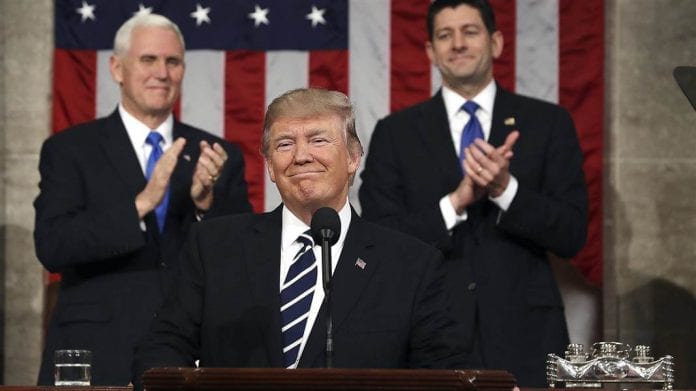 “We may be a Nation divided in polices. We are a Country that stands united in condemning hate and evil,” stated the President. “I am here tonight to deliver a message of unity and strength and it’s a message deeply delivered from my heart.”

He also addressed his overruling of his natural security advising in using the phrasing “radical Islamic terrorism “and his call to replace the Affordable Care Act but offered few new details.

He also spoke about his signature campaign promise on the “Great Wall” along our southern border.

He also gave his condolences for William “Ryan” Owens. A Navy SEAL killed in a late-January raid Trump approved in Yemen.

Trump ended his speech by saying, “Thank you, God Bless you and God Bless the United States”

Nashville Rally Planned for Dec. 17 in Support of Impeachment and Removal of President Trump