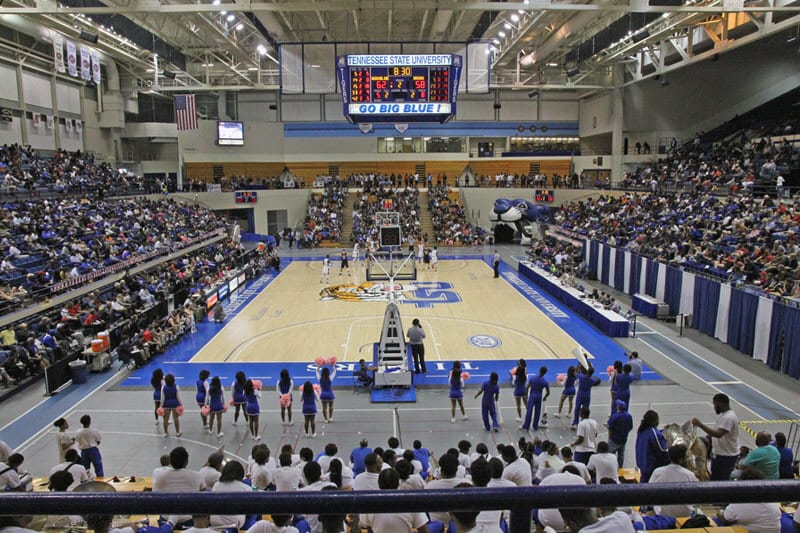 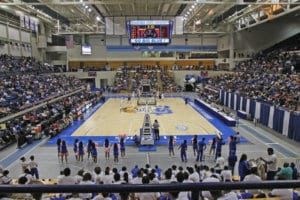 NASHVILLE, TN — College basketball season is here and there are exciting teams in the area. Two Nashville teams with second year coaches will meet on Monday for neighborhood bragging rights in the “Battle of Jefferson Street” when the Fisk University Bulldogs takes the two-mile trip down the street to take on the Tennessee State University Tigers.

TSU is riding high after beating crosstown rival Lipscomb University 70-69 this past Tuesday on a last second basket by senior Michael Littlejohn. The Tigers are 2-1 with both wins coming at home. Their only loss was a one-point road loss to UT-Chattanooga. Head coach Brian “Penny” Collins has revamped his team this year after going 9-21 last season missing the OVC tournament. After averaging under 1,000 for home games last year. The first two games have been loud and exciting.

“Currently we are averaging over 5,000 fans and that’s only half of our arena,” said Collins. “We would like to fill it up with the anticipation of making TSU the place to be. We want you to be able to bring your family and enjoy high level basketball and entertainment for people of all ages, races, and genders. Playing Fisk is important to our community. We look forward to the match-up. To continue to grow our program we need the Nashville community’s support.”

Fisk is coming off three straight road losses after winning their Homecoming game 102-69 in front of a sellout crowd. Head coach Kenny Anderson’s NAIA team led most of the game against NCAA foe Claflin University this past Saturday before falling 60-58. Playing against TSU is a huge test for the Bulldogs. They welcome the challenge.

“We are trying to get better, and you have to play teams like this to prepare you for your season,” said Anderson. ”

No one expects us to win so let’s see. One thing I know is we will be better after this. We should have won Saturday, so our guys are ready to get back out there. Should be fun.”

The game between the two Historical Black College and University schools will follow TSU’s women playing against North Alabama at approximately 7:30pm at Gentry Center. Tickets will be $5.

Feeding the Children in the Midst of Covid-19