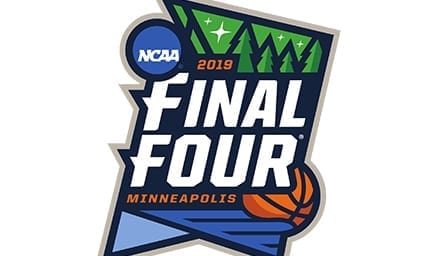 There was some overlooked history made at this year’s NCAA Final Four. It wasn’t just that Virginia finally won an NCAA men’s title, or that they went from being the first number one

seed to lose to a 16th seed one season and then the next year become a champion. No, the real history came at the top of the ladder for the respective schools. Both Virginia and Auburn, who played a thrilling one-point semifinal game decided on a controversial call, had Black athletic directors.

Allen Greene is Auburn’s AD. Carla Williams is Virginia’s, and she became the first Black woman to preside over an NCAA men’s basketball champion. The NCAA should have been advertising that news all over the place, because otherwise things don’t look very good for them when it comes to diversity and inclusion, even in a sport with as many Black players as basketball.

There are ZERO Black head coaches in both the Big Ten and Pac 12. There are two in the Big 12 and SEC, with Vanderbilt’s hiring of Jerry Stackhouse being the reason for that. The ACC leads all Power conferences with three. The numbers are even worse when it comes to Black women head coaches.

There are ZERO in the Big 12. A grand total of ONE in the ACC, the Big Ten and Pac-12. The SEC has everyone beat on this end with four.  There is general agreement that these numbers are abysmal in 2019, but there’s no consensus about what can be done to improve them. Kentucky’s John Calipari told ESPN’s The Undefeated website that more top white coaches were going to have to stand up and be counted on this issue for things to change.

“We don’t have enough guys who are willing to stand up and say stuff that needs to be said,” Calipari said. NCAA president Mark Emmert added his voice to that sentiment, saying, “I think those folks (influential white head coaches) can have a huge impact. If you’ve got candidates out there, men of color, let’s say, going after men’s basketball positions and a coach of the stature of Tom (Izzo) or Cal or any of those guys are willing to give them a seal of approval, saying, ‘You know. you hire this guy, I promise you, you’re going to have a good coach. You will have no regrets,’ that screws up somebody’s courage a lot. They have a lot of stroke in this process if they chose to exercise it.”

But another factor that must be added is the lack of Black athletic directors at Power conferences. Currently there are just 10. It is no accident that with Malcolm Turner at Vanderbilt the school has Blacks as both head football and basketball coaches. Turner has already twice gone against conventional wisdom in giving Derek Mason an extension and  hiring an unproven person in Jerry Stackhouse, at least on the college level, rather than just another retread person.

You never know, but it’s doubtful a white AD would have made either of those hiring decisions at Vanderbilt. Unfortunately, that’s still the case too often at many colleges and universities.