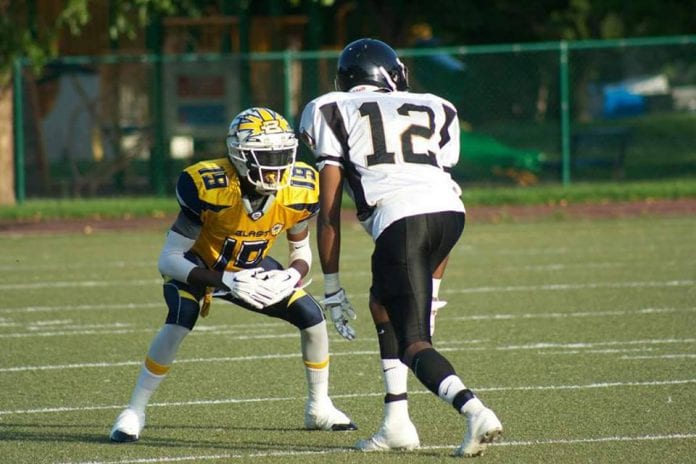 MEMPHIS- Memphis Blast over powered the St.Louis Bulldogs as the defense created seven turnovers including two interceptions for touchdowns one by Martell Taylor and a 100 yard return for Tony Bell.

Timothy (Dink) Graham had over 100 rushing yards and three touchdowns. He was named the Player of the Game.