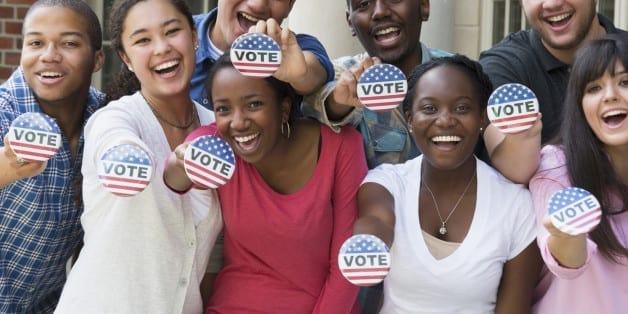 I watched the documentary on Hillary Clinton the other night and was pleasantly surprised at the way people who know her personally just had so much respect and admiration for the next president. It chronicled her life from a child with her family, her faith, her education, and her tenacity and love for children and families. Chelsea was my favorite of the night. But I also loved the testimony about her devout Christian beliefs from her childhood years, along with her values and faith.

Mrs. Clinton is an amazing mother. She’s helped so many people. She has an incredible record of service to others since her college days, law school years, and as a first lady in Arkansas, and later the White House. Thank God she doesn’t have nude pictures of herself all over the place because she is very much a lady. Mrs. Clinton has been a mother to children and their mothers. She’s fought tirelessly for them all of her life, starting with chairing the Children’s Defense Fund. She campaigned to dedicate $1 billion for after school programs and continued to fight for affordable childcare for families even to this day. What has Trump done for children and families?

The Clintons were the initiators of the Affordable Care Act, which President Obama got as far as he could with a do nothing Congress. So now, Trump wants to do away with it when 20 million people who did not have healthcare now do, as well as 8 million children who would never have had healthcare but yet need it so much. Mrs. Clinton has also been the leader into mental illness among Gulf War Veterans, which we now call Gulf War Syndrome, as well as, The Office of Violence Against Women, Foster Care Independent Act, and has helped to obtain research funding for prostate cancer and asthma. So what has Trump done for anyone other than himself?

After 911, Trump bragged about his building being the biggest and Muslims (thousands) celebrating it which was not true but Mrs. Clinton helped raised $21 billion to redevelop the World Trade Center. She then helped draft a bill to help compensate first responders because of health issues at the sight. She showed up and didn’t even have the cameras rolling, and to my knowledge has not even brought it up but the first responders did. All “Trump the Dump” did was brag and tried to get recognized, paid, and branded. C’mon now.

Secretary Clinton also worked out a bi-partisan compromise to address civil liberty abuses for the renewal of the U.S. Patriot Act. She worked to help families and homeowners to get mortgages refinanced because of the 2008 collapse that affected way too many. Again, helping families all over the country. And while they wanted to beat up on her for Benghazi and spending millions to stick that to her even knowing, (which the media does not mention), that Congress cut $330 million from the budget that could have prevented it, that didn’t stick. They grilled her, vilified her, and blamed her for what they themselves did and do not take the heat for doing it.

Mrs. Clinton brought about a ceasefire with Hamas and Israel. She brought about positive results relative to human rights abuses. She brokered free trade deals in Columbia, Panama, and South Korea, and has traveled more than any Secretary of State in history, even to this date. And on top of all of this, she and President Clinton have helped 400 million people in 180 countries with a variety of programs for which they are being attacked by a basket of deplorable racist, hateful, scared, and afraid people who know they are not going to stay in power. And now, even the fringe areas of the evangelical church are on board.

Speaking of the church, she kept her vows with her cheating husband, while Trump divorced two (2) wives because he is unfaithful and pimps women and girls through his model management agency of which many were illegal in this country. That is what Dump has done and so much more. I just don’t have the space to detail but we all know. If we had his tax returns we would know a whole lot more.

Enough is enough ya’ll. Trump is a serial liar, thief, pimp, narcissist, and philanderer who could be elected if all decent people don’t VOTE!