NASHVILLE, TN — No track coach on any campus in this nation ever matched the record set by the legendary Ed Temple and his amazing Tennessee State Tigerbelles squads. Under his leadership, TSU had some 40 athletes achieve national glory, many of them winning not only NCAA medals and notoriety, but Olympic medals as well. 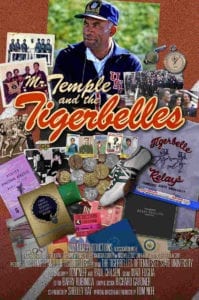 In addition, Temple would attain international recognition as a coach, later serving on the coaching staffs of both Pan American and Olympic teams. Finally there’s now a film available about Temple’s exploits and it’s coming to town this week at the Main Library.

Tom Neff’s exploits as a filmmaker are well known. He’s won an Emmy and been an Oscar nominee, and he wrote and directed a new 40-minute documentary about both Ed Temple and the Tigerbelles. “Mr. Temple and the Tigerbelles” will be shown Thursday at the downtown library location, 615 Church Street. This is a free event. Neff will also lead a panel discussion after the screening.

Wyomia Tyus, a former Tigerbelle and the first person to win a gold medal for the same event in consecutive Olympics (1964 and 1968) will also be signing copies of her new book at the event. Things get underway at 6:30 p.m.