The brutal, horrific death of George Floyd in Minneapolis May 25 was shocking worldwide, although for many Black and Brown as well as poor people it was a sight we have seen far too many times in our lives. Floyd’s gasping and 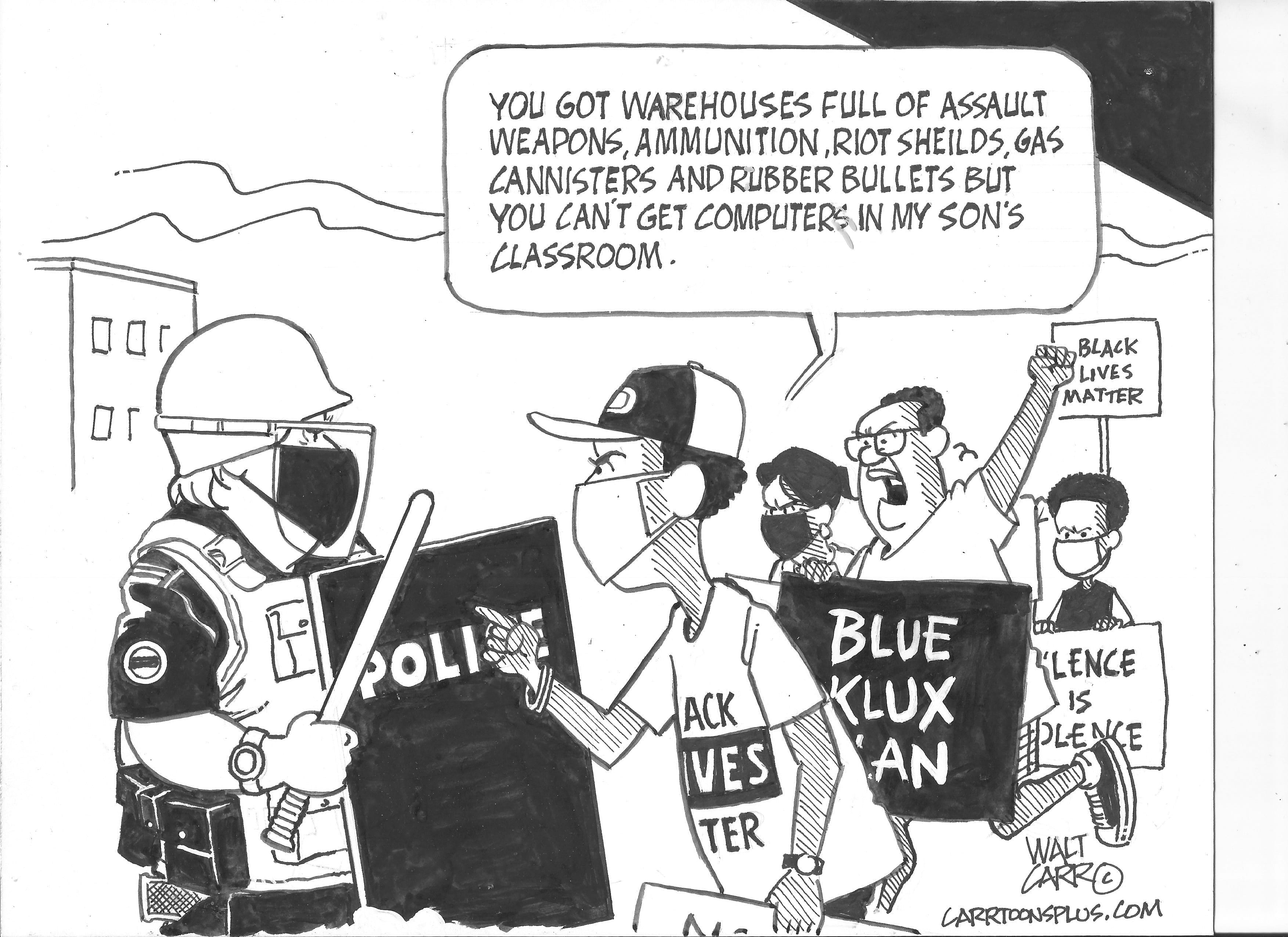 crying out “I can’t breathe” has become a slogan for T-shirts and a rallying call at demonstrations occurring not just nationwide, but across the globe. There were incredibly moving and powerful statements made at three memorial services held for George Floyd. Now there are corporations pledging millions to social justice causes, and everyone from celebrities to athletes and Fortune 500 CEOs pro- claiming that “Black Lives Matter.”

But while protests, slogans, demonstrations and speeches all serve a vital function in the fight for equality and justice, the biggest single question remains – what is America going to do in a concrete, immediate and long-term manner to combat the problems of  police misconduct and brutality? What is Nashville, Memphis, Knoxville, Jackson and Chattanooga going to do?  It is not enough to claim understanding or support for a cause. Black Americans are certainly glad to see Latinos, Asians, Native Americans, and plenty of our  whites brothers and sisters standing beside them in protest lines. But the bottom line is unless those in power are prepared to  take action, this society will be right back where it was in 1968, after the Kerner Commission Report documented a host of ills and evils that had been the catalyst for the rebellion and riots in 1967.

The Kerner Commission talked about the  disproportionate treatment of Black  suspects received when accused of the same crimes as their white counterparts (history of some white judges in Nashville), the constant instances of brutality, mistreatment and corruption observed by citizens on a daily basis, and the failure of a society ostensibly built on fairness and opportunity to fill those same values in the treatment of those of us who aren’t white. That report was published in 1968, but it could just as well have been released today.

So now, 52 years later,  a few Nashville police are still brutalizing some Black  men, women and children as they march for justice, downtown Nashville.    For all the marches and demonstrations held since Floyd’s death, it didn’t stop an Atlanta  white policeman from shooting and killing an unarmed Rayshard Brooks in the back for the crime of falling asleep in his car at a Wendy’s drive in supported financially by the Black community. This young father lost his life  trying to escape death in a scene following a struggle over a  $30.00 taser.

On Father’s Day Rayshard Brooks 3 girls will mourn his loss. Will the white policeman if married,  be with his children at church after killing a Rayshard Brooks?

Atlanta Mayor Keisha Bottoms announced this week specific   police reforms that require officers to use de-escalation tactics prior to using physical or deadly force. All uses of deadly force must be reported to the city’s citizens review board. Officers are required to intervene if they see another  officer using force “which is beyond reasonable in the given services” and must immediately report that use of force to a supervisor. These are all good and timely measures. The shame is it took a death of another black man  to be implemented.

The positive outcome is   the deaths of Floyd and Brooks are forcing police departments to seriously examine their abuse of deadly force. The use of choke holds is being widely discouraged, and police officials are assessing training policies and addressing their image in neighborhoods, particularly Black  ones, where they are often viewed more as an occupying presence than a protective one. But unfortunately, in too many cities, including Nashville, those in charge of police operations still too often view citizen involvement and engagement as something to oppose rather than encourage. Despite what some police chiefs think and feel, there’s absolutely no reason police should be above scrutiny, review or criticism.

Finally, President Donald Trump, “your president of law and order” signed an executive order Tuesday encouraging police departments nationwide to enact policies that prohibit the use of chokeholds that restrict airflow except in situations where the use of deadly force is permitted.