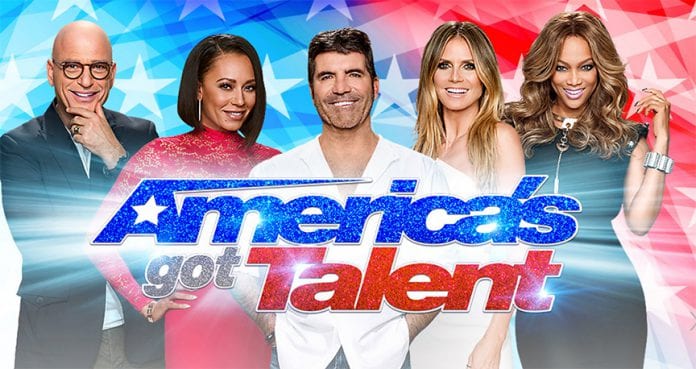 NASHVILLE, TN — NBC’s America’s Got Talent (AGT), the #1 show of the summer, will be hosting Season 12 open call auditions in Nashville, TN on Saturday, January 13th at the Music City Center, from 7am to 7pm.  NBC’s America’s Got Talent (AGT) is back on the road looking for the best variety acts the nation has to offer. This past summer AGT celebrated its most-watched season ever, with an average of 16 million viewers per episode. In addition, the show was a huge social success, garnering more than 2.6 billion views across social media platforms.

AGT is rolling into Nashville Saturday, January 13, 2018, and the producers are inviting one and all to come on down to the Music City Center in downtown Nashville. Address: 201 5th Ave S, Nashville, TN 37203. After Nashville, the show will hold auditions in San Jose (January 19th), Los Angeles ( February 3) Phoenix (February 24).

Hey, Nashville talent, auditioning might land you a cool $1 million dollars in prize money if you are the grand prize winner. If you are selected on Saturday, this could be your chance to stand before celebrity judges Simon Cowell, Mel B, Heidi Klum, Howie Mandel and host Tyra Banks for Season 12 of America’s Got Talent.

According to AGT co-executive producer Matt Banks, the casting producers can see as many as 3,000 different acts in one day! For some cities auditions, can start early in the morning and last until almost midnight. “It’s a lot of acts to see but it’s also very exciting,” Matt tells the Tribune. “When you walk down the hallway and see all of these amazingly talented people with their various acts, whether it’s music, dancing, juggling, animal acts, doing back flips, or using yo-yos. It’s just magic energy. I love it!”

Of course, we know the hit show is looking for the top talent in the land but in addition to talent, what else are the judges and casting producers in search of when it comes to selecting new talent? Co-executive producer Matt shares some insight. “That’s a very good question. Yes, there are plenty of good singers with great voices. But in addition to that good voice, we’re also looking for singers who have personality and stage presence too. If your talent is singing, we don’t want someone who’s just standing there singing with their eyes closed and no contact with the audience. Sing the song with some emotion. So, it’s about stage presence and personality too.”

All contestants only have 90 seconds to capture the attention and impress the casting producers. “It’s only 90 seconds, so you’ve got to showcase your best…If you’re a comic, use those jokes that usually give you the biggest laughs. If it’s singing, choose that one song where you know that you’ve brought the house down with it. You’ve got to just go for it and present your very best in those allotted ninety seconds,” adds Matt.

Contestants can register online for AGT auditions at  www.AGTAuditions.com  But even if you don’t register online, you’re still invited to come to the Music City Center auditions anytime January 13th between the hours of 7 am to 7 pm.

The Tennessee Tribune will be there to cheer on all of the contestants. Good Luck Nashville talent!