SYDNEY — The Great Barrier Reef Foundation has been told to use more open and competitive selection processes in order to undertake procurements.

The foundation was controversially given an AUD 443.3 million ($343.1 million) grant by the federal government in 2018.

The auditor-general found the grant was handed out without clear assessment criteria that would determine whether it was value for money. 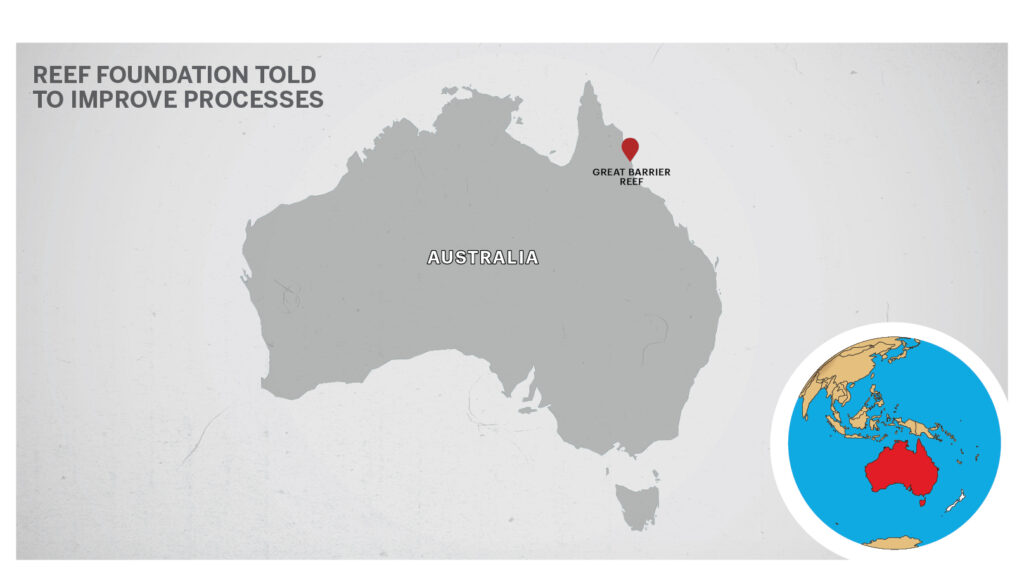 The Australian National Audit Office has on May 5 released the findings of its second probe into the foundation.

It looked at the design and early delivery of the government’s partnership with the foundation.

It has been “partially effective”.

Most of the money is being held in term deposits with six banks.

At the end of last year, 81 percent of it was still in term deposits.

“The department and the foundation did not ensure that bank deeds were always in place to protect the Australian government’s interests for each of the term deposits,” the report says.

Interest is expected to earn the foundation at least AUD 21.8 million ($16.8 million), which will go towards its administration costs.

Some AUD 19.7 million ($15.2 million) of the six-year grant had been either spent or flagged to be spent as of the end of last year.

The Australian National Audit Office has made six recommendations, including for the foundation to increase its use of open and competitive selection processes to undertake procurements.

“While competitive selection processes have been employed most of the time when awarding grant funding, there has been insufficient use of open and competitive approaches for procurements,” the report says.

“For grants awarded through non-competitive processes and for the majority of procurements (both competitive and non-competitive), it has been common for selection criteria to not be specified.

“In addition, written contracts have not always been put in place by the foundation.”

The AUD 443.3 million ($343.1 million) grant is the largest recorded on the Department of Finance’s website.

Concerns were raised after it was awarded, particularly in regards to how the foundation was chosen and how much parliamentary oversight of spending could occur as it is not a government agency.

The government said it chose the foundation for its ability to leverage private investment in order to raise money for projects to help improve the health of the reef.