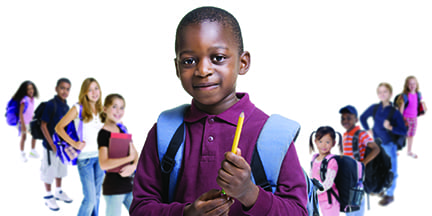 NASHVILLE, TN — ‘Stay woke.’ Once no more than a colloquial phrase, common only among a small number of social circles, those two words have become a prominent social media hashtag, the chorus of Childish Gambino’s “Redbone” and a motto for an entire generation of young Black Americans. “Stay woke” morphed into a widely used term after it became associated with the Black Lives Matter Movement in 2014, and can be used to describe a state of consciousness and awareness of systematic racism and racial injustices. But what is awareness without action?  There’s more to ‘staying woke’ than hashtags and T-shirts. To be ‘woke’ is to be aware of obstacles hindering black advancement, and to be proactive in combating those obstacles.

The growing literacy gap is without a doubt, a pervasive obstacle facing the youngest Black Americans. Drs. Hart and Risley of the University of Kansas coined the phrase ‘30 million word gap’ following their landmark 1995 research, which showed that children from low income families hear 30 million less words by age 3, when compared to children from professional families. This gap has been known to disproportionately affect minorities and its impact can echo across a lifetime.

Children 30 million words behind their contemporaries are more likely to struggle in math and reading, less likely to succeed in grade school or graduate from high school, and likely to earn a lower income throughout their careers. Young men in particular, who do not graduate from high school, are 47% more likely to be jailed than those who earn a college degree. Thus, closing the literacy gap may be effective in soothing the mass incarceration problem that has plagued black America for decades.

Reading to your child is a simple, cost effective way to boost your child’s readiness for school by narrowing the word gap, simultaneously setting them up for a lifetime of academic success.  It’s never too soon to start either; even children who were read to as newborns enjoy a larger vocabulary and more advanced math skills when compared to kids who weren’t read to in the first months of life, according to Children’s Mercy Hospital in Kansas City.

Angela Davis once said “We have to talk about liberating minds as well as liberating society.” And that’s ultimately what ‘Staying Woke’ is all about- liberation. Just as the first page of the next book you read to your child can be turned within the four walls of a bedroom, liberation of the mind begins in the home.