After seeing the film, Franklin preservationist Pam Lewis learned that Franklin, Tenn. has its own Green Book entry. Lewis confirmed that the house at 253 Natchez Street in Franklin known as the Gaylor House was listed in the Green Book from 1956-1961.

A dedication ceremony was held for the marker on Saturday, February 15th.

“This is an important day in Franklin’s history, another wonderful victory,” McLemore said.

Local officials and historians gathered to dedicate the marker which is simply titled, “Franklin’s Green Book Entry.” It notes that the site is historically recognized for its former owner Ruth Gaylor and her guest house which participated in the famed Green Book, which was first published in 1936 by Victor H. Green.

Battle said Gaylor represented the upper echelon of black society at the time and the home served as a type of bed and breakfast. State laws in the South required separate facilities for African Americans and many hotels, guest houses and restaurants in northern states also excluded African Americans.

Paulette Johnson, member of the African American Heritage Society in Franklin, called the occasion history at its simplest and most complex.

and never realize the importance that it plays. It’s complex because if you look at the Green Book you can plan your travel from city to city with safe places to stay,” Johnson said.

Gaylor owned the home from 1902-1982.  Today the home is owned by Historic Shorter Chapel AME Church, which is located next door to the Gaylor House. The church purchased the property in the 1990s, according to historians. Shorter Chapel’s Rev. Hill said the next step is preservation of the house.

Warwick said the Williamson County Historical Society started a program of placing history markers around the county. He insisted that historical markers be placed at African American sites in the county. So far, Warwick said, three historical markers have been placed on Natchez Street which is the heart of the African American community in Franklin. Warwick said he wants to continue to add historic markers and his hope is to add a marker for Shorter Chapel which is the oldest AME Church in the county.

Lewis donated funds to pay for the marker for the Gaylor House.

“It has been an honor and labor of love to be involved in recognizing this simple stone home which safely sheltered countless travelers,” Lewis said. “It is my hope that we will continue to preserve recognizing and respecting the unique history of the Natchez, Hard Bargain communities especially in view of persistent growth pressures, gentrification and inadequate diversified housing options.” 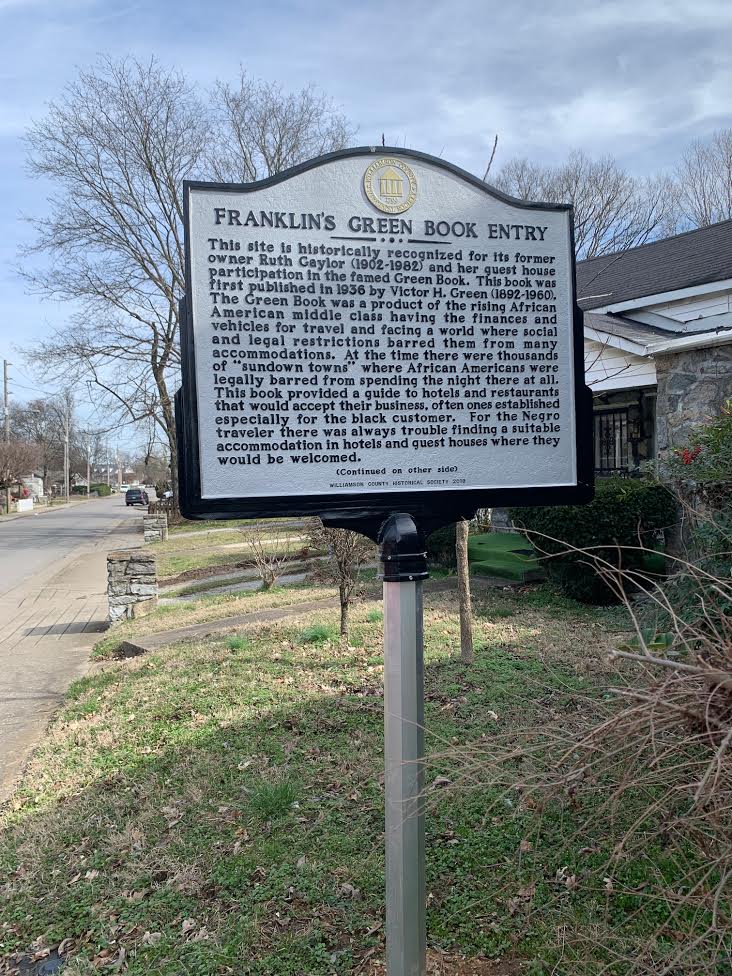