NASHIVLLE, TN — Veteran journalist Sandy Close knows how to tell a good story. She runs Ethnic Media Services and goes all over the country getting people to tell theirs.

Close moderated a two-hour session last week at the Southeast Branch of Nashville Public Library in Antioch. It was a little like Story Corps and a bit like the Ted Radio Hour. Representatives from Nashville’s minority communities and members of the Spanish language news media sat around tables sharing information with consumer protection advocates.

“This is about trying to reach the communities in Nashville, the ethnic minority communities, and find ways to educate them on consumer fraud and be able to be accessible for them so we may know what is going on in their communities,” said Cynthia Wiel, Director of the Tennessee Division of Consumer Affairs.

Ever had your credit card charged for things you didn’t buy? Ever been gypped by used car dealer? Tricked into an overseas romance that left you broken-hearted and broke? Evicted from a home you thought you owned? Paid for a gravestone for your late husband that never arrived? Ever gone into the DMV to renew your license only to find the picture of the person in their computer with your license number isn’t you?

“One of the most important things is to report scams,” said Cindy Liebes, Southeast Regional Director for the Federal Trade Commission. The FTC is the nation’s consumer protection agency. It received 2.7 million complaints about imposters, conmen, and grifters who swindled $905 million from consumers last year. In Tennessee consumers lost $13.7 million.

“We want to know from you, the people in the community, what are the issues that you are facing and the best way for us to learn that, is to hear it from you and have your constituents report back to us,“ Liebes said.

The FTC maintains a Consumer Sentinel database with millions of complaints from law enforcement, state agencies like the Tennessee Division of Consumer Affairs, and the Better Business Bureau. Individuals can file a complaint on FTC’s website here: https://www.ftc.gov/enforcement/consumer-sentinel-network

“We use it to enable us to do our law enforcement activity,” Liebes said. She estimated the 2.7 million reports the FTC received in 2017 are just 10 percent of all consumer fraud cases.

“Sometime it’s just someone showing up at your home and saying ‘I’ve got some left- over equipment’,” said Wiel, Tennessee’s Consumer Advocate.

“What we do is advise people to look up someone’s license. Also you should put down no more than one third. You shouldn’t pay in cash and you should have a written contract. Things like that can help a consumer at the front end.” Wiel said.

“For me it’s a pleasure to do that kind of work. When I hear of folks who been saved from getting into a problem or we are able to get them their money back, that keeps me going,” said Olha Rybakoff, a lawyer in the Tennessee Attorney General’s Division of Consumer Protection.

Rybakoff put one East Tennessee company out of business for bilking seniors in a timeshare scam. She won an $18 million settlement against a hormone replacement company that made an extract from sweet potatoes. Like snake oil, it was supposed to cure whatever ailed you. But women who took it grew hair in the wrong places. Men who used it grew larger breasts.

“We are in the process of trying to get money back to those consumers,” Rybakoff said. Not all cases end that well.

David Tarpley is a lawyer with the Legal Aid Society of Middle Tennessee and The Cumberlands. He has been a consumer advocate for forty years. Tarpley recalled the case of a scam artist who pretended to sell grave markers to bereaved widows.

“Even before the tears were dry he would pay them a visit and persuade them it would be a nice thing for them to buy a very nice grave marker for their late spouse,” said Tarpley.

The conman took payment in advance but the gravestones never arrived. “The complaints started to come in,” Tarpley said. He joined forces with the AG’s office.

“We got all his records and deposed him. And we were fixing to go to trial and he disappeared. I mean he really disappeared. We couldn’t find him at all. He took whatever assets he had with him. So our clients never got any benefit from our suit but at least we stopped him,” he said.

Complaints trigger fraud investigations that lead to court trials brought by Tarpley’s outfit, the FTC, or the Tennessee Division of Consumer Affairs. By doing outreach and education with consumers these agencies are trying to get ahead of the scammers.

Weil said she was inspired to work with the FTC and the AG’s office and to build partnerships with ethnic minority communities in Nashville.

“It really gives you hope,” Wiel said. “These folks sitting at the table are committed to protecting consumers and have been doing it for a very long time. And it’s been an incredible experience. But it’s shocking,” she said. 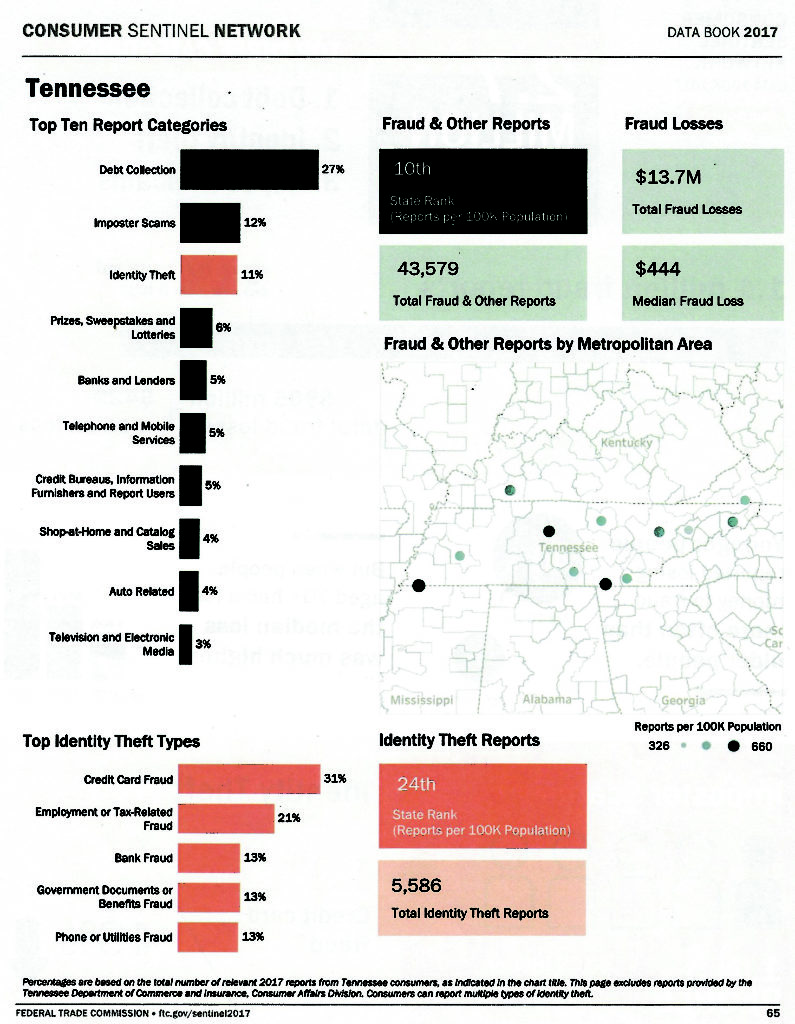