Madame Speaker, with a Democratic Majority in the House of Representatives and one of the most consequential elections in the history of this nation slated to occur in a few weeks, it’s time to send a powerful sign to Black voters that Black Lives Matter by passing HR-40 now!

2020 marks thirty-one years since the late Congressman John Conyers first introduced HR-40 as a bill to establish a Commission to Study Slavery, Jim Crow Laws and other post-emancipation discriminatory policies in the U.S. to  determine whether reparations for African Americans were warranted.  Congressman Conyers was moved to act by the impatient insistence of reparations activists in his district led by one of his staunch supporters Ray Jenkins aka Reparations Ray.  Reparations Ray was reflecting the sentiments of the National Coalition of Blacks for Reparations in America (N’COBRA) and its allies that reparations were long overdue for the holocaust of enslavement. 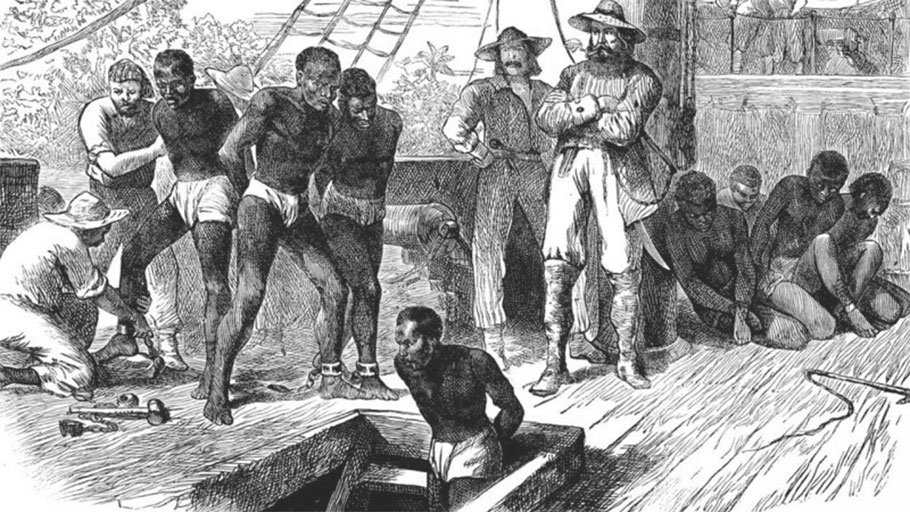 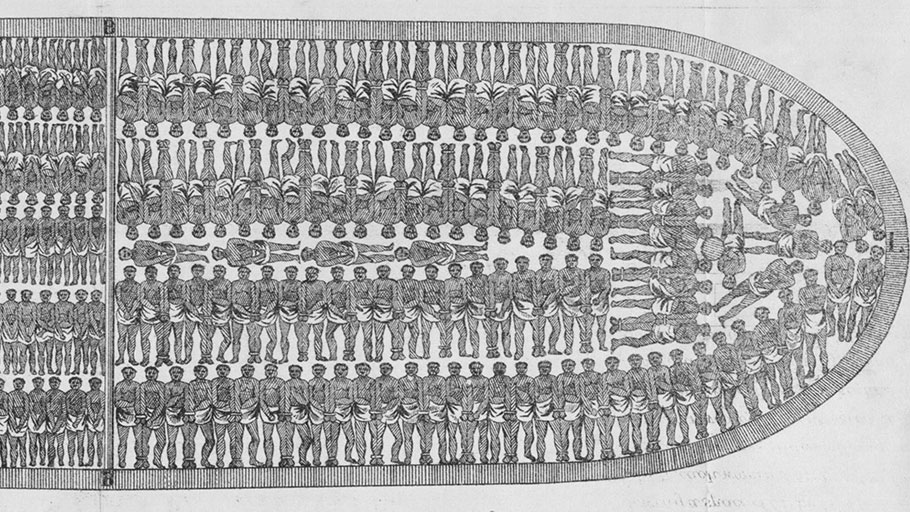 Congressman Conyers religiously introduced HR-40 every year as a “study” bill designed to ask a doubting nation whether an original sin should at least be examined to assess whether the African American wealth gap and other debilitating disparities and inequalities might be attributable to centuries of enslavement and targeted discriminatory policies. However, over the years volumes of scholarly studies, journal articles and books conclusively documented the link between the brutal and systematic oppression of Black people, the exploitation of Black labor and the explosive growth of America’s Capitalist system. Black labor produced wealth, power and privilege that benefited White Americans to varying degrees at all levels in this society. 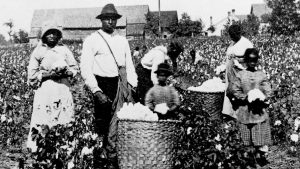 Recognizing the validity and value of this mountain of research and the relentless struggle of reparations activists advocating for the cause in 2015, Congressman Conyers heeded the call of the National African American Reparations Commission (NAARC) and N’COBRA and transformed the original HR-40 from a “study” bill to a “remedy” bill. The current bill calls for the establishment of a Commission to examine Reparations Proposals for African Americans; that is to say, not if reparations should be awarded, but in what forms.

This is the bill that Congresswoman Sheila Jackson Lee has inherited from her esteemed mentor, Congressman Conyers, as its Lead Sponsor and courageous champion.  Under her tireless and skillful leadership, HR-40 has more than 150 Co-Sponsors, more than at any point in the history of the bill.

In this critical presidential election season, there has been a dramatic surge of interest in reparations.  Aware of the potential of the Black vote, in the primaries many of the Democratic presidential candidates eagerly embraced the idea of reparations and pledged to support HR-40. In addition, decades of education, advocacy and organizing has propelled the national discourse on reparations from the margins to the mainstream. Now a broad spectrum of leaders and organizations from various sectors of American society have come to the realization that more than 400 years of enslavement and discriminatory policies have been devastating in terms of intractable disparities and inequalities that continue to plague African Americans. 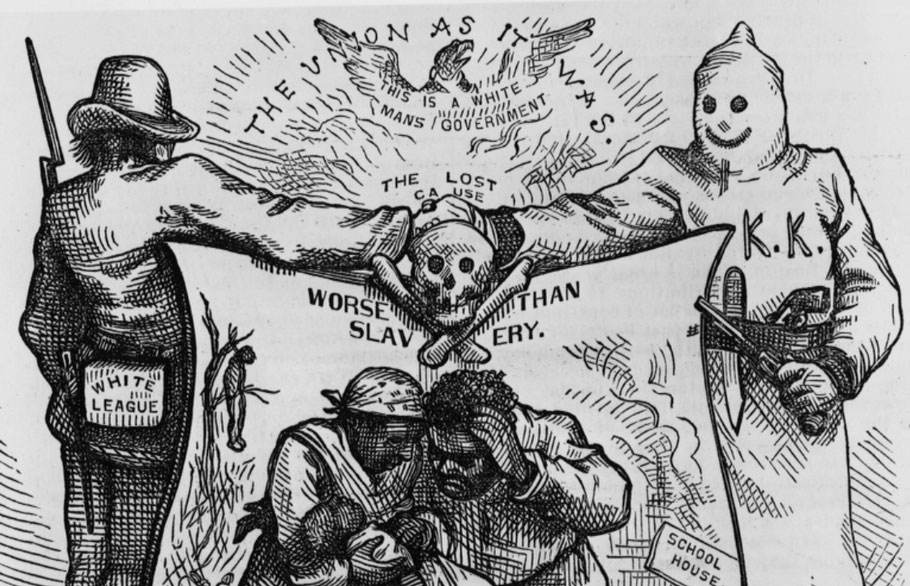 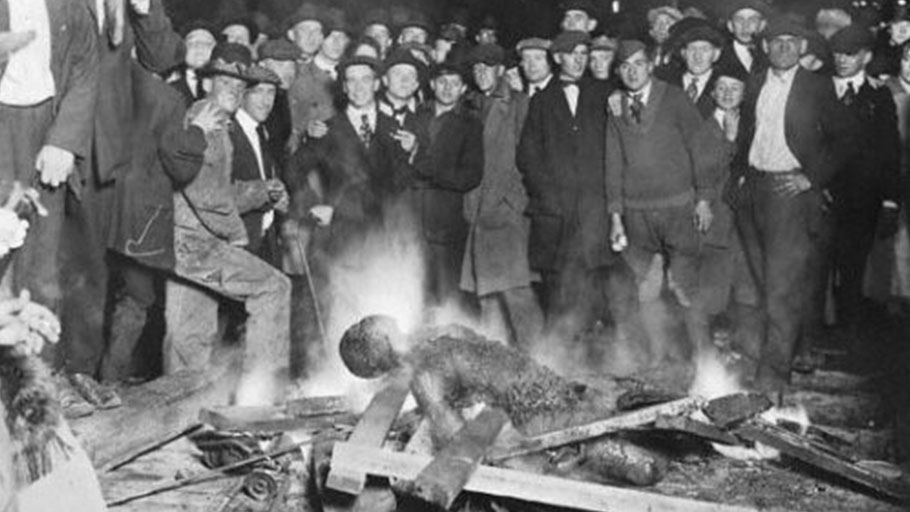 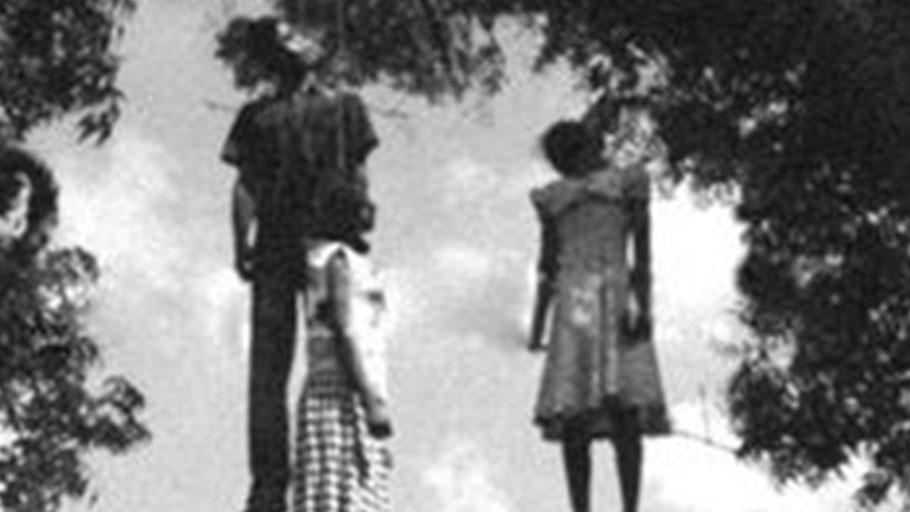 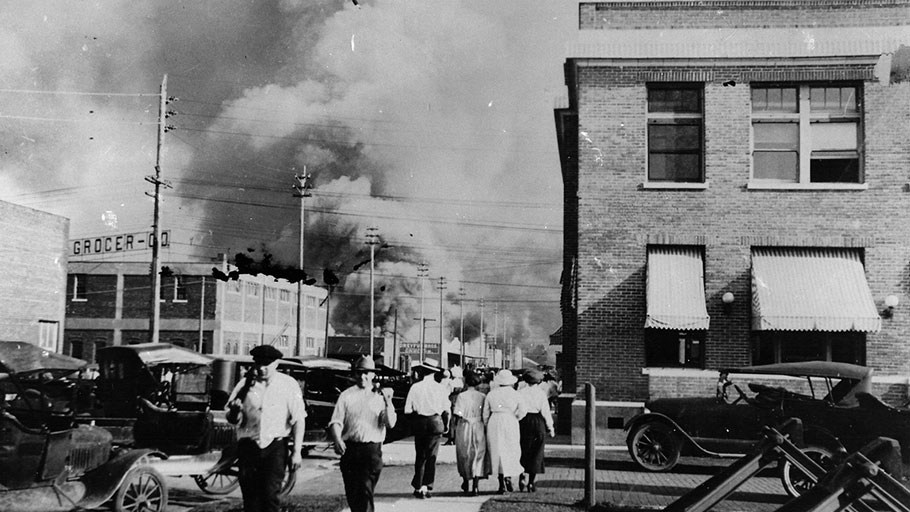 And, more than anything else in recent history, the COVID-19 Pandemic has exposed the raw naked realities of disparities in access to health and social and economic resources in Black communities.  Equally painful has been the impact of a seemingly endless epidemic of police violence and killing of Black people as epitomized by the horrifying public lynching of George Floyd and reckless killing of Breonna Taylor. The persistence of these realities over generations leads to one irrefutable conclusion: Black people are disproportionately suffering and dying because of structural and institutional racism deeply imbedded in the systems of American society. In fact, the COVID-19 Pandemic and epidemic of police killings is having a traumatizing effect on African Americans, penetrating to the soul of Black folks, triggering flashbacks to the thousands who were lynched, the massacres and violent destruction of Black communities.

Fortunately, recent events have sparked an awakening as millions of Americans have taken to the streets in righteous indignation proclaiming that “Black Lives Matter,” demanding racial, social and economic justice and the eradication of racism and white supremacy. Conscious of this potential moment of inflection,  Congresswoman Sheila Jackson Lee has counseled her colleagues in Congress and the nation that while major reforms in policing, criminal justice, economic opportunities and voting rights are absolutely imperative, they will not address the fundamental flaw in the edifice of this nation, structural, institutional racism.  Reflecting on the message and meaning of Rev. Dr. Martin Luther Kings’ book Why We Can’t Wait, her urgent appeal is for America to reckon with its original sin by finally awarding reparations to African Americans. 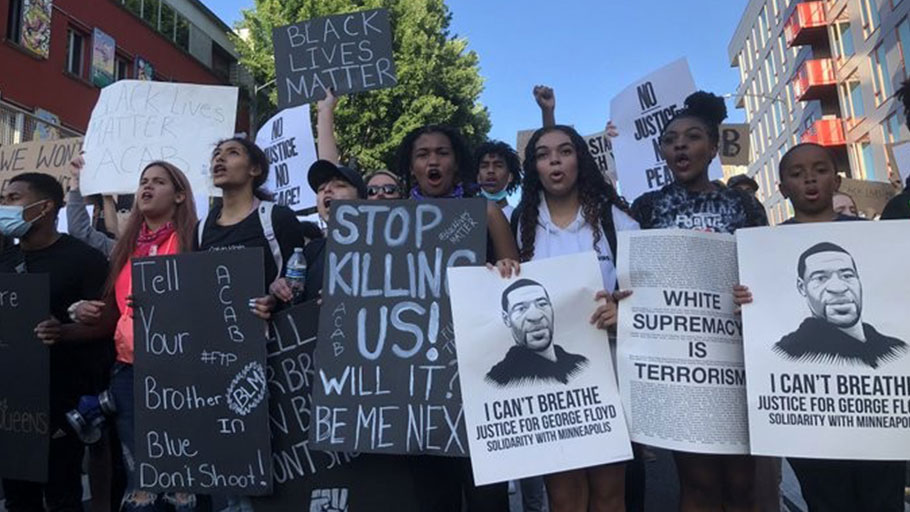 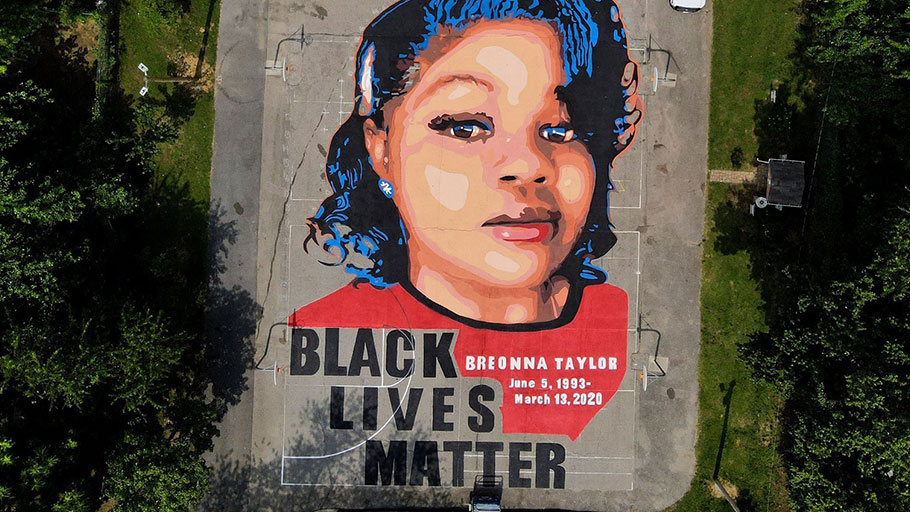 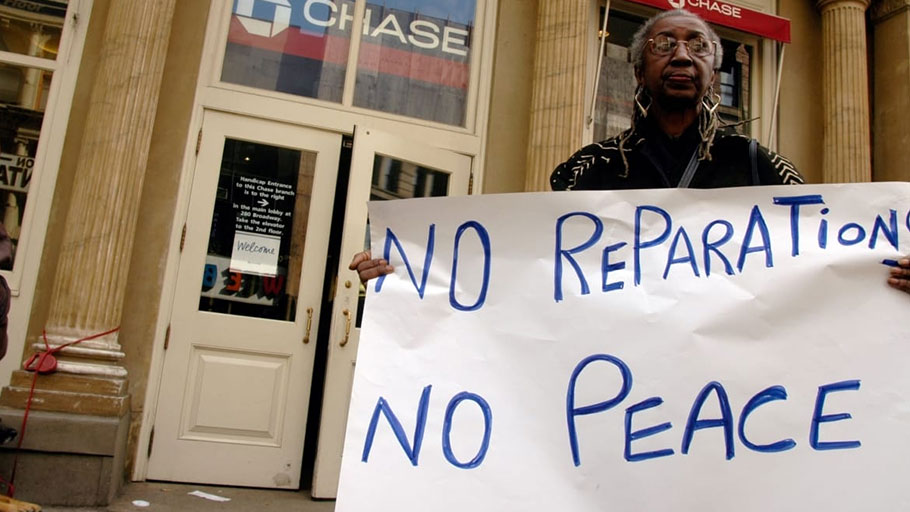 Madame Speaker, as a longtime advocate for reparations and Convener of NAARC, I am in profound agreement with Congresswoman Jackson Lee: The aspiration for a “more perfect union” cannot be fulfilled until  the damages inflicted on African Americans have been fully repaired and our people have been healed.  HR-40 is the pathway to the healing of African Americans and the nation!

Madame Speaker, we are aware that you, Majority Leader Steny Hoyer and the House Leadership have previously expressed your support for HR-40. For this we are sincerely appreciative. However, we are deeply concerned that with so many competing important policy priorities, the Democratic Party, including the presidential candidate, will miss the awesome potential of this moment to boldly address the virus of structural, institutional racism and white supremacy in this fatally flawed union. You must not wait. HR-40 must be a PRIORITY of the House Leadership, the Democratic Party and its presidential candidate.

In their fervent desire to defeat the current resident in the White House Black voters, the Democratic Party’s most loyal supporters, rescued the candidacy of Joe Biden in South Carolina. There is no question that the overwhelming majority of probable Black voters are committed to defeat Trump and Trumpism as an existential threat to  the rights of African Americans, other people of color, women, LBGTQ, labor, immigrants and the environment.

The polls do not look good for this beleaguered President. But, the Democratic party should not take it for granted that victory is assured. In 2016 Trump won by the margin of unmotivated probable and non-probable voters in battle ground states, especially among young Black voters. As I pen this Letter, poll after poll, article after article, analysis after analysis show a lukewarm response to the Democratic Party and Biden as its standard-bearer among younger Black voters. Hence, the flurry of demands for a “Black Agenda” from popular rap artists, athletes, radio talk show hosts  and Black Lives Matter activists in the streets, virtually all of whom have REPARATIONS at the top of their list of demands. They are WOKE and saying loudly, “WE CAN’T WAIT.”

Madame Speaker, a highly motivated, massive Black voter turn-out will be required to achieve a massive popular vote and avoid the debacle in “battle ground states” that produced a shocking electoral map victory for Trump in 2016. The millions of overlooked non-probable voters and skeptical young Black voters can determine the outcome of this epic election, this monumental battle for the very heart and soul of this nation; a battle rendered more urgent due to the untimely death of the iconic Supreme Court Justice Ruth Bader Ginsberg and the outrageous refusal to prosecute the police officers who killed Breonna Taylor.

Reparations is the past due racial remedy whose time has come; the remedy which directly addresses structural/institutional racism and its impact on African Americans. Therefore, it is critically important that the House Leadership send a resounding reaffirmation of its support for reparations by passing HR-40 NOW! The Democratic Party’s standard bearer Joe Biden should also say it out loud – “I support HR-40.”

Madame Speaker, this reaffirmation will reverberate through-out Black America providing the added reassurance that will spark the largest Black voter turn-out in history, a massive Black voter wave that propel the Democrats to victory in the House, the Senate and the White House; a purifying wave that will pave the way for the new President to sign HR-40 into law  as the essential centerpiece of a progressive agenda for a New America! We can’t Wait, pass HR-40 NOW!