BRISBANE, Australia — A capacity crisis at the Australian state of Queensland’s public hospitals is the result of long-term under-investment, and a new funding model is needed, doctors claim.

Surging demand for emergency department beds in recent months has led to a spike in ambulance ramping — when patients are treated in ambulances on hospital driveways until beds become available. 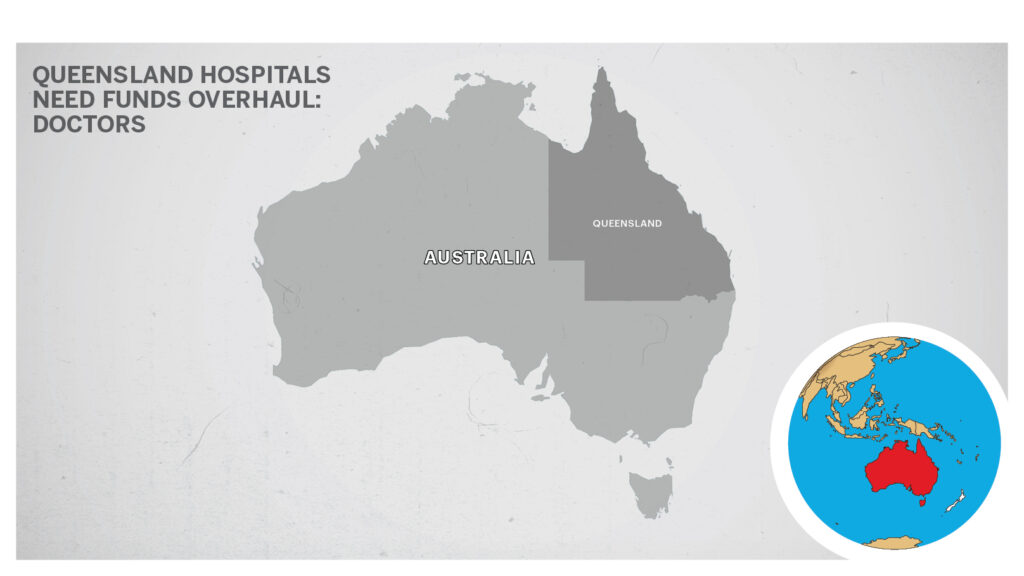 He claims a big part of the problem is a chronic under-investment in public hospitals.

“We are unable to cope with the extra demand that we’re seeing right now, and of course, that’s pretty scary because we don’t have any flu around at the moment, and we don’t have any Covid that makes people sick,” he said.

“If either of those things happens, you can only imagine how our hospitals will cope.”

Korshid claims the Australian Medical Association wants the national cabinet to work out a new funding model to deal with the capacity crisis in hospitals.

He further claims that as public hospitals are at breaking point, the patients are suffering as a consequence. Fundings are required so that hospitals can provide proper health care facilities to their patients in hospital beds and not at the back of ramped ambulances.

State Opposition Leader David Crisafulli claims another part of the problem in Queensland is that the government doesn’t publish real-time data on waiting times, bed capacity, or resourcing.

He further claimed that data was currently available under a New South Wales Liberal government and Western Australia’s Labor government, but Queenslanders didn’t have a clear picture of the issues.

“There are two jurisdictions with different political flavorings, and yet they find it in themselves to be open and honest with data, and we’re going to force this government to do the same,” Crisafulli said.

“Why is it that I can get on my phone now and I can tell you what the wait is at an emergency department in New South Wales, but I can’t tell you what it is at the SCU (Sunshine Coast University) Hospital around the corner.”

“That’s not open and honest, that’s not transparent, and you can’t fix what you don’t measure.”

The government maintains that it will deliver a “record health budget” later this month to help deal with capacity issues, but it will not specify whether public health funding will increase more than inflation.