NASHVILLE, TN — Tennessee Tribune Editorial Director Sandra Long Weaver will be one of the credentialed journalists covering the final presidential debate at Belmont University on Thursday, Oct. 22. The debate will take place from 8 p.m. to 9:30 p.m. and will be shown on numerous networks.

NABJ. She has over 40 years of experience working for newspapers and she currently serves as the advisor for The Meter, the 70-year-old student publication at Tennessee State University.

Coverage will be on the Tribune website at tntribune.com following the debate. More than 33 million of 285 million registered voters have already cast their votes.

Presidential candidate and former Vice President Joe Biden and President Donald Trump held competing Town Halls on Oct. 15 instead of the second debate because the president was recovering from the coronavirus. Trump withdrew from participating in a virtual debate.

The Commission on Presidential Debates has issued very strict guidelines to keep the candidates and journalists safe at the final debate. The number of journalists has been reduced substantially from the number who covered the debate between former President Obama and Sen. John McCain on the campus in 2008. And everyone will be required to wear surgical masks.

The format is the same as the first debate that was held Sept. 29 where 73 million people tuned in to watch. Each segment will last about 15 minutes and candidates will have two minutes to respond after the moderator opens each segment with a question. The CPD has now said the mike will be muted of the candidate not speaking during each two-minute segment so interruptions will be minimized.

Welker will then use the rest of the time in the segment to facilitate further discussion on the topic. During the first debate, President Trump continually interrupted former Vice President Joe Biden. Moderator Chris Wallace was criticized for his lack of control of the debate and Trump for his behavior. 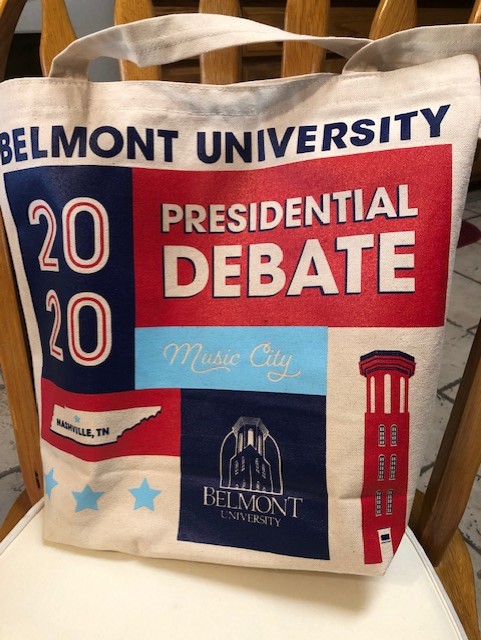 NASHVILLE, TN — Tuesday, July 5, is the last day to register to vote in the Aug. 4 special metro council election, the Davidson County school board election and legislative primaries. Early voting is July […]

By April Hefner  It’s time. With a short and simple phrase, Belmont University President Dr. Bob Fisher announced yesterday to the Board of Trustees his intent to retire in May 2021 following more than two […]

“That sounds familiar,” seems to be the exact words of many Americans Monday evening. Yesterday marked the start of the Republican National Convention, This event, like always sparks a lot of attention and press as […]