BOGOTA, Colombia — Colombia, the second most biodiverse country in the world, set a new example of wildlife conservation to commemorate World Wildlife Day on March 3.

Holding nearly 10 percent of the global biodiversity within its territory, the South American nation released a dozen animals, including different species of birds such as tinguas, eagles, pigeons, and reptiles such as grass snakes after their rehabilitation in the La Conejera wetland in the national capital of Bogota.

“It is very important to remind Bogota’s citizens that all wildlife is better ‘free and at home’,” said Carolina Urrutia, secretary, ministry of environment. “As much as we free the animals, we have to invest a lot of resources and time to rehabilitate these animals for their return to nature.”

The animals successfully recovered during their rehabilitation period and were released into their natural habitats. People close to the wetland also participated in the release.

“Great celebration. With the release of 10 tinguas, one eagle, one sabanera snake and one torcaza (South America’s most abundant dove) in the La Conejera wetland, Bogotá commemorated the World Wildlife Day and recalled that wild animals are not pets,” tweeted Colombia’s Secretaría de Ambiente or ministry of the environment. 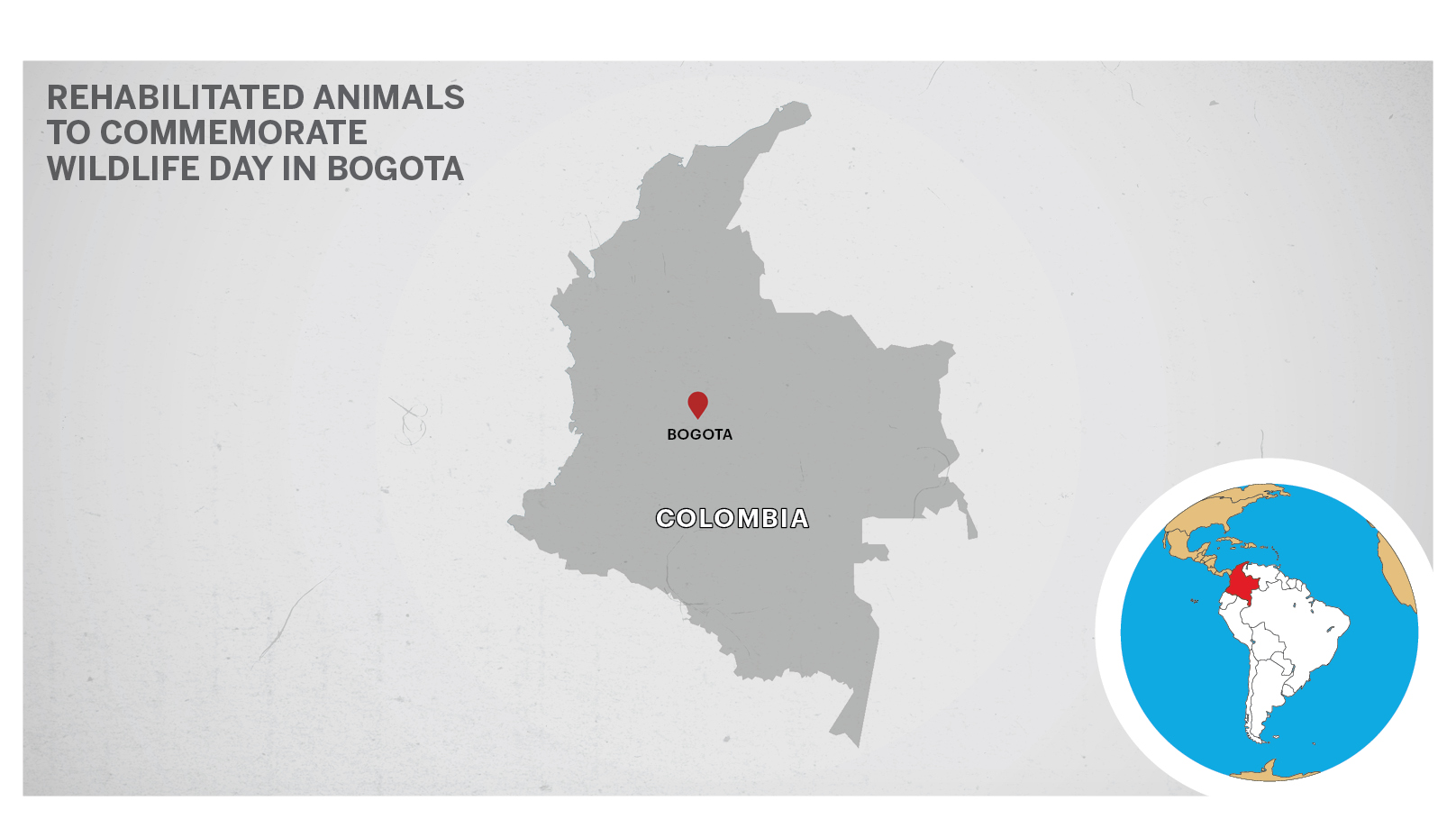 With more than 600 species of flora and more than 200 species of fauna (endemic and migratory), Bogota is one of the richest cities in terms of biodiversity in Colombia. Its territory is rich in wetlands, rivers, streams, mountain parks, eastern Hills, and ponds, which make the city an ideal place for wildlife.

“These species are typical of these ecosystems and this is where they should be and not in the homes of any of us,” said Camilo Rincon, director of environmental control. “It is a very important activity. Let us remember that Colombia is the second most biodiverse country in the world and we have more than 50,000 species registered at the national level.”

Rincon said fauna, for Colombia, is a vital and essential part of their ecosystems and people must continue to care, protect and conserve it.

Located among the Amazon rainforest, the Andes mountains and lush islands, Columbia has an extraordinary range of plants and animals that vary from vertical and horizontal zones. Human intervention has vastly altered the original vegetation. Currently, the pastures, crops, and grass have replaced the original cover of broad-leaved evergreen trees.

The fauna of the Amazon and Pacific coastal regions has supported various species such as sloths, monkeys, spectacled bears, deer, tropical rodents, and capybaras. Carnivore animals include pumas, jaguars (endangered species) and raccoons are also found in abundance.

The birdlife encompasses more than 1,500 species that include toucans, hummingbirds, and several migratory birds that migrate annually from North America.

As of December 2019, the International Union for Conservation of Nature Red List included more than 330 animal species in Colombia categorized as vulnerable. Other 216 animal species in the South American country were considered endangered.

The outbreak of wildfires has affected the flora and fauna of Colombia. Data states that the number of such outbreaks in Colombia increased by 22 percent between Jan.1 and Sept. 13, 2020, compared to the whole previous year. During the first half of 2020, almost 20,000 wildfires were detected across the Colombian territory.

At the 68th session of the United Nations General Assembly, March 3 was proclaimed as the signature day of the Convention on International Trade in Endangered Species of Wild Fauna and Flora.