“It is a privilege to have these scholars and historians to speak about these two great men. Their expertise is unparalleled and will provide a wealth of 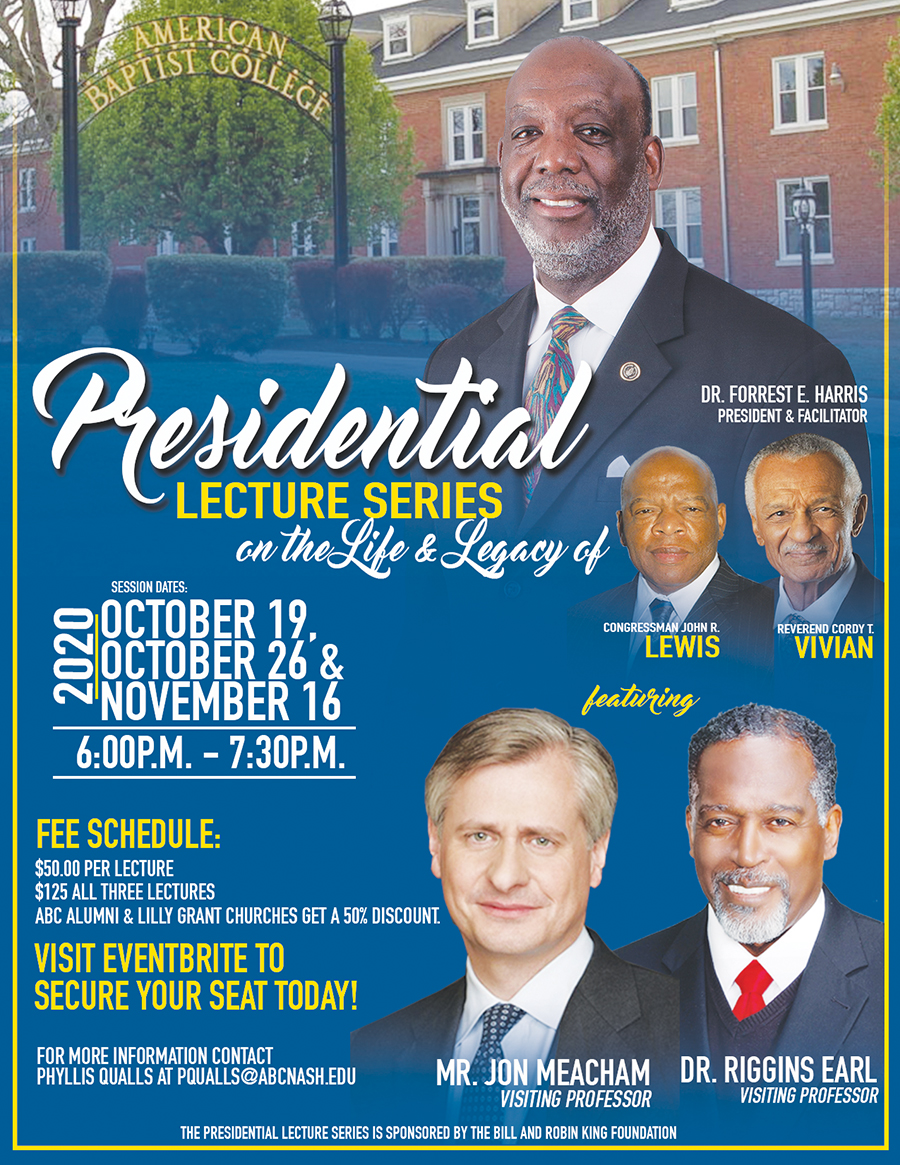 Meacham explained, “I am thrilled to be a part of American Baptist College in this role.  Congressman Lewis was an extraordinary human being who cherished his education at ABC, and his years on ‘the Holy Hill’ served as the foundation for his civil rights activities and his service in the Congress.

The Civil Rights Movement of the 60s propelled these two men to the public eye because of their unending fight for justice.

Earl stated, “I look forward to presenting on such a strong disciple of voicing people’s rights. Rev. Vivian was a bold agent of social change and continued to preach and teach throughout his life that giving voice to the people was essential for making a change in the world.”

The lives of Civil Rights icons, Congressman John Lewis and the Reverend C. T. Vivian, recipients of the highest civilian award, the Presidential Medal of Freedom is an invaluable resource to explore the Christian-ethic and social justice ethic moral that shape their leadership. On July 17, 2020, they both died, leaving leadership legacies of moral vision and exemplars of the Christian love-ethic and commitment to the method of non-violence for social change.

Harris stated, “These lectures on Congressman John Lewis and Rev. C. T. Vivian are necessary for historical perspective. These presentations focus on the relevance of these iconic figures to the current times and forecast what we might expect in the future of social activism.”