SYDNEY — There will be no limit on the number of taxis in the south-eastern Australian state of New South Wales, with taxi licenses no longer able to be bought and sold under major reforms announced by the state government.

The move to further deregulate the struggling taxi industry is meant to help taxi businesses, drivers, and users, the government says.

But it will leave license holders concerned about how much financial assistance they will receive.

Abolishing the cap on the number of taxi licenses will mean taxis can operate freely and based on actual demand patterns, the government says.

The move should lower prices for consumers by removing the costs associated with the license and make taxis more affordable compared to ride-share options like Uber. 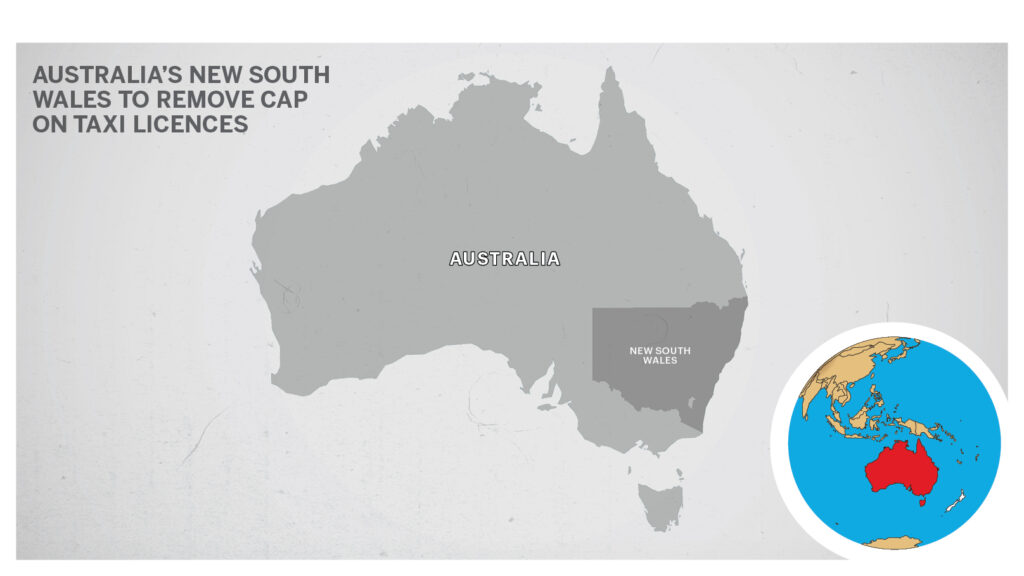 At the same time, the maximum fare limit for most rank and hail trips will be removed. The exceptions will be for customers with a disability or those hailing a cab from Sydney Airport.

The government says it will provide financial assistance to license owners affected by the change but did not quantify that compensation.

License holders in the regions, as well as those who haven’t had enough time to recover the cost of their investment, will be given priority for assistance.

Taxi drivers will still require a license but instead of trading for them, drivers will apply to a Point-to-Point Transport Commissioner for a license.

When they get one, drivers will be able to operate anywhere in the state.

The Point to Point Transport Commissioner is responsible for administering taxi licenses in New South Wales and ensuring that taxi license holders understand and comply with their obligations.

The change is part of a suite of reforms to the taxi industry, recommended by an independent review into the point-to-point transport industry published in February 2021.

The review found taxis struggle to compete with the ride-share industry under the existing New South Wales model.

Taxis currently require an expensive license to operate, and lease schemes mean the owner of the license is not always the same business using the license.

The government accepted the review’s 24 recommendations in whole, in part, or in principle.

“We’re cracking on with our plan to deliver important changes to the point-to-point industry so providers can come back strong after suffering through drought, bushfires, floods, and the Covid-19 pandemic,” New South Wales transport minister Andrew Constance said.

The government says it plans to consult on the reforms.