In a more subdued, but still intense final presidential debate Thursday night (Oct. 22), the topic of race in America came to head and President Donald Trump and Democratic challenger Joe Biden displayed how far apart they stand on the issue. And yet, neither candidate said anything strikingly different than before.

When debate moderator Kirsten Welker of NBC asked them several questions on the topic, she began by imploring both men to speak directly to Black families about “the talk” or having to instruct their children on how to navigate during encounters with law enforcement. It is possibly the first time a question like this has ever come up in a presidential debate.

Biden answered by saying that while he has never had to speak with his daughter, who is a social worker, about interacting with police, he knows that Black families often do.

“He’s been in government 47 years and did nothing except in 1994,” Trump said, referring to the Crime Bill that President Bill Clinton signed into law that year.  “And he did so much harm, he called them ‘super predators.’ “ But that has been debunked. The “superpredators” remark is actually attributed to then-First Lady Hillary Clinton in a 1996 speech she gave in Keene, N.H., which later served to alienate some Black voters from her.

But watchers of the debate related to the entire racial segment in which the candidates argued and Black viewers remembered what “the talk” is vividly. 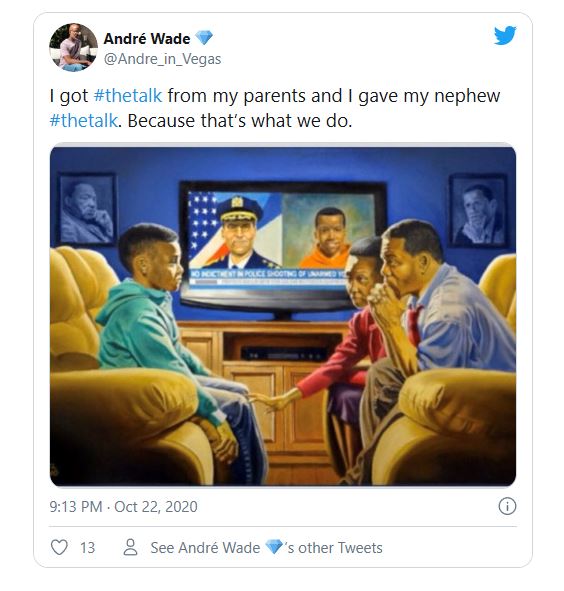 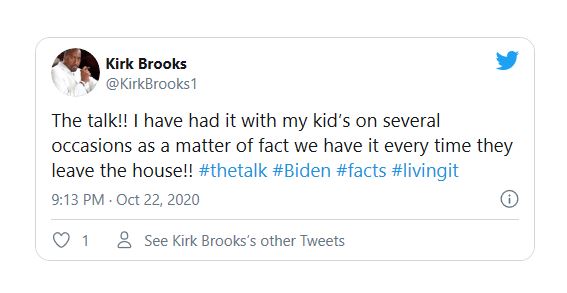 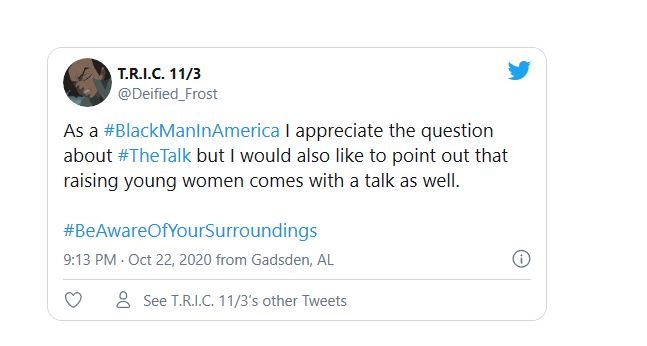 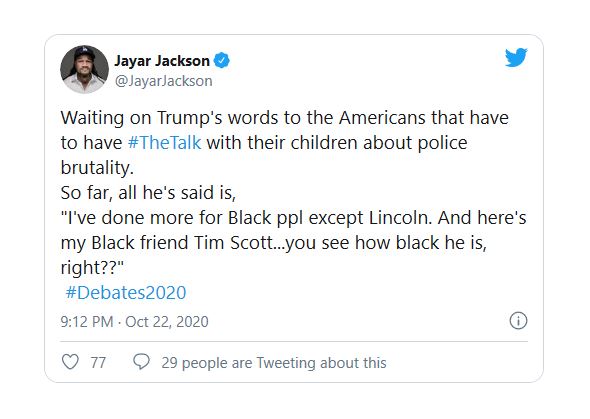 Resilience Runs in the Family: Finding Roots in Fordtown

May 29, 2020 Ashley Benkarski Television, Uncategorized Comments Off on Resilience Runs in the Family: Finding Roots in Fordtown

WASHINGTON CO., TN– Sharee and DeVonn Burress of St. Louis had no idea where the search for their family history would take them. With the help of genealogy research company Ancestry.com and NBC’s weekly show […]

Black America Must Wake Up to this Viral Threat

November 5, 2020 Article Submitted National Comments Off on Black America Must Wake Up to this Viral Threat

CNN host Van Jones is the CEO of the REFORM Alliance, a criminal justice organization for which Jessica Jackson serves as the chief advocacy officer. The views expressed in this commentary are his own. View […]

Je’Caryous Johnson’s “SET IT OFF” Coming to TPAC

March 13, 2020 Ashley Benkarski Entertainment Comments Off on Je’Caryous Johnson’s “SET IT OFF” Coming to TPAC

Nashville, TN — The hit stage play “Je’Caryous Johnson presents SET IT OFF” based on the critically acclaimed film by the same name is back by popular demand, arriving in Nashville Sun., March 15 at […]