News Ticker
By Rosetta Miller Perry
Just as Barack Obama’s 2008 and 2012 victories in the presidential election were historic, Kamala Harris‘ win in 2020 is equally an incredible landmark. America for the first time has a Black and Asian woman in that office.
The daughter of immigrants from Jamaica and India and a proud HBCU graduate and my soror (Alpha Kappa Alpha, Inc.).
Harris’ ethnic, racial, and cultural biography represents a slice of the U.S. population that is becoming ascendant but that has never been represented in the nation’s second-highest office.
It’s laughable that there were actually people in the Trump camp, as well as a few ignorant stupid brothers, who tried to claim she had no ties to the Black community ( I am sure her FBI background check by the Republicans revealed her ties).
Senator Harris grew up in an area in West Berkeley known as the “flatlands,” which has a sizable Black population. Her parents were living examples of the value of education, with her father being a Stanford University professor emeritus of economics, and her mother  a pioneering breast cancer researcher who earned her doctorate in 1964. That was a time when few women of color were even in grad school, let alone earning graduate degrees.   Her mother, Shyamala Gopalan, was from Chennai, India; her father, Donald Harris, from Jamaica. The two met as graduate students at the University of California, Berkeley.  Her name, Kamala, means “lotus” in Sanskrit and is another name for the Hindu goddess Lakshmi. She visited India multiple times as a girl and got to know her relatives there.
Harris attended Howard University, a historically black university in Washington, D.C., and while at Howard, she interned as a mailroom clerk for California senator Alan Cranston, chaired the economics society, led the debate team, and was inducted into  Alpha Kappa Alpha Sorority, Inc.
Some criticizing was made in some circles of Harris’ record as a prosecutor, though much of the criticism was both selective and more distorted. Harris ran for DA on a platform of stopping gun violence in poor neighborhoods and cutting homicides in Black communities. A major criticism of her was convictions of drug dealers increased from 56 percent to 74 percent from 2003-2006. Yes, there was a lot wrong with the nation’s drug laws then and now, and no doubt some Black drug dealers believed they received overly harsh and stiff sentences.
Harris also created an environmental crimes unit to investigate companies who were well known for dumping illegal waste in poor black and brown communities in California.  In this role, she worked tirelessly to hold corporations accountable and protect the state’s most vulnerable people.
Another thing that was not properly reported concerns a supposed overemphasis on marijuana convictions. It’s true her office prosecuted more marijuana crimes than her predecessor. But the number of defendants sentenced to state prison for those crimes was actually LOWER than that of her predecessor. In fact, her office actually had a track record of NOT pursuing jail time for marijuana possession offenses. So all this business about her being so anxious to lock up Black men is untrue. Also, her critics forgot she pledged never to seek the death penalty and prosecute three-strike offenders unless there were cases of violent crimes.  In this role, she worked tirelessly to hold corporations accountable and protect the state’s most vulnerable people
Lastly, there’s the charge she pursued Black parents because of an emphasis on truancy.  The truth is she issued citations against six parents in 2008 whose children missed over 50 days of school.  Harris’s efforts reduced truancy by 23 percent. Over a three-year period, she prosecuted seven parents and  NONE of them went to jail.
All these facts are important because they refute the nonsense that Kamala Harris somehow is isolated or unaware of the struggle of Blacks.
It is important to note that having completed two terms as the District Attorney of San Francisco, Kamala was elected as the first African-American and the first woman to serve as California’s Attorney General and first South Asian woman senator and Kamala will be remembered as a pioneering figure for all women in this country.
She also stood tall during Senate hearings with Trump appointees, refusing to let them just give her bland, uninformative, and canned responses. Now she’s in a position to eventually become the first Black and South Asian woman president. Hopefully, in her time as VP, she will take the lead in matters of criminal justice. The Trump Justice Department has been a long-standing joke. Barr has acted as a virtual one-man band of irregularity: He forced the U.S. attorney in Washington, Jessie K. Liu, out of her job, thereby enabling him to countermand former special counsel Robert S. Mueller III’s sentencing recommendation for Roger Stone.  And Barr gave a transparently false account of the Mueller report in the week before it was released to the public.
Her extensive educational credentials should play a role in choosing an Education Secretary with real credentials, as opposed to Trump’s Secretary of Education,  Betsy DeVos who has made it her mission to dismantle public education, privatize public schools through vouchers, continually calls for deep cuts to federal funding, rolls back protections for vulnerable children, and completely disregards their safety and the safety of educators during a global pandemic. 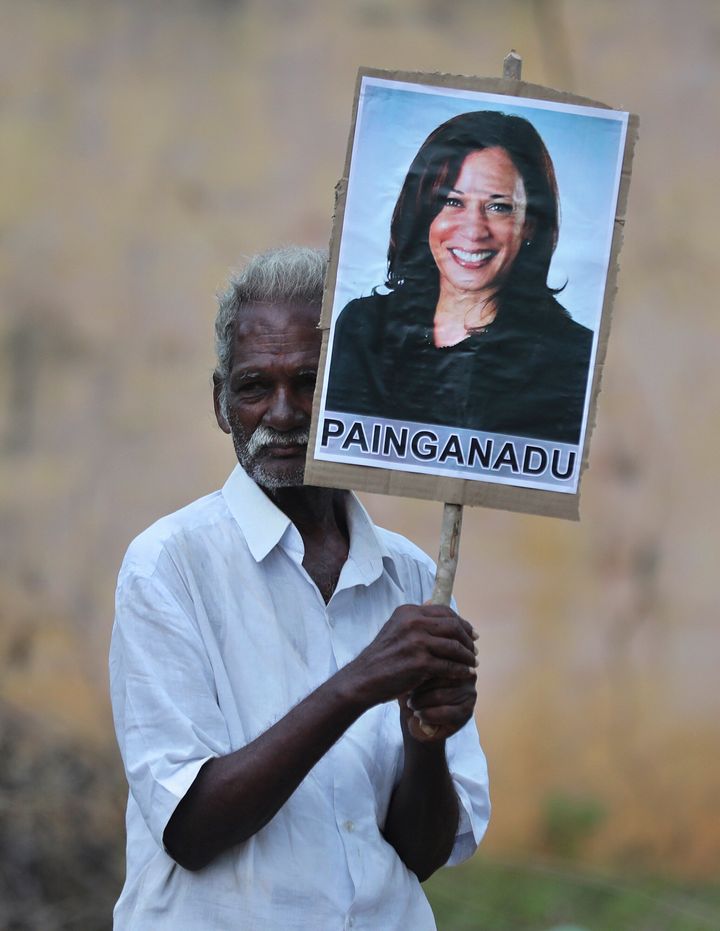 The Black community, as well as the nation as a whole, should be proud Harris is Vice-President. Those who aren’t so enamored of her should closely examine her record rather than take the word of people who push half-truths, distortions, and outright lies. We’re thrilled that she’s now the second-highest person in the nation and look forward in the coming days and weeks for her input and impact on much needed domestic legislation and initiatives in multiple areas.
Kamala Harris‘  represents real progress in the nation after four years of reprehensible rhetoric and conduct by the Trump administration, as well as a string of unqualified judges and other people in key positions whose decisions have reflected their incompetence and whose behavior has contributed to economic hardship and distress for all of us in America.
It’s a thrill to see her in this office and to know that her predecessor and his disgusting boss are sent back to their respective districts.

Black America Must Wake Up to this Viral Threat

November 5, 2020 Article Submitted National Comments Off on Black America Must Wake Up to this Viral Threat

CNN host Van Jones is the CEO of the REFORM Alliance, a criminal justice organization for which Jessica Jackson serves as the chief advocacy officer. The views expressed in this commentary are his own. View […]

My Plan to Lift Every Voice in Black America

October 22, 2020 Tribune Staff Featured, Political Editorial Comments Off on My Plan to Lift Every Voice in Black America

By Joe Biden There is injustice in America. There is discrimination. There is a legacy of racism and inequality that lives still in our institutions, our laws, and in too many people’s hearts that makes […]

A federal judge in Georgia on Monday ordered two counties to reverse a decision removing more than 4,000 voters from the rolls ahead of the Jan. 5 runoff elections that will decide control of the […]