CANBERRA, Australia — There is hope the Australian state of Queensland’s border will stay open ahead of school holidays as the state tries to figure out how a flight attendant was infected with Covid-19 before being released from hotel quarantine.

Acting Chief Superintendent Rhys Wildman said he was “very hopeful” the borders will stay open as Queensland, New South Wales and Victoria count down to the break beginning on June 26.

“The Gold Coast is open for business, the residents and actually the businesses here, the hotels, are very much looking forward to the school holidays,” he told Channel Nine on Monday. 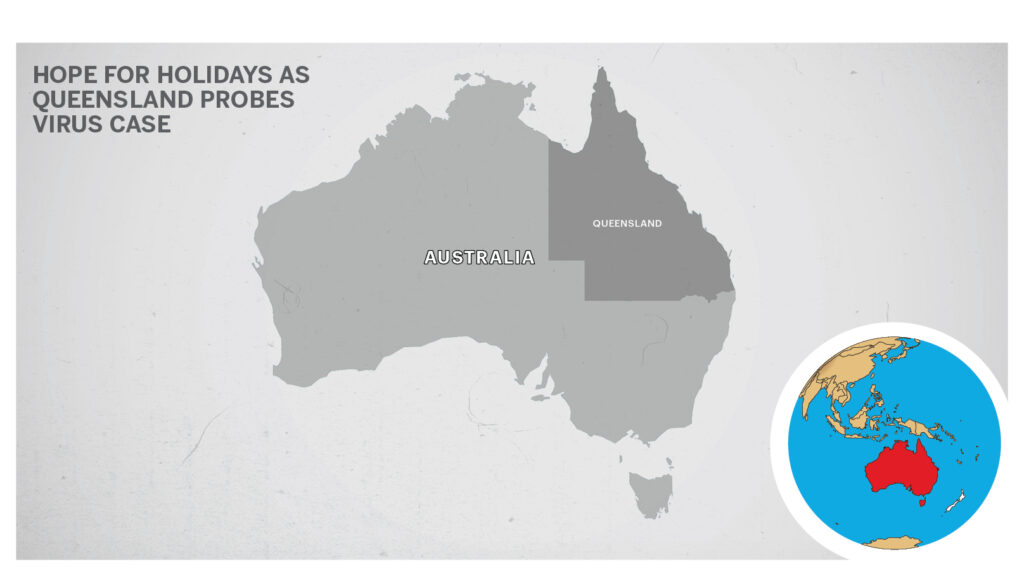 Genomic sequencing shows the flight attendant does not have the more infectious Delta strain, discounting the theory she picked up the virus from a passenger on board an Emirates flight that landed in Brisbane on June 5.

Contract tracers are working to determine if the virus spread when the woman visited the direct factory outlet shopping center at the airport as well as Brisbane’s Central Business District and the suburb of Ellen Grove.

Brisbane CBD is popular for chain fashion stores and luxe brands on busy Queen Street, plus the shady riverfront City Botanic Gardens. Brisbane City Hall offers historical photos in the Museum of Brisbane and skyline views from its 1930s Clock Tower. The area is generally quiet at weekends, apart from the waterfront cocktail bars and seafood eateries around Eagle Street Pier, which draw an upmarket crowd.

The woman, aged in her 30s, tested negative during her stay in hotel quarantine before being released on Saturday morning.

A follow-up test that day returned a positive result in the evening.

Capacity at indoor venues is set to increase and limits on gatherings removed.

Health Minister Yvette D’Ath said the changes are possible because of the state’s check in-app and confirmed more venues will have to use the system.

“Places like food courts, open houses, hairdressers, casinos, theme parks and caravan parks will be required to use the app,” D’Ath said on June 20.

Yvette Maree D’Ath is an Australian politician. She is a Labor member of the Legislative Assembly of Queensland representing the seat of Redcliffe. D’Ath is currently the Minister for Health and Ambulance Services and Leader of the House.