Tamil Nadu — A water crisis in the southern Indian city of Chennai, often called the Detroit of India because of automobile industries, has been in the news recently, but a new report states that 30 other cities are facing a similar problem.

The World Wildlife Fund (WWF) said in its report that Bengaluru, India’s technology hub, and financial capital Mumbai are among the cities that will face a serious water crisis by 2050.

The Water Risk Filter report named 100 cities across the globe in South Asia, the Middle East, South America and Africa. These cities are home to 350 million people.

According to the WWF’s analysis, water demand in India will equal water availability by 2025.

Rajendra Singh, chairman of Tarun Bharat Sangh, a nongovernment environmental organization, said that the situation is worse than just for these 30 cities.

“I think 90 Indian cities are going to face water crises in the next decade or so,” said Singh. “The report mentions Jaipur, which is the city I have been in all these years. I am not surprised at all.

“The problem is that water is also becoming a commodity we can buy. With privatization of water, we are closer to disaster as people will think they can buy it. Nobody, including the government, will think of conserving it.”

“We need state governments to start demarcating land for water bodies and ensure there is no encroachment. We do not need an elaborate water policy as they will mean nothing if there is no implementation,” Singh said. 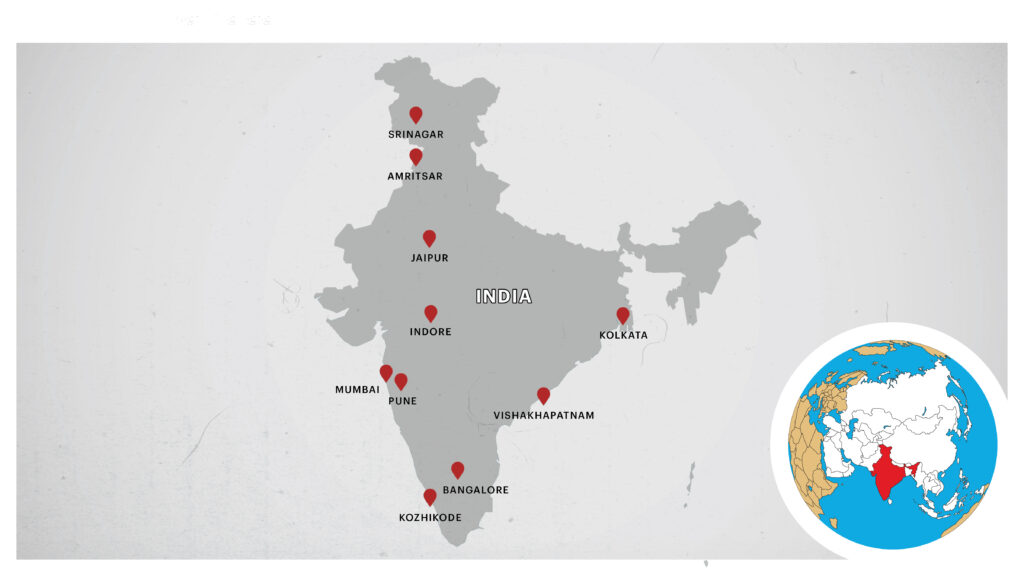 India’s ministry of water, the Ministry of Jal Shakti, released a draft national water policy in March, following on from the country’s water policy in 1987, which was revised in 2002 and 2012. The draft policy aims to rejuvenate groundwater by artificial means.

Water conservationists, however, believe that artificial means will not help these cities out of a water crisis.

Ayyappa Masagi, who runs the Water Literacy Foundation in Bengaluru, said the solution is to reuse water and reduce consumption, in addition to harvesting rainwater. He believes that if this is not done, half the residents of Bengaluru will have to move due to a shortage of water in the next five years.

“If rainwater from one season is harvested properly, it can help sustain for three years,” Masagi said. “People feel water used for us to bathe is not suitable for anything else. The soap in the water has phosphate, which is good for plants. Instead of throwing it away, use it to water plants, which will in turn help keep the moisture on earth.”

Masagi, for his part, has replaced the 2-liter (half-gallon) container his family uses for bathing with a half-liter one.

Amla Ruia, a water conservationist who runs the Aakar Charitable Trust, said that the solution is to plant more trees.

“Soil is the best medium to store water. We need a system where every graduate has planted a tree and nurtured it. It will take time, but it has to be done so that we can get out of this mess in the long run,” Ruia said.

She said the reason so many cities are heading toward a crisis is because water bodies are being meddled with to create concrete structures. “Take for instance, Hauz Khas or Talkatora in Delhi, India’s capital. These were supposed to be reservoirs of water which helped water percolate down the earth. Now these areas are cemented [and] groundwater cannot percolate.”

Out of the 30 cities named in the report, some southern cities, including Bengaluru, Kozhikode and Visakhapatnam, are included. There could be a water crisis despite heavy rainfalls predicted. A recent study by the Indian Institute of Technology’s (IIT) Kharagpur branch stated that southern India will receive more rainfall in the coming years.

Rajib Maity, professor at IIT Kharagpur who led the study, said that upgrading infrastructure is key to India staving off a water crisis. While droughts could occur during non-monsoon seasons, he said, otherwise there is heavy rainfall.

“The problem is that we might not have the management during monsoon to save rainwater for the lean period,” said Maity.

He said that properly maintaining infrastructure and managing existing water supplies are key to preventing drought.

While drought is one kind of water crisis, the other is flooding. This is also of concern to environmentalists and water conservationists, who stress that stormwater drainage systems are essential to tackling water problems.

Ruia said that a robust stormwater drainage system with a way to harvest the water will help.

“Every house should harvest this water. Remember the time in Chennai where there was no groundwater? If every house harvests rainwater, they will have their own source of water,” Ruia said.