Birch spent 24 years working in the NFL office in various roles, most recently serving as Senior Vice President — Labor Policy & League Affairs. Birch was a key figure in the league office, including in matters of the personal conduct policy, drug policy, labor negotiations, employee development, and other issues.

He  was senior vice president of labor policy and league affairs for the National Football League, headquartered in New York, where he oversaw the development, administration and enforcement of the League’s critical policies 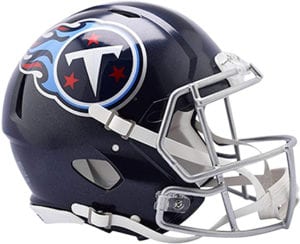 respecting the integrity of the game, including those on substances of abuse, performance-enhancing drugs, gambling and criminal misconduct. Birch also has advanced the NFL’s legislative and political interests, working with federal, state and local officials on league issues such as youth concussion laws, the league’s tax status and the FCC’s blackout rule. Prior to joining the NFL, Birch was in private practice in Houston, Texas. He began his legal career as a law clerk to Judge Thomas A. Wiseman Jr. ’54 of the U.S. District Court for the Middle District of Tennessee. A Nashville native, Birch attended Vanderbilt University Law School as a Patricia Roberts Harris Scholar.

A Nashville native, Birch has a Vanderbilt Law degree and was elected to the Vanderbilt Board of Trust in 2014 and is the Secretary of the Board.