If you ever run into a headless Englishman during your travels around India’s graveyards, monuments and former residences of the British, or if you cross paths with a ghostly upper-class British woman in a flowing white gown, or if you’re caught off guard by a long-dead sentry asking for a cigarette—there isn’t really any reason to be scared or even surprised.

Even though the British rule in India ended in 1947, the ghosts of the Raj are everywhere. At least metaphorically, and some say literally. India’s many languages and cultures are haunted by hearsay and legends of long dead “burra sahibs”—British administrators—who roam in their phantom carriages while their wives and valets flit about their once-upon-a-time estates with little more to do than scare the living.

“Firang (foreign) ghosts make for better tales,” says Kanika Singh, director, of the Centre for Writing & Communication at Ashoka University. Singh also co-founded Delhi Heritage Walks. “However, it is a fact that many of the places where tales of these ghostly sightings abound are where a lot of violence has taken place. The entire Northern Ridge area in Delhi has been witness to some of the most violent clashes between the British forces of the East India Company and Indian sepoys (soldiers) who led the revolt during the Sepoy Mutiny of 1857.”

“The photographs by the British-Italian Felice Beato in the aftermath of the 1857 uprising are horrific,” says Singh. “Dead bodies, human skulls, and bones can be seen strewn about, in some of the images. The large-scale violence and the deaths may have led to the creation of  lores that have been passed down the generations. I can’t claim to have ever seen a ghost, but places like the Northern Ridge and the Khooni Darwaza in Delhi, where Bahadur Shah Zafar’s (the last Mughal emperor of India) two sons and a grandson were shot dead by Major William Hodsonin in 1875, definitely have an eerie air about them.”

“We Indians have a complicated relationship with our colonial heritage,” says Mayank Austen Soofi, also known as The Delhi Walla, who has been chronicling the capital city’s lived history since 2007 through photographs and writing. “We claim to have moved on, yet we still romanticize the Raj and the whole colonial experience hangs around us in the form of history and legend.”

“I spend a lot of time in graveyards and among monuments, but I have never seen a ghost; what I have felt, however, is a connection with the past in the continuum between the living and the dead,” says Soofi. “These ghost stories and “hauntings” are nothing but fiction, however, when fiction is told really well, it becomes an inalienable part of the city’s character and offers a deeper insight into its world.”

Almost every city and town in India that had a British presence has a ghost story or two. And if it’s not the English haunting their old fiefdoms, it’s the souls of the natives who suffered macabre deaths at their hands, now looking for eternal rest.

Here are some of the more interesting haunted sites in Kolkata, Delhi, Shimla and Lucknow, cities that have strong colonial connections.

The Viceregal Lodge in Shimla — once the summer capital of the British — is a grand old building built in 1888 to house the Viceroy of India. The Lodge, now christened the Institute of Advanced Studies, is said to be haunted by one of its former occupants—Lady Curzon nee Mary Leiter of Chicago — whose husband was the Viceroy of India between 1899 and 1905. While the American Vicereine died in England in 1906 of a heart attack, her ghost prefers wandering about her erstwhile home in the Indian Himalayas. 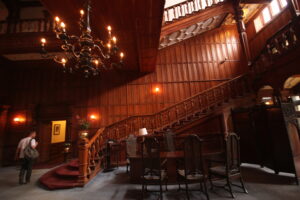 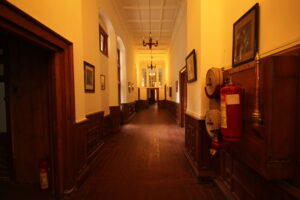 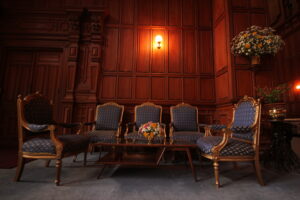 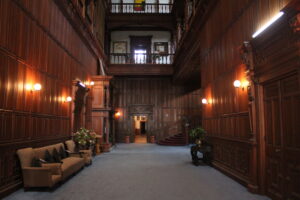 Only the foolhardiest venture into the Northern Ridge at night. The thickly wooded, rocky extension of the ancient Aravalli hills is deserted even by day. Post sundown it’s eerie as hell! The ridge was the site of bloody massacres during the Sepoy Mutiny of 1857, when Indian soldiers led an uprising against their British rulers. It is said that hundreds of dead bodies of Englishmen as well as sepoys were dumped into the Khooni Jheel (bloody lake) within its precincts. Dead children wailing for their mothers, a phantom horseman and English women in tattered clothes are said to roam the ridge looking for eternal rest.

Real estate in Delhi is among the most expensive in the world. However, a mansion on 33 Sham Nath Marg, in the city’s genteel Civil Lines area, lay vacant for many years because the house was said to be unlucky for its residents. Now an office of the Delhi Government, the house has never quite been able to shake off its “haunted” tag. Built in the 1920s by the British as quarters for senior bureaucrats, the bungalow was once the residence of two Delhi chief ministers who could not complete their terms in office. In 2003, another resident politician died due to meningitis, cementing the “jinxed” hypothesis. 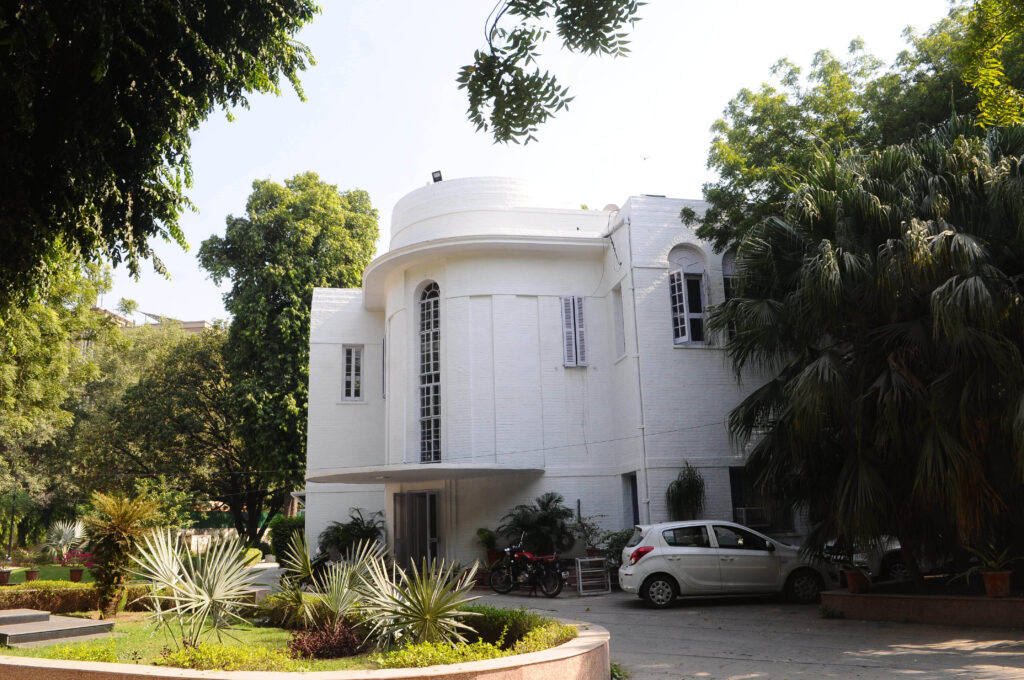 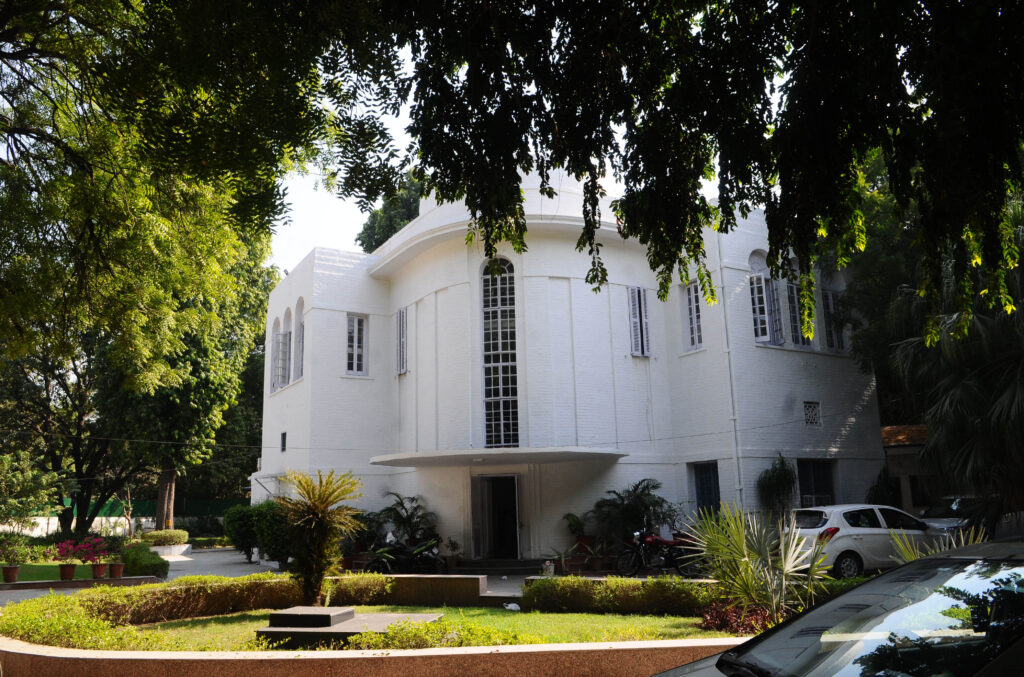 Mutiny Memorial, located in a lonely section of the Northern Ridge in Delhi’s Kashmiri Gate area, was built in 1863 in memory of British and Indian soldiers who had died in the uprising of 1857. Considered one of the most haunted places in Delhi, this 29m tower was the site of a huge munition magazine explosion that killed many sepoys, onlookers, and residents. Daredevils who have passed through this area at night claim to have been accosted by spirits asking for cigarettes! Paranormal “experts” have allegedly sensed “abnormal” vibrations here. 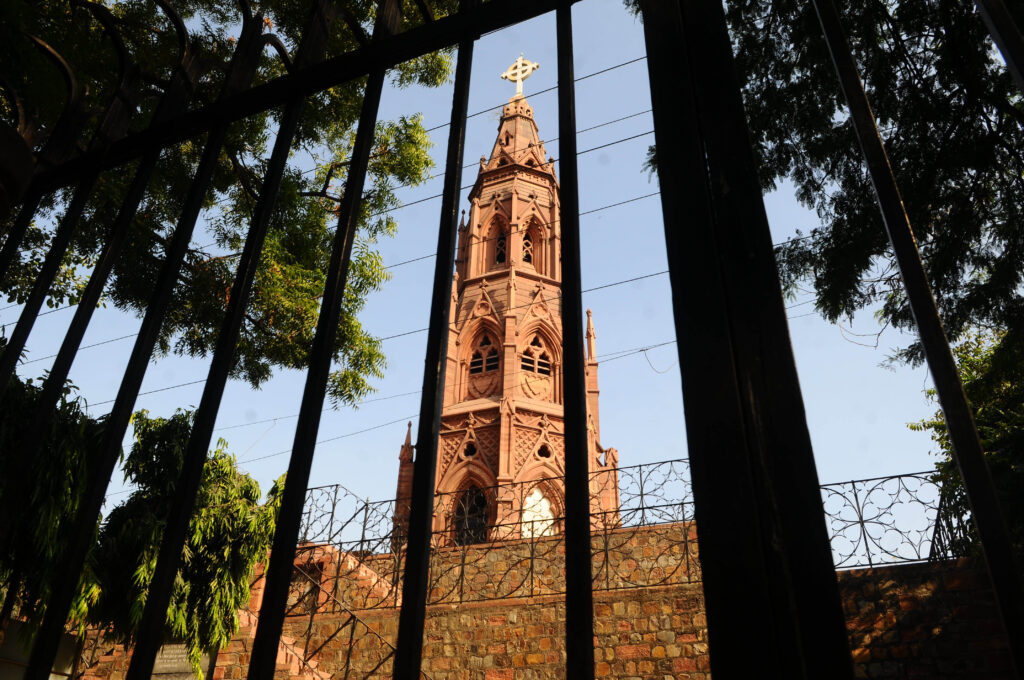 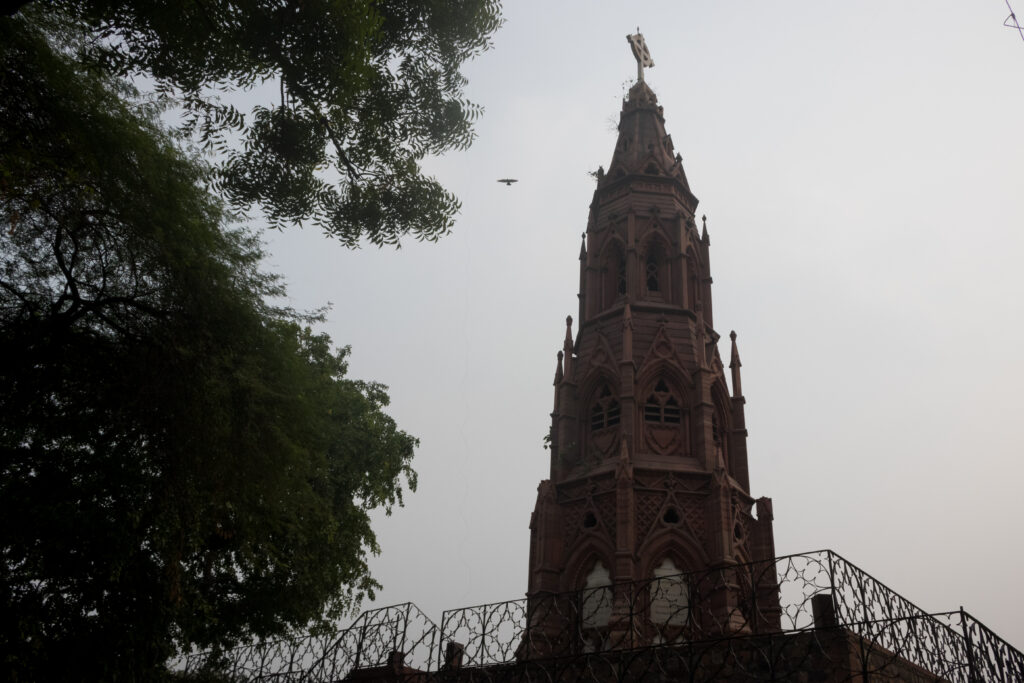 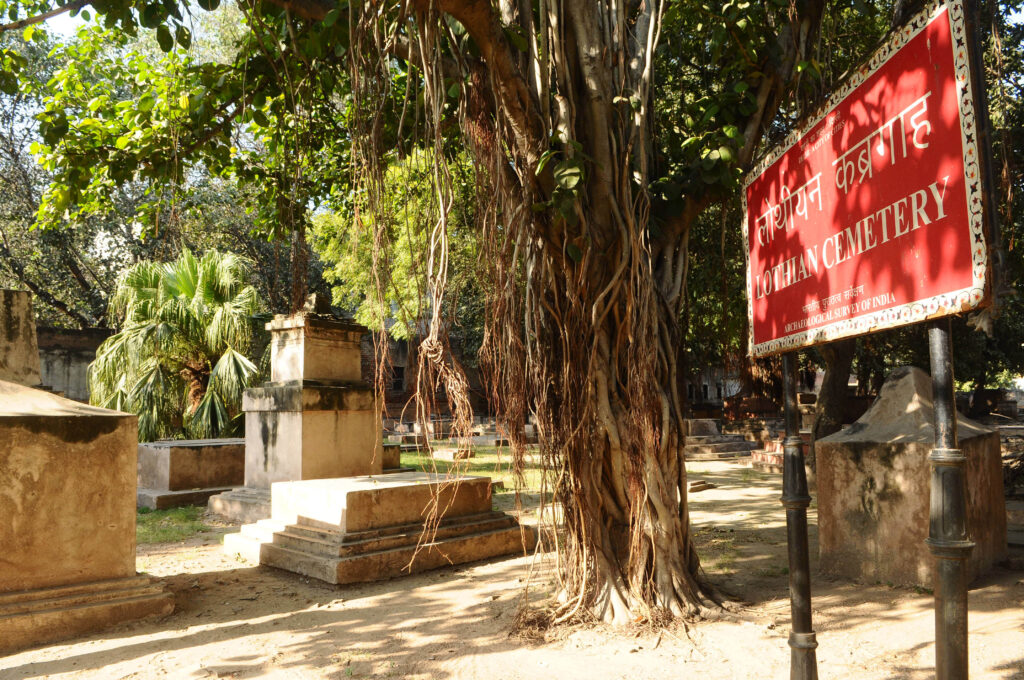 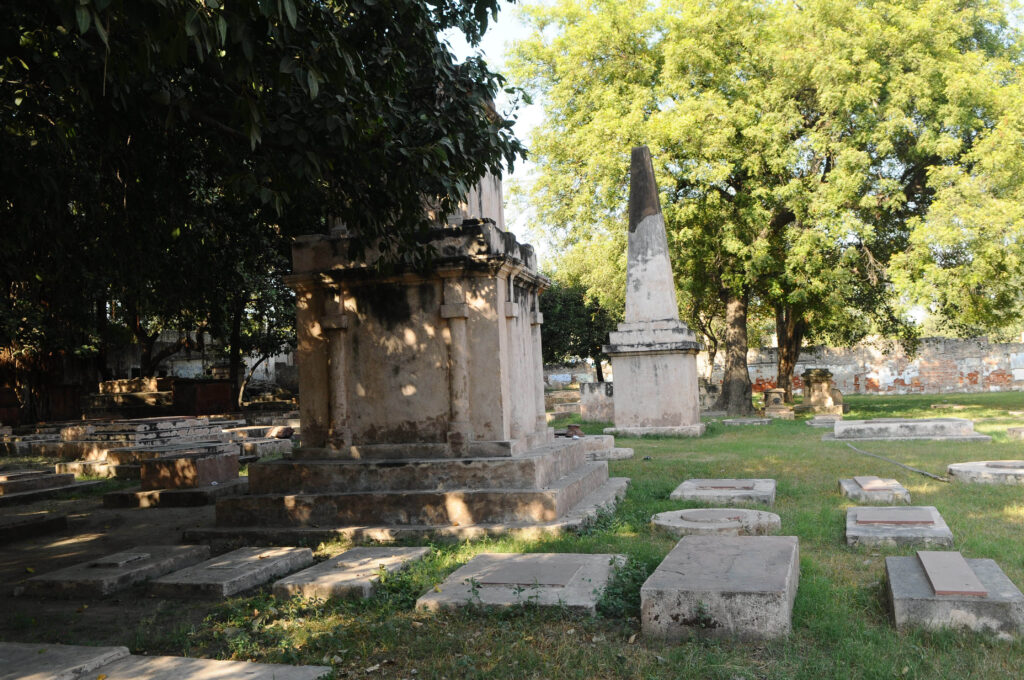 Cemeteries are natural abodes of the “undead” and Delhi’s oldest graveyard — the more than 200-year-old Lothian Road Cemetery — is one where restless Englishmen roam. Here there are graves of the English who died in a cholera outbreak of the 19th century. Ghostly sightings have been reported of a headless British sentry, who had shot himself in the head after his paramour got married to someone else. In addition to a a disheveled woman who sits amongst the ancient tombs and then disappears without a trace. 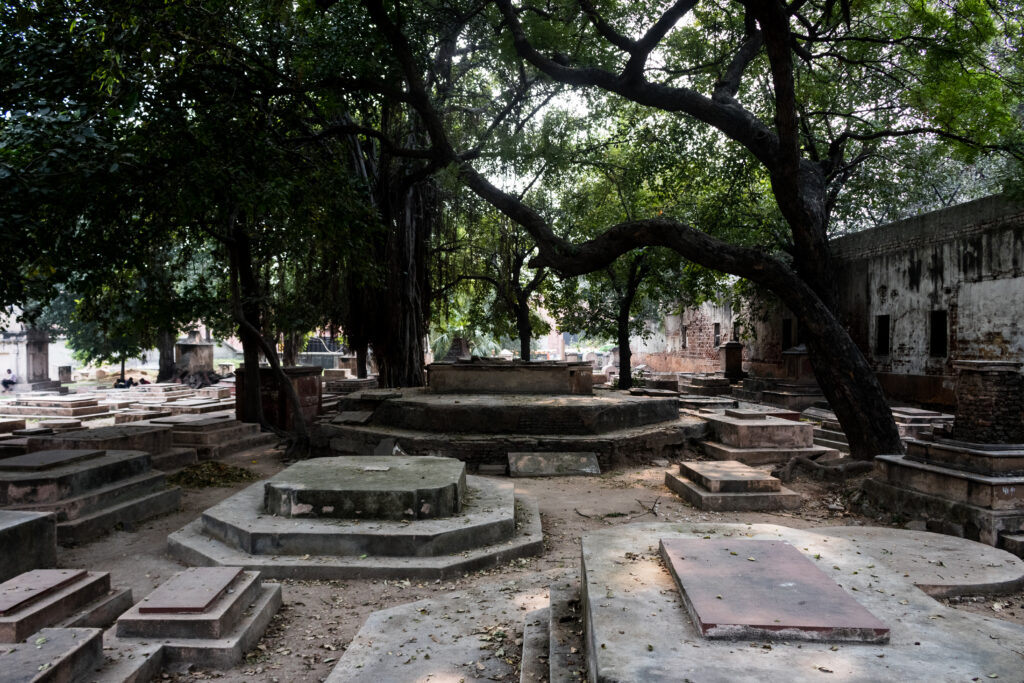 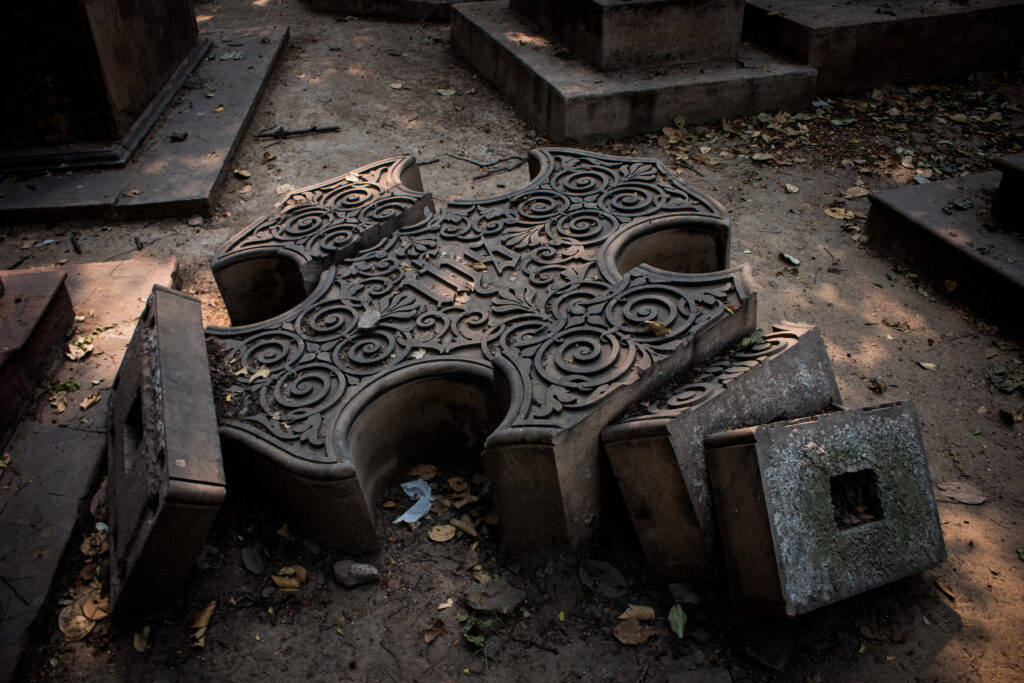 In May this year, when Kolkata was struck by a violent super cyclone, curious onlookers went to see if the Duff College in Jorabagan was still standing. They found that it had survived…buttressed by its framework of trees and protected by its resident ghosts. Built in the mid 1800s by Alexander Duff, the first Scottish Missionary to India, Duff College was handed over to the police in 1920 and became the Jorabagan Police Station. Then then police chief Charles Augustus Tegart, known for his brutality, turned parts of the building into torture chambers to ‘interrogate’ Indian freedom fighters. Later, in the 1970s, in another macabre incident, a seized consignment of country-made bombs exploded killing many policemen. Whether the mansion does indeed have ghosts is debatable, but its forbidding appearance helps reinforce the rumours. 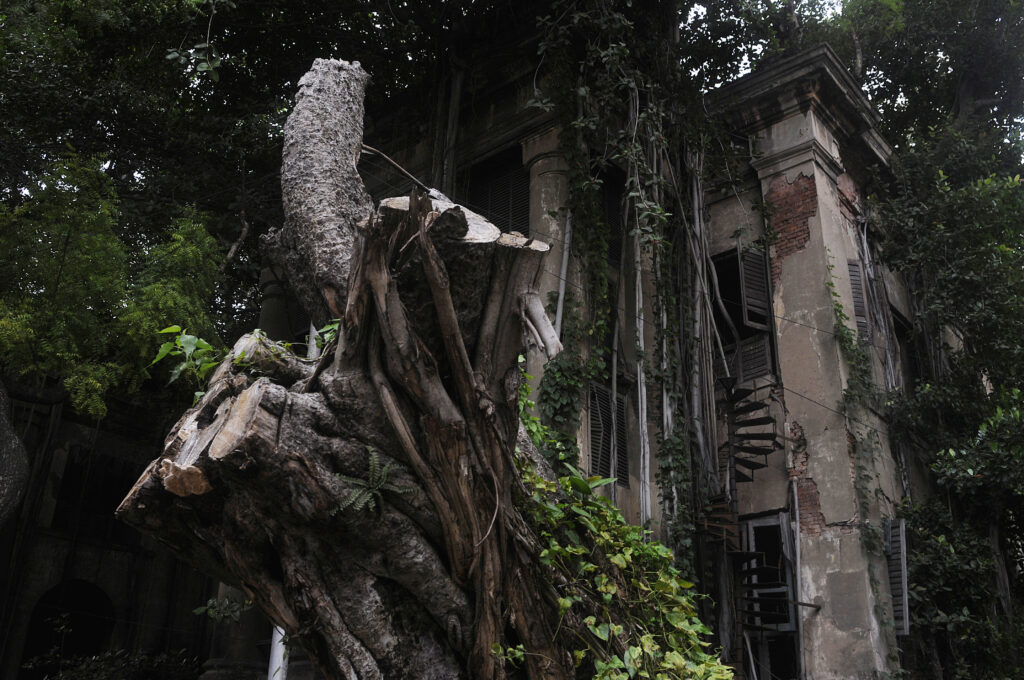 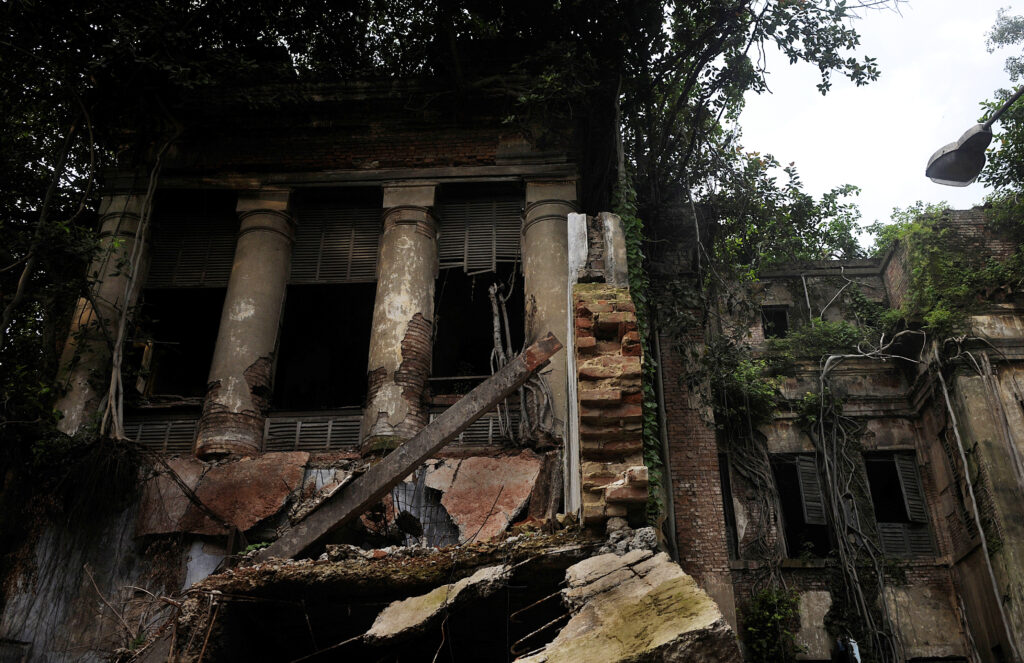 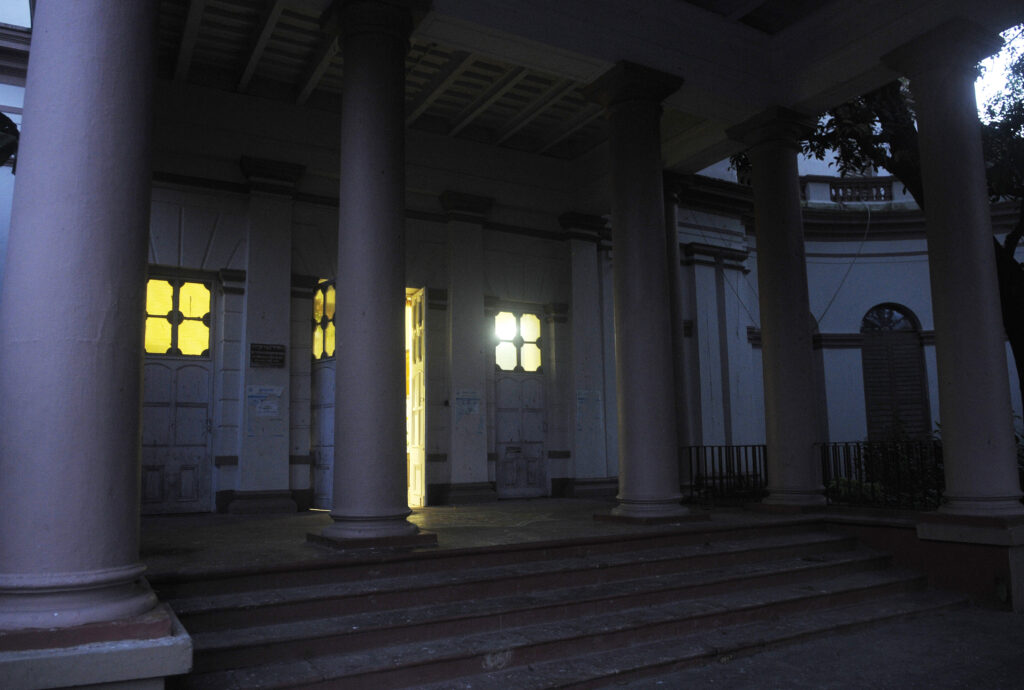 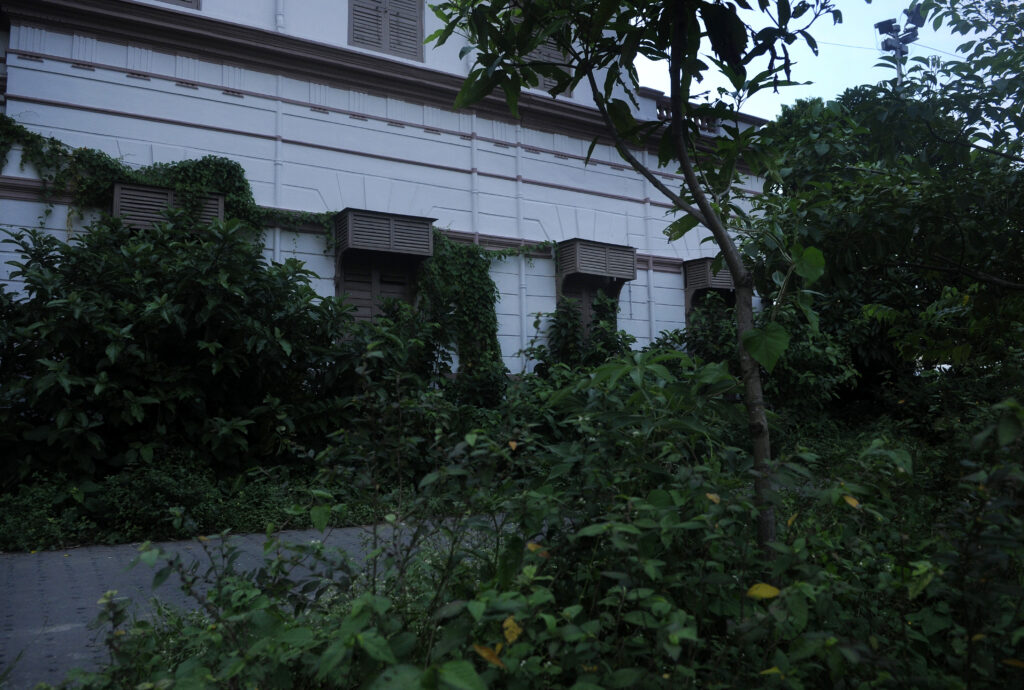 Hastings House, a stately building on Kolkata’s Judges Court Road that was built in the late 1700s allegedly has not one but three ghosts haunting it! This was the “country seat” of Warren Hastings, (the first Governor-General of Bengal from 1774 to 1785) who spent his weekends here with his second wife, the Baroness Imhoff. Legend has it that Hastings often drops into his former residence in a phantom coach and goes upstairs looking for a desk containing important papers that was left behind when he moved to England.

The other resident spooks are a horse who sprints around the estate, and a little boy, killed while playing on the estate. Both keep making an appearance every now and then.

The largest and most well-stocked library in India, was established as the Calcutta Public Library in 1836. Later merged with the Imperial Library and other secretariat libraries, it was opened to the public in January, 1903. The sprawling library built on the picturesque Belvedere Estate grounds, is a go-to resource for scholars and academicians — both living and dead. And more than one living library member has rued how they could’ve conducted their studies better had the long dead Lady Metcalfe (Susannah Selina Sophia) not been breathing reading over their shoulders!

One of Lucknow’s most iconic landmarks, the prayer hall was Built by the emperor of Awadh, Nawab Asaf-ud-Daula, in the late 1700s. And the grand edifice’s construction employed 20,000 people — many of whom dropped dad of exhaustion. Legend has it that the souls of the hapless workers still inhabit this mysterious monument. The Bara Imambara also has a ‘Tehkhana’ (vault) used by the British to jail prisoners. Visitors say their heart-rending screams are still audible. The Bara Imambara also houses the famous Bhool Bhulaiya maze of a 1000 interlinked corridors where one can get lost forever if unaccompanied by a guide.

Once the residence of the British Resident General, these days it holds the dubious distinction of topping several “most haunted” lists in India. Built between 1780 and 1800, it was the site of the siege of Lucknow and pitched battles were fought between rebel Sepoys and the British troops. Even today, the monument is pockmarked with bullet holes and cannon shotS. The adjacent cemetery has the graves of 2000 men, women, and children, including that of Brtish military officer and administrator Sir Henry Montogomery Lawrence who died on duty during the siege. Shrouded in myth and legend, locals insist that Even today, screams and eerie voices emanate from the monument after dark.

The post Haunted India: Ghosts of the Raj Live on Despite 70 Years of Independence appeared first on Zenger News.