NAKURU, Kenya — When Grace Wanjohi, 47, visited a friend at Kinoo estate, on the outskirts of Kenya’s capital, Nairobi, in September 2012, she never imagined it would be the genesis of an online platform that would transform the fight against crime in the country.

During the visit, a group of robbers armed with crude weapons broke into her friend’s house in the middle of the night.

“We heard noises from outside, and on peeping outside, we saw a group of men shouting at my friend to open the windows,” she told Zenger News from her office in Nakuru city, 86 miles west of Nairobi.

Despite her host’s screams, no help came from the equally-terrified neighbors, but luckily the robbers did not harm them. 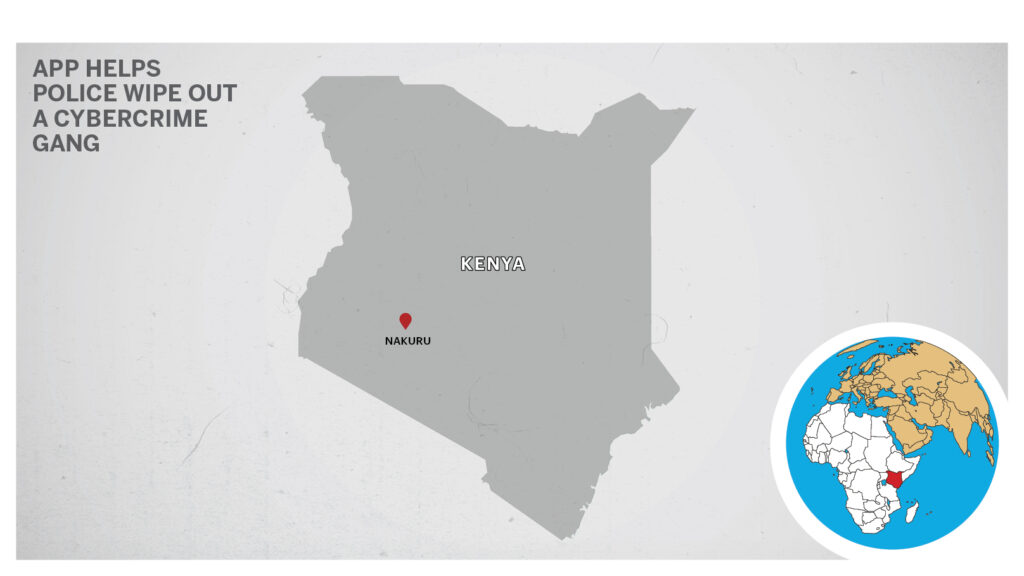 Shaken, Wanjohi and her host let the thugs take whatever valuables in the house they could find.

“The experience traumatized me so much.”

The experience got Wanjohi thinking about preventing such incidences. She is an international relations graduate from the United States International University-Africa.

A few weeks later, she attended a women’s security meeting in Nakuru when the idea of using mobile technology to report crime came to her mind.

With guidance from Kenya’s Ministry of Interior and Coordination of National Government, Wanjohi explored the idea, which later gave birth to the Mulika Uhalifu.

Mulika Uhalifu, which “shed the spotlight on crime” in Kiswahili, is a digital platform that enables people to report crime and related activities virtually and anonymously.

Through the platform, the public can provide information to security officials without fear of being identified.

“This platform was to encourage the public that they have a responsibility in ensuring their security.”

Launched in 2016, the Mulika Uhalifu works through short message codes and an online portal. The app is on Google Play Store.

Information sent through the platform is received by a multi-agency team of top security bosses across Kenya.

When Wanjohi came up with the app, little did she know that it would be instrumental in dealing with a troublesome criminal gang in her hometown of Nakuru.

The Confirm gang was notorious for cybercrimes. For example, its members would pose as agents from banks and mobile communication companies, a trick they used to con many Kenyans by illegally transferring money from their bank and mobile phone accounts.

In 2017, Anne Nderitu, a businesswoman in Nakuru town, lost $1,923 after the gang members cleared her bank accounts dry.

“Someone called me and said he was from my bank and that they were doing some upgrades,” she told Zenger News.

“He identified me by name and phone number. Then, he asked for my account number and national identification number, and in a matter of minutes, my account was dry.”

The police told her there was little they could do, as hackers had used her details to transfer money from her account.

“They were young and bright boys who mastered the art of using technology to scam people. Thousands fell victims.”

The gang operated openly within Nakuru’s informal settlements. To quickly execute their crimes, the band would work under communication masts.

Perturbed by the groups growing activities and worried by the huge number of unsuspecting Kenyans losing money to the gang, the Kenyan government in 2016 listed Confirm among 90 outlawed groups.

Initially, public members were reluctant to provide information to security officers on the gang’s activities, fearing retaliation from the team.

“The gang was dangerous, and people dared not talk about it lest you become a target,” James Omondi, a resident of Kivumbini estate in Nakuru, told Zenger news.

Some police officers were suspected of working with the outlawed group, revealing anybody who provided information regarding their activities.

John Kimotho, a resident of the Flamingo estate in Nakuru, was attacked just days after he volunteered information to the police regarding the group’s activities.

“I got wind of a crime some members were planning and reported to the police, but one night while walking home, they descended on me for setting them up to the police,” Kimotho told Zenger News.

The mistrust between the public and security officials gave the gang free operating space because victims of their acts feared recording statements with the police.

But with the entry of the anonymous crime reporting platform, the situation changed. The police quickly closed in on the group, which had given birth to 25 gangs spread across most of Nakuru’s informal settlements.

Ibrahim Ogeto, a member of the community policing committee in Kivumbini estate in Nakuru city, said the Mulika Uhalifu digital platform was critical in helping the police bring down Confirm.

“The Confirm gang had grown beyond control, and it was hard for the community to collaborate with the police in dealing with it,” he told Zenger News.

“Mulika Uhalifu platform enabled community members to share crime intelligence with the police, and this has helped reduce crimes that were being committed by the gang.”

Ogeto said that through information shared by community policing committees through Mulika Uhalifu, many Confirm gang members were arrested or killed by the police.

Raphael Gonzales Omondi, 26, and Nicholas Opati, 24, were once members of Confirm who served three years in prison in 2017 for obtaining Sh80,000 ($769) from a business person, posing as agents of a mobile money transfer company.

The businessman reported the incident through Mulika Uhalifu, and detectives, through mobile phone tracking services, captured the duo as they tried to escape from the city.

“I was recruited into the gang by a neighbor who told me that I would be rich within a short time, and I quit school,” Omondi told Zenger News.

For Opati, seeing his friends who were Confirm gang members live a “wealthy” life lured him into joining the group.

Last year, the two were released from prison and underwent technical training at a local vocational center with government sponsorship.

Beatrice Osiako, a primary school teacher, lost her two sons, who dropped out of college to join the criminal gang in 2019.

The twins were second-year Information Technology students at Kenyatta University.

She noticed a change in her sons’ lifestyles, and when she questioned them, they took offense, ran away from home, and later dropped out of college.

“All of a sudden, they started owning things that were well beyond our family means,” Osiako told Zenger News.

“I later came to learn that they had joined the Confirm, and that is where they met their deaths.”

The two were killed after they attacked police officers who had ambushed them in their hideout in Nakuru.

The police told her that her 23-year-old twins were part of an online syndicate hacking people’s mobile phones to transfer money from their wallets.

With the help of intelligence gathered anonymously through Mulika Uhalifu, security officials have subdued Confirm, forcing the remaining members to resort to petty crimes like muggings, pick-pocketing, drug peddling, and burglary.

“The Mulika platform does not reveal the identity of the person reporting or giving information about gangs activities, and this has encouraged more people to come out and provide us with intelligence which we have acted on,” she told Zenger News.

“When you look at the number of cases of people losing money from their banks or mobile phone wallets, you will notice a big drop because of the intelligence we get from Mulika Uhalifu.”

The digital platform has been expanded to enable Kenyans to report other issues, such as poor service delivery in government offices, as well as suspected graft cases.

Mulika Uhalifu was recognized for its uniqueness in March 2021 by the Global Innovation Exchange, an international development technology platform for innovations.