NASHVILLE, TN – A federal judge in Memphis has ruled the Memphis police (MPD) must stop spying on people who are politically active and ordered MPD officers undergo training to stop treating them like criminals.

The October 26 decision reaffirms a 1978 court ruling that stopped police surveillance and infiltration of activist groups at that time. The American Civil Liberties Union (ACLU) argued the original case, Kendrick v Chandler, and they filed briefs in the current case, Blanchard v. City of Memphis. Both lawsuits claimed the MPD engaged in dirty tricks that violated 1st Amendment rights. The current case was filed Feb 22, 2017 and involved police spying on members of Black Lives Matter.

In an extraordinary 47-page decision released October 26 in Memphis, U.S. District Judge Jon McCalla found the MPD guilty of violating the 1978 consent decree and he ordered the MPD to stop filming protestors at rallies and to stop sharing information with the Department of Homeland Security and other law enforcement agencies unless it was gathered during a verified criminal investigation.

McCalla appointed a monitor to supervise MPD’s political intelligence-gathering and he ordered MPD to train its officers about the decree, what behaviors are prohibited and what constitutes proper police procedures when it comes to citizens’ civil and political rights.

In the order, the judge wrote, “Every community must decide how to ensure an appropriate balance between public safety and protecting personal rights … By successful implementation of the Consent Decree, MPD has the opportunity to become one of the few, if only, metropolitan police departments in the country with a robust policy for the protection of privacy in the digital age. The Court recognizes this may be a heavy burden; being a pioneer usually is.”

“This ruling is a tremendous victory for free speech in Memphis and nationwide,” said Thomas H. Castelli, ACLU-TN legal director. “The court not only recognized that under the consent decree Memphis residents enjoy even stronger free speech protections than those afforded by the First Amendment, but that this uniquely positions Memphis to be a standard-bearer for cities across the country as they wrestle with how to protect individuals’ privacy and free  speech in the face of ever-growing surveillance technologies.”

McCalla ruled against the MPD tactic of “friending” dozens of people on Facebook in order to gather intelligence. He ruled against MPD’s blacklist of “suspicious” characters who had to have police escorts to enter police headquarters, including the mother of a young black man shot dead by Memphis police. He did not order police to stop using the Internet and social media to gather information but he ordered that it be restricted to legitimate criminal investigations.

While technology has gotten smaller, cheaper, and more ubiquitous in the 40 years since the original decree, digital devices are double-edged swords. Police are using body cams in Lebanon and Clarksville. Nashville has set aside $15 million to introduce body cams next year and MNPD is testing different models now.

For example, a Metro police officer in civilian clothes filmed protestors in front of the Renaissance Hotel October 23. He was using a bodycam mounted on a monopod and stayed behind police barricades that separated members of the No Exceptions Prison Collective from attendees to a Chamber of Commerce event.

Such surveillance might be allowed in Memphis under the new order but could not be used to compile dossiers on people who are exercising their Free Speech rights. 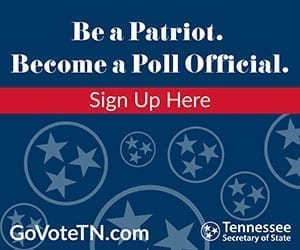