Nearly four years after Obama’s two-term presidency, the political promise he represented might finally be fulfilled.

By Uwe Bott and Stephan Richter
The Globalist

During the 2008 presidential primaries, one of then-Senator Barack Obama’s lines gained prominence: “Change is coming to America.”

And yet, after President Obama had ended two terms in the Oval Office, people felt underwhelmed with the progress that had been made during that time.

Some felt that much of Obama’s presidency had been undermined by obstructionist Republicans. They even denied him the right to get approval for a Supreme Court nominee almost a year before his second term ended, a particular slant against the first African-American president. 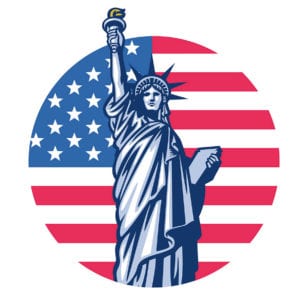 Others felt that President Obama had failed to press hard enough for his agenda and had simply folded when pressured not just by the Republican opposition, but also from conservatives within his own party.

And a third group thought that Obama got caught up in the all-too-tempting trappings of simply being president. There probably is some truth to all three views.

Has the Obama moment finally arrived?

But now, things are different. It took a perfect storm of horrific events. The first one was the election of Donald Trump, who really is nothing short of being a white, misogynist supremacist.

The second is the outbreak of the worst pandemic since the Spanish Flu and the utter incompetence with which the crisis was managed by the Trump Administration. Third, the unspeakable depression-like economic fallout from the pandemic.

And the fourth event is one of the most blatantly racist murders of a black man on the streets of Minneapolis, painfully asphyxiated by a smug, white police officer. Thanks to the civic courage of a brave 17-year-old bystander, the entire world is now familiar with those eight minutes and forty-six seconds of utter horror.

Will the U.S. finally turn around?

Since that moment, Black people, white people, brown people and people of all races have flooded the streets in towns and cities across the United States and even across the world. These people demand justice and effective change.

Expressing their civic dismay, they stare down not only the police and the establishment, but also the risks of getting infected during the times of a pandemic.

It is now for Americans to seize the moment. All Americans. And seizing the moment means addressing the entirety of the United States’ fallibilities.

First, the lowest hanging fruit: Police brutality. States all across the United States are making major changes in their policing practices and enshrining those changes in law. This is sweeping the nation like a tidal wave.

But so much more must be done. The police force must be demilitarized, from its equipment to the preference of recruiting former military service personnel.

The use of lethal force must be legally limited to cases where there is a clear and imminent threat to life (and not just a very subjective feeling of being threatened). Moreover, all force must be proportionate to the threat.

All drugs, including hard drugs, must be legalized and regulated. The United States should look to Portugal as an example, where such action not only lowered crime, but also reduced drug addiction.

Instead of the police being used as an all-round intervention force, the use of other services to manage crisis situations such as mental health and domestic violence should become much more prevalent.

Finally, make crisis de-escalation your number one, number two and number three class in police education. And increase police training to 1-2 years, as is the case in other developed countries like Germany (2 years).

This is an issue that is much harder to address because it is systemic and often difficult to detect. Political reforms focusing on the criminal justice system, public housing and more aggressive policies against private sector discrimination are an essential part of the answer equation.

But the real change here must take place in the hearts and minds of all Americans (and people around the world, to be sure).

Racism is an ugly beast, but it is also often an invisible beast. It requires enlightened leadership at the federal, state and local level. Americans must be confronted with their own prejudices. All prejudices.

The younger generations ought to be able to lead on that score. The non-black protesters are largely young. Many of them relate very closely to African-American culture, such as rap music. This is good, but not enough.

This source of dismay, as so many other American ills, disproportionately affects racial minorities. Much more so than police brutality, it also engulfs a wide range of the country’s white population. In fact, Bernie Sanders’ social “revolution” was largely driven by young, white people.

Like in the case of police brutality, this might be a unique moment in American history to adopt what Western Europeans have enjoyed for a long time — a social safety net to buffer maldevelopments in their market-driven economies.

The pandemic is driving a powerful point home right now. Americans are more vulnerable to the effects of the public health crisis and an economic depression than Europeans because of the absence of any meaningful safety net.

No end in sight for the fallout?

All of this is becoming abundantly clear as now the threat of evictions is rising just as the immediate health crisis might be abating. The risk of permanent unemployment is also increasing even though the U.S. economy might recover. The order of priorities in life have permanently shifted.

Now is the time to tackle America’s long-unfinished agenda and promise of a “government of the people, by the people and for the people.”

Unless this trifecta of severe ills is addressed now, the United States’ promise will vanish. But if sincere reforms now take shape, then maybe sooner than we might think Americans of all races might cheer: “Free at last, Free at last. Thank God almighty, we are free at last.”